Borussia Dortmund will be starting their 2022/23 campaign soon and have a lot of high hopes going into this season. The German club will be once again playing in the UEFA Champions League this season, and they are targeting silverware. Edin Terzic is the new man in charge of the club, and he will hope that his team gets settled as early as possible. The manager has new attacking options available to him this season. Erling Haaland’s departure opened doors for new players, and Dortmund signed a couple of them in the summer. Let us look at the new manager’s attacking options.

The German club signed Sebastien Haller as Haaland’s replacement and Karim Adeyami from Salzburg as a future prospect. The other attacking options for the manager are club captain Marco Reus, teenage sensation Yousouffa Moukoko, Donyell Malen, and Julian Brandt. The manager is likely to use these players to lead the attack. 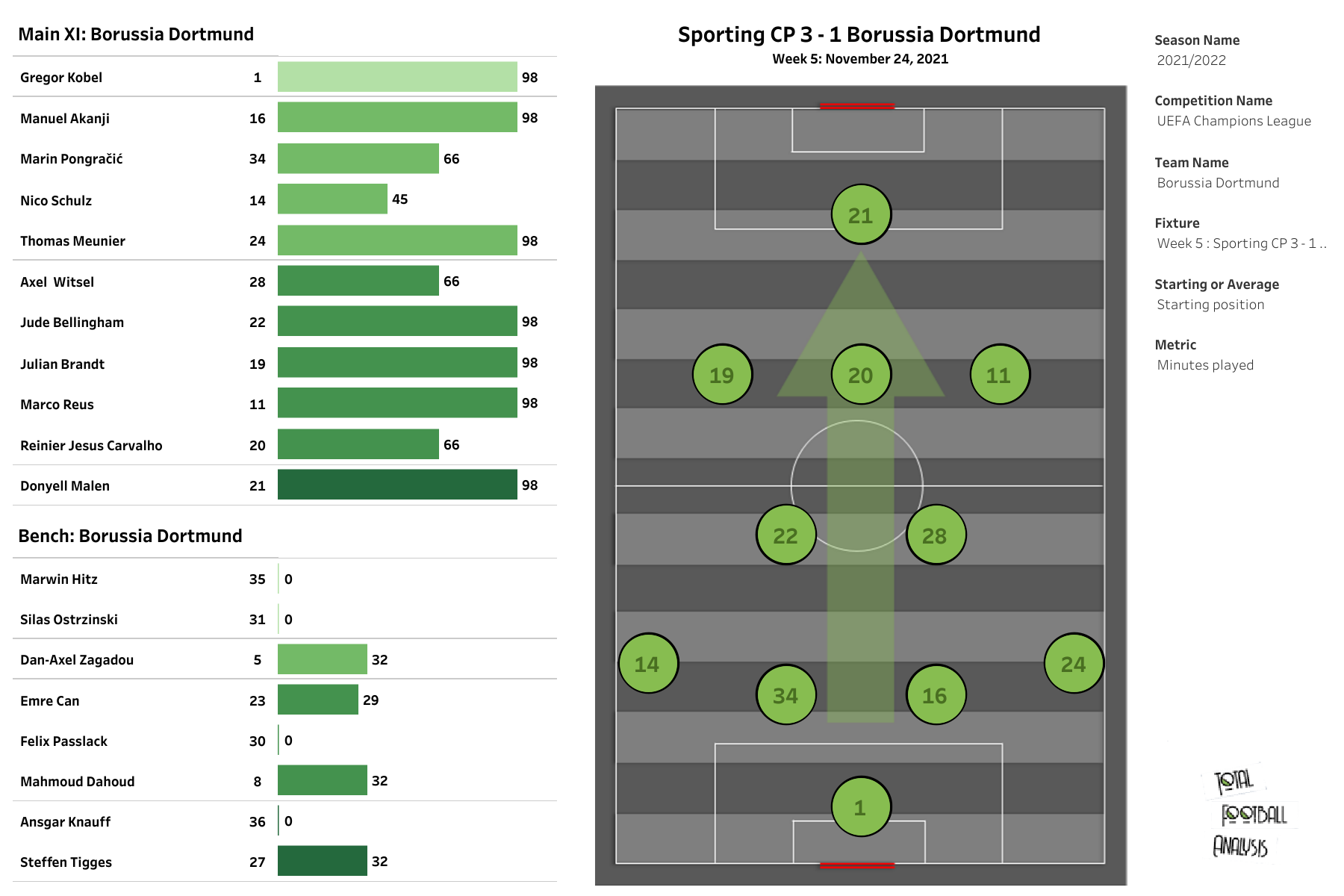 Borussia Dortmund are likely to feature in a 4-2-3-1 formation. The above viz shows the formation from one of their UEFA Champions League matches. Terzic has also used the same formation in friendlies and is likely to sit with it. 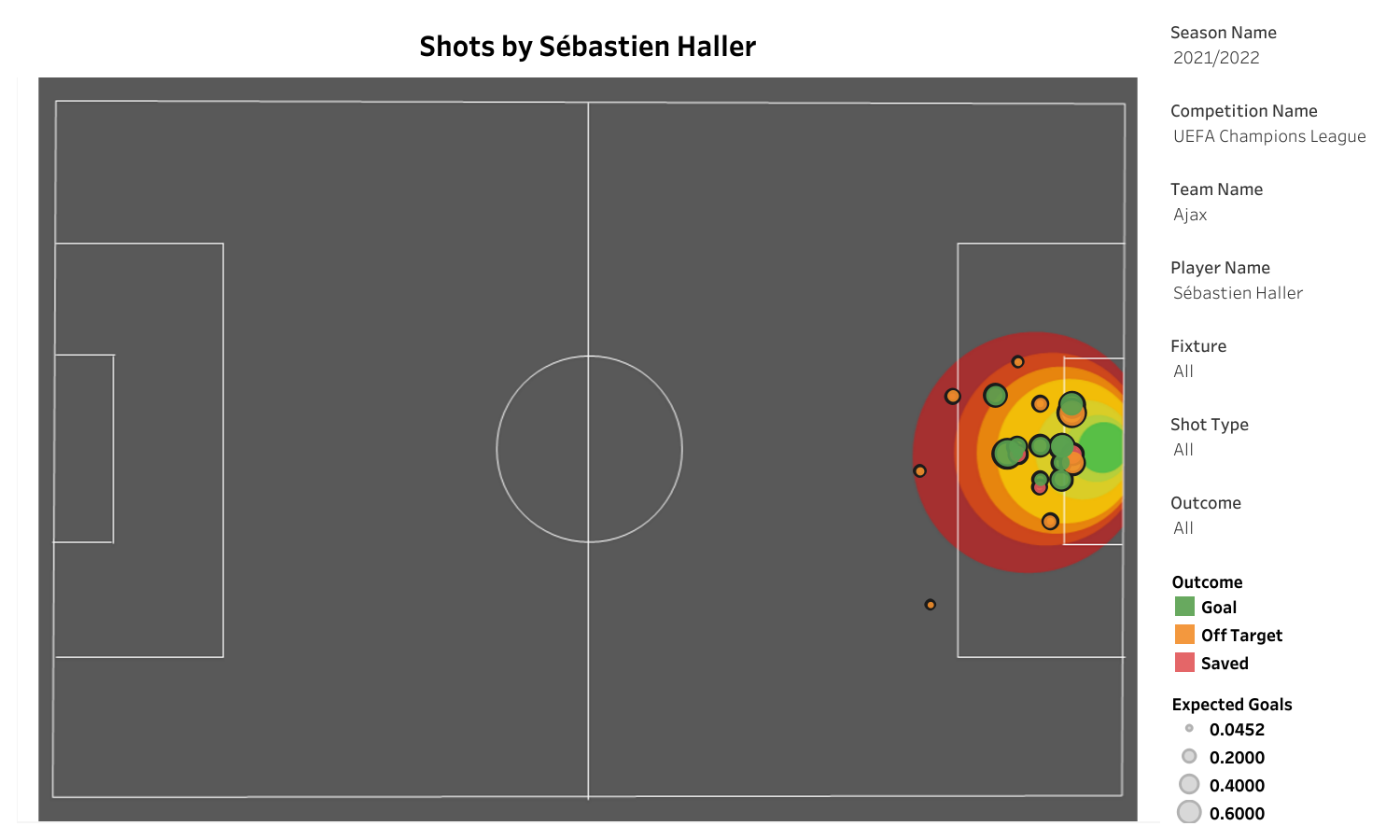 Haller was expected to lead the line for Dortmund this season. Unfortunately, the striker has had to undergo surgery before the start of the season. He came into the limelight last season after scoring 11 goals in eight appearances in the UEFA Champions League. His tall figure allows him to win aerial duels, and Haller also has a good striker’s instinct and gets behind the passes quite easily. He will be an asset for the German club this season. 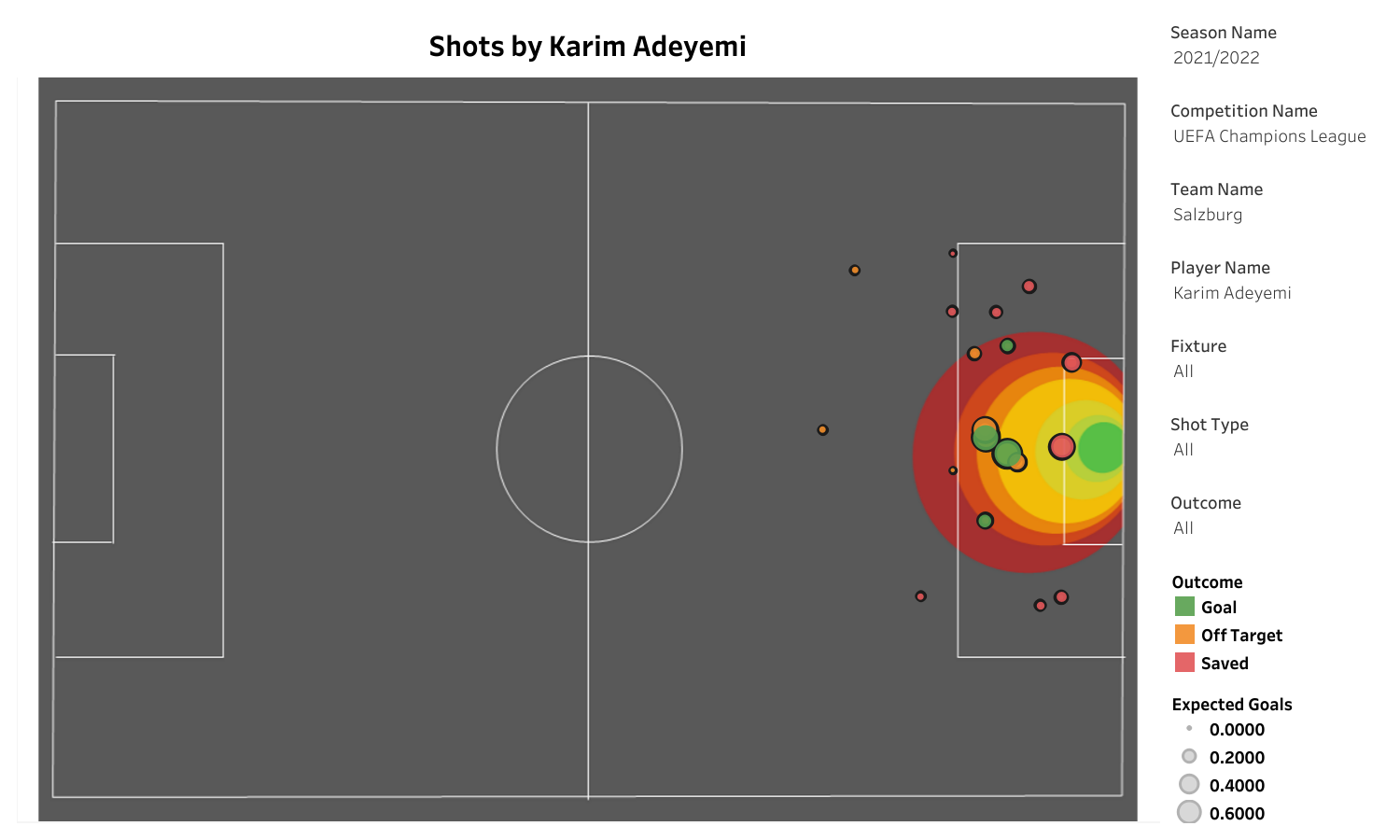 Adeyami is another 20-year-old talent that Dortmund have added to the squad this season. He can lead the line and even play on the flanks. The player scored four goals in the UCL last season. This time, he will be aiming for more.

Reus is likely to play the number ten role for the team, with Adeyami on one side and the likes of Malen, Brandt, Wolf, and Hazard on the opposite flank. Reus is the most experienced and will play a crucial role this season.

Edin Terzic has a mixed attack comprising of experienced and younger players. He will try to make a perfect combination of players who can score goals and become effective for their team in one way or the other.