İlkay Gündoğan is set to leave Manchester City after joining the English club from Borussia Dortmund in 2016. In his six-year spell at the Manchester club, he won four English Premier League titles and one FA Cup, and his team were runners-up in the UEFA Champions League 2020/21 campaign. Now, the 31-year-old midfielder will look for a new club, and his former club should consider re-signing the player for his second spell at the club. Gündoğan was a vital part of Pep Guardiola’s plans at Manchester City. He played a crucial role in winning the league by scoring some important goals.

The German midfielder made 27 English Premier League appearances, and seven of those came off the bench. He managed to score eight goals and also provided four assists in the tournament. Gündoğan was the main reason Manchester City became league champions this season. He came off the bench and scored two goals against Aston Villa in 23 minutes to complete a comeback and victory in the last match of the season. 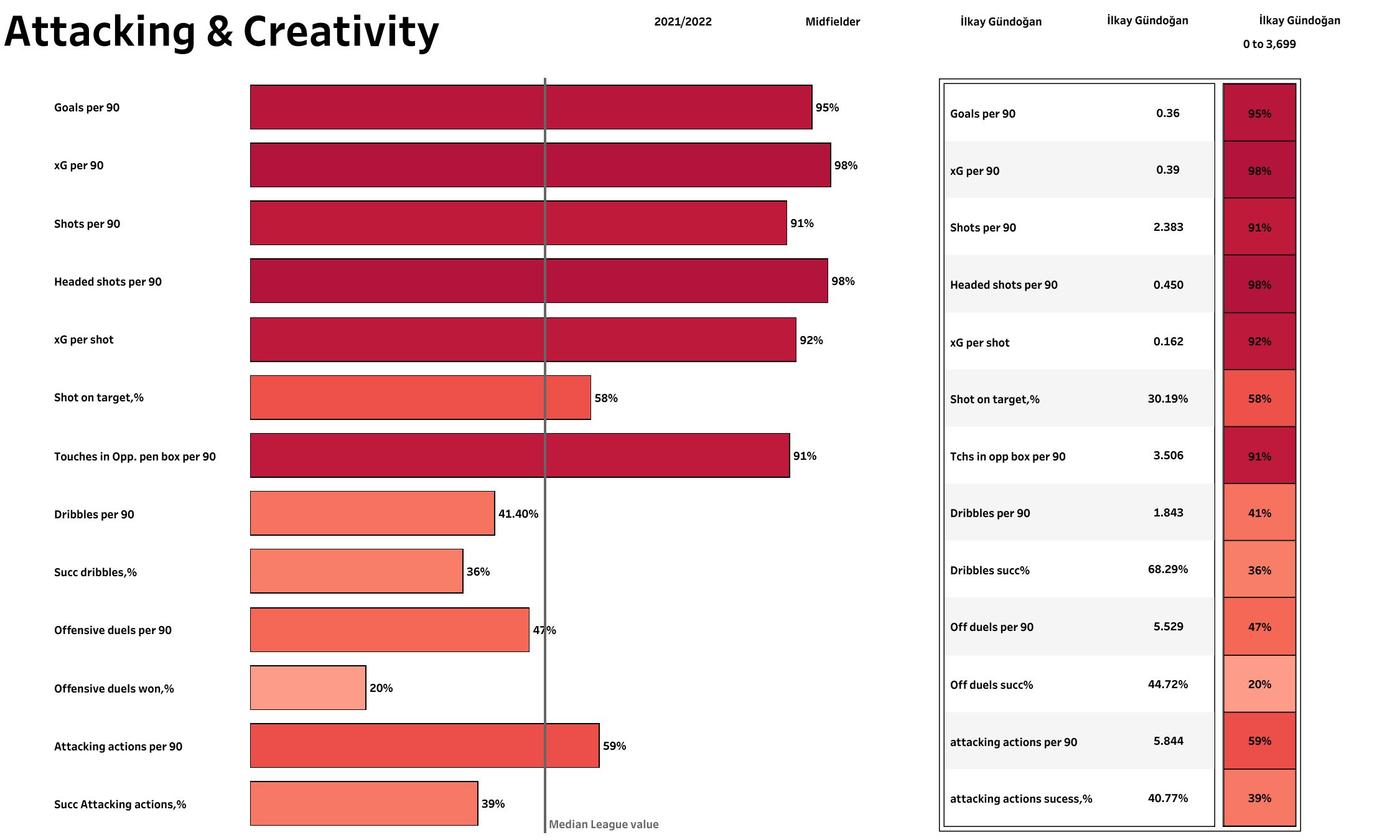 When looking at the above chart, the general rule is that the longer the bar, the better the performance — you can see the league average in the middle, and the % is the percentile rank the player is in. The above stats show the percentile rank in comparison to the other midfielders in the league. Gündoğan was one of the highest goal-scoring players per 90 minutes as he averaged 0.36 goals per 90 minutes. The player also averaged more than three touches inside the opposition’s penalty box per 90 minutes. He likes to take goal-scoring positions inside the opposition’s penalty box. 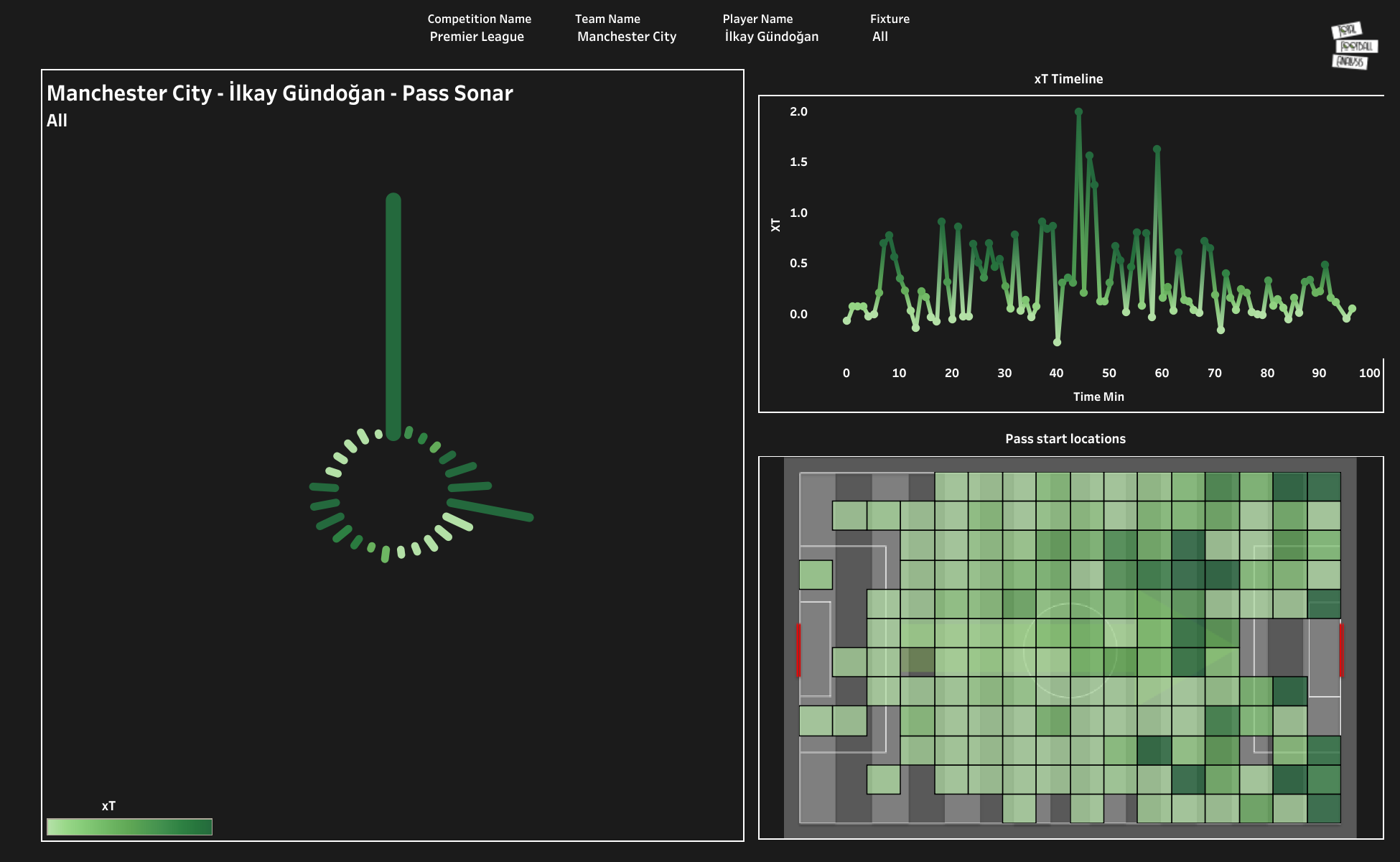 Gündoğan plays as the left central-midfielder for his side. The above viz shows the pass starting location as well as the threat created from passes at different intervals. Gündoğan covered a lot of areas on the pitch and created the highest threat from passes attempted from just outside the opposition’s penalty box. He also likes to make wide runs and get involved in the play. The xT timeline shows that the highest threat was created from passes attempted towards the end of the first half and the start of the second half. 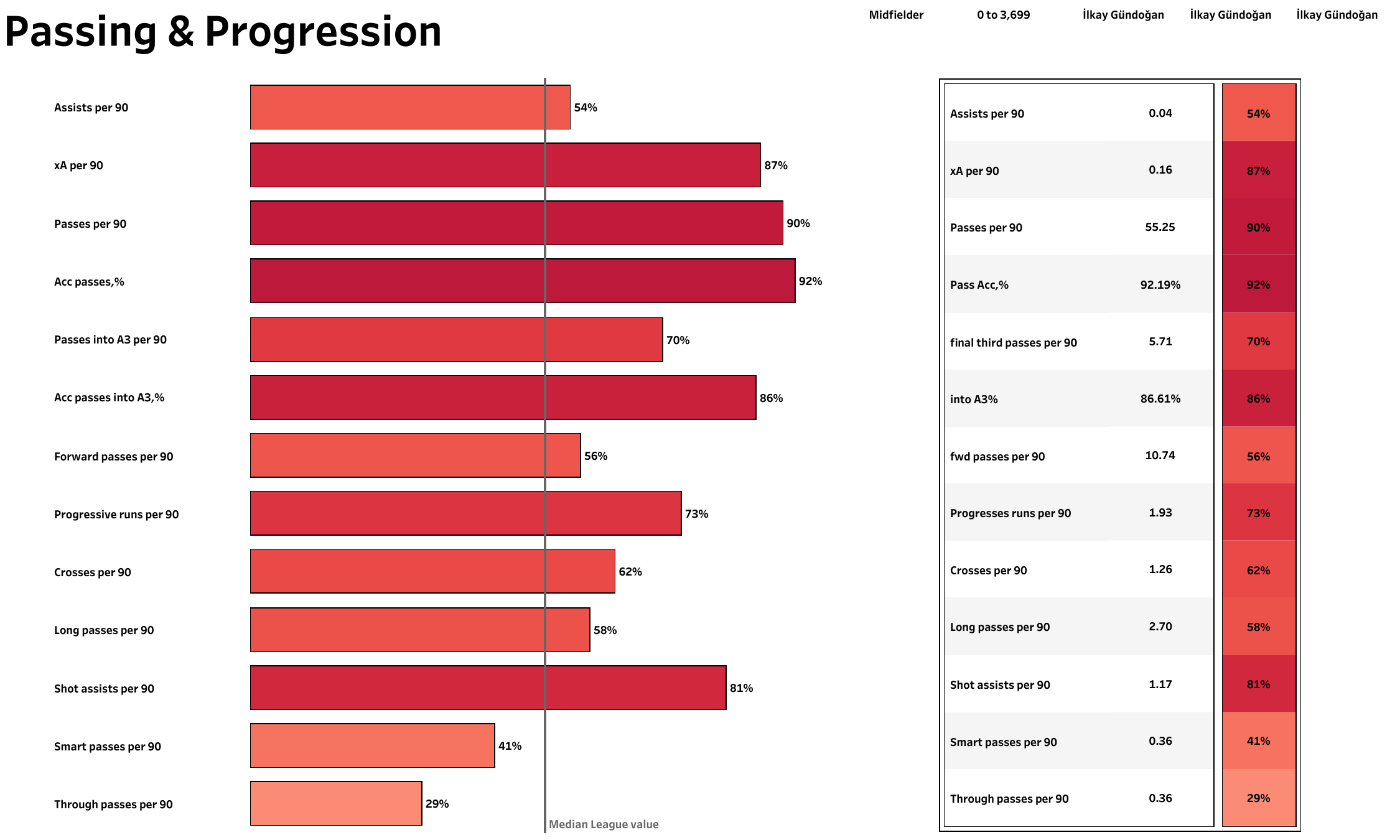 Overall, Gündoğan averaged 55.25 passes per 90 minutes with a high accuracy rate of 92.19%. He is very dangerous with the ball at his feet and attempted 5.71 passes into the opposition’s final third with an accuracy rate of 86.61%. 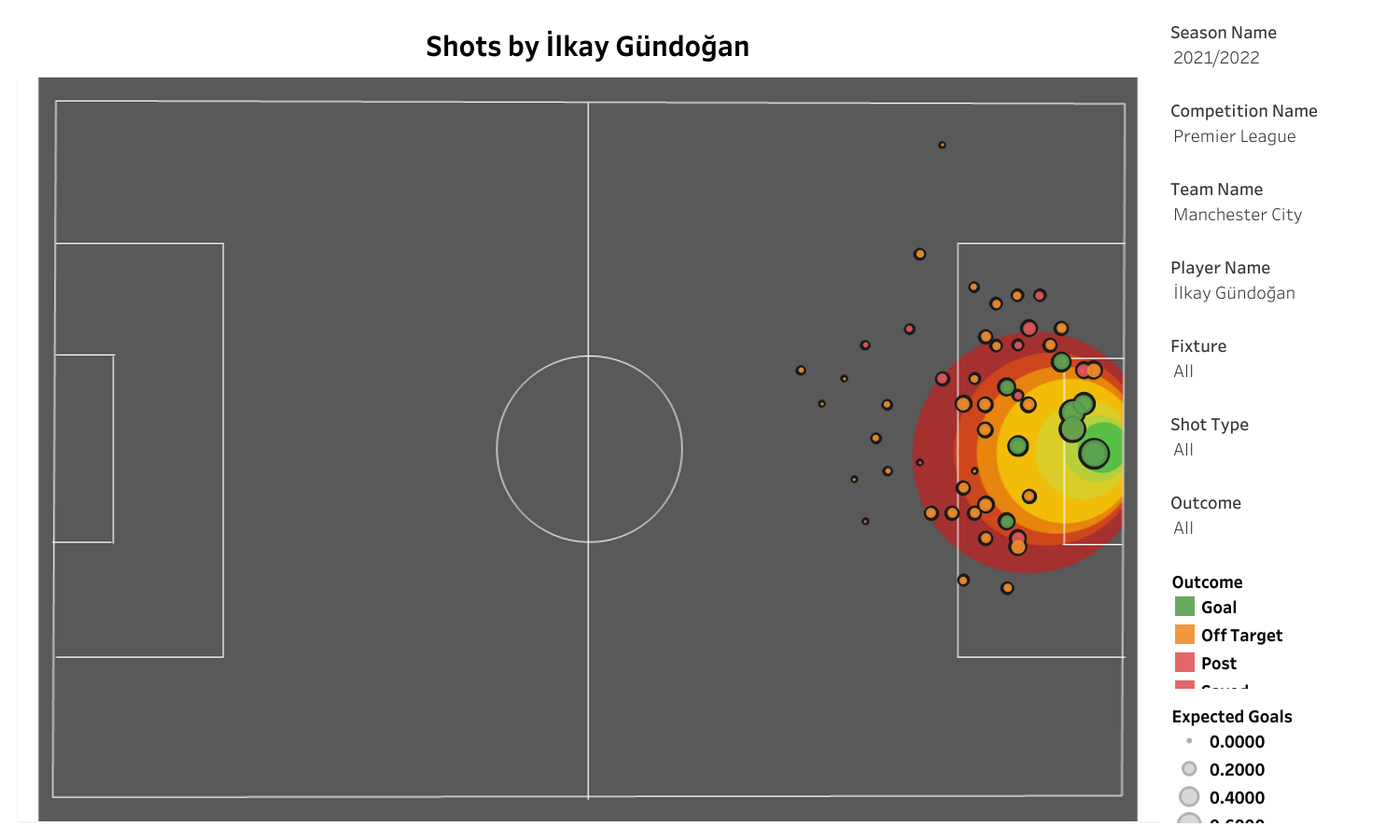 Gündoğan could turn the fortunes around for Borussia Dortmund and help them win back the Bundesliga title from Bayern Munich. He brings a lot of experience from winning the league with him. İlkay Gündoğan can provide magic moments that could help Dortmund to reach new heights and secure points in tough games. His ability to find space inside the opposition’s penalty box is one of the greatest tools in his armoury., and he could be a great addition to the Dortmund squad.