We now take a look at his stats and how the young Englishman has proven himself in one of Europe’s toughest footballing competitions. 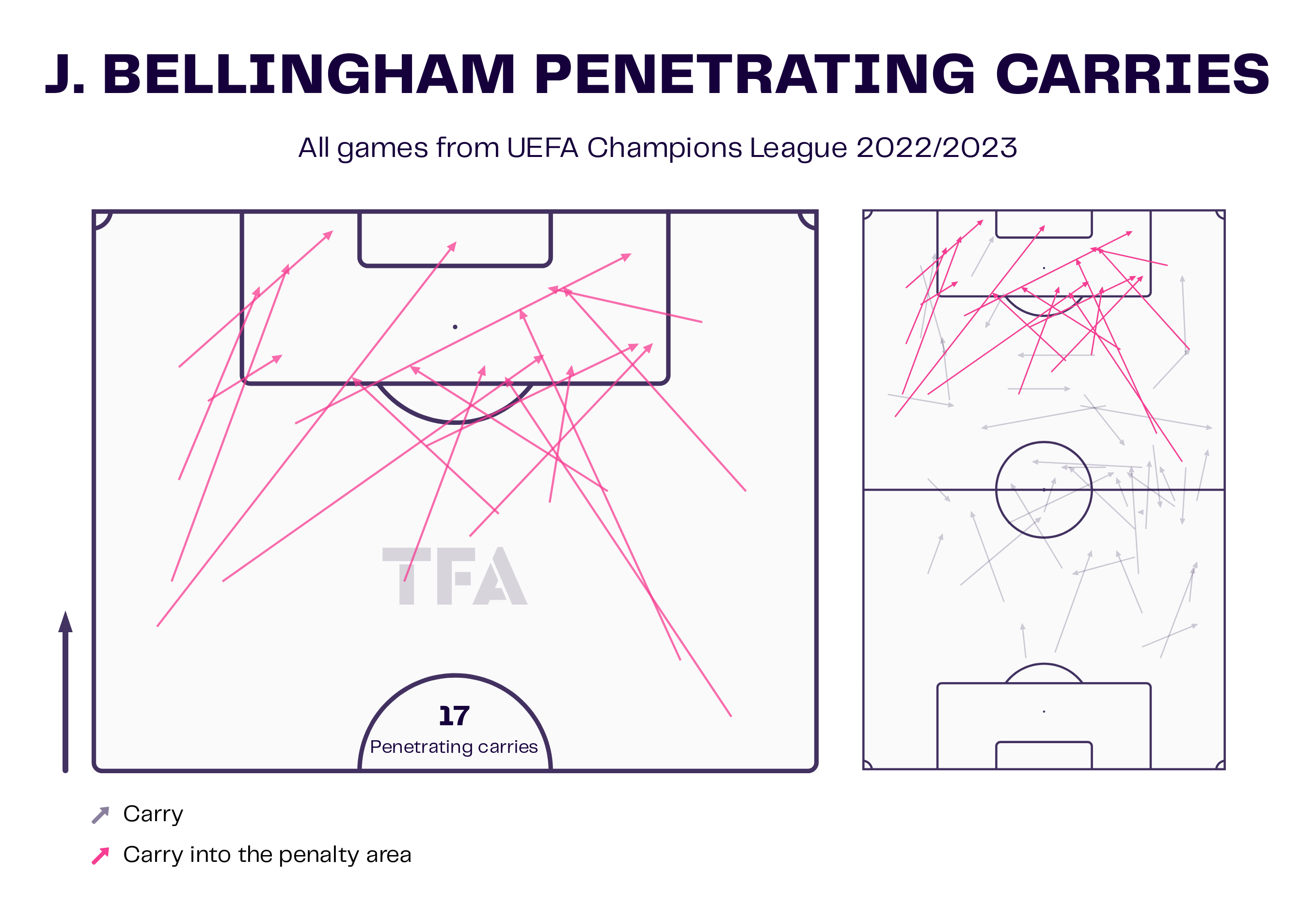 Bellingham has been instrumental in Dortmund’s successful campaign in the Champions League this season. He has scored four goals so far in the competition and has one assist to his name. He is currently one of the best talents in world football and was one of the finalists for the Kopa award by France Football. His ability to drop down and carry the ball forward, along with his immense talent for providing pinch-perfect through balls, has drawn attention from top clubs across Europe. He scored two goals to help his team register a 5-0 win over VfB Stuttgart in their last Bundesliga match. 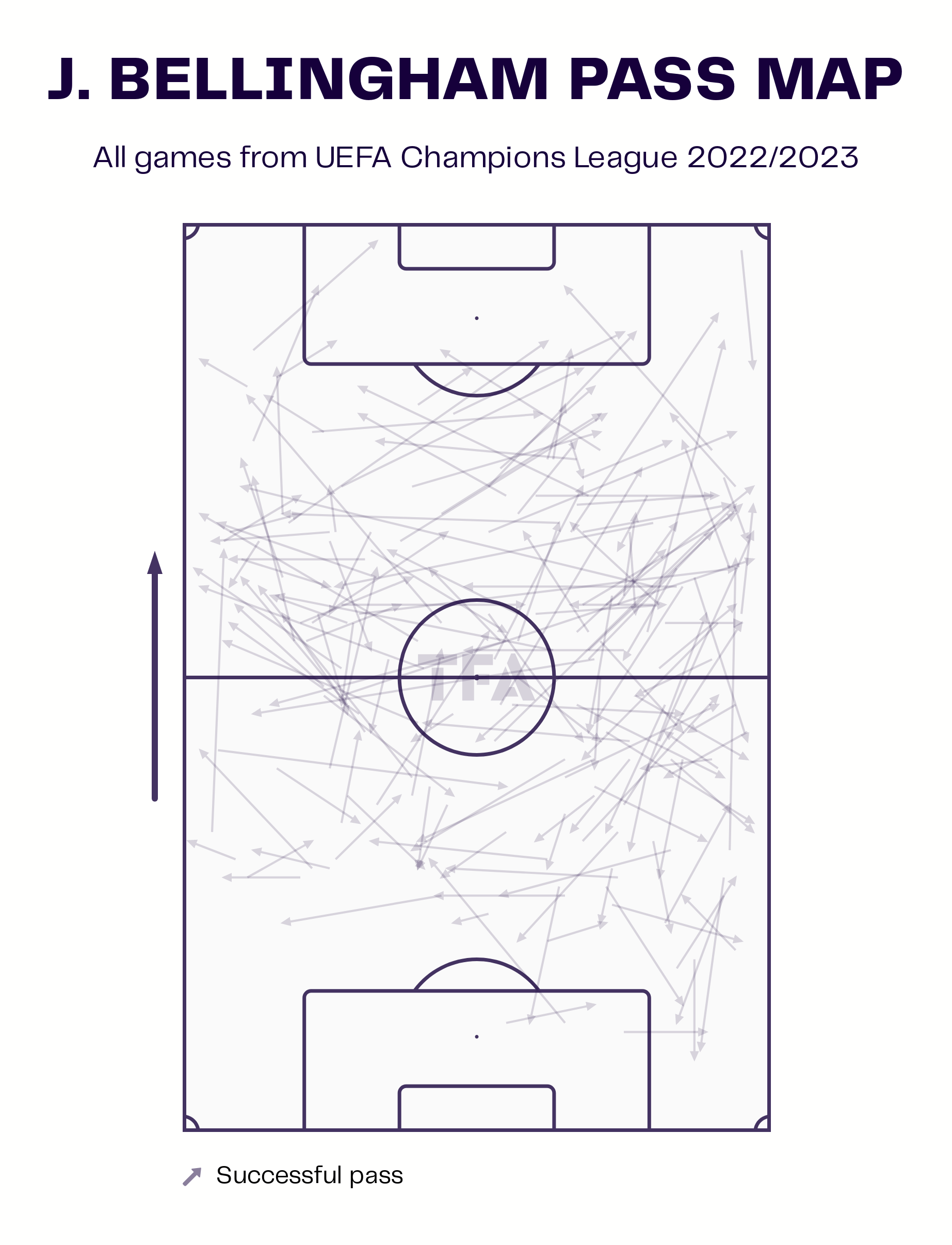 Bellingham usually stays on the right-hand side of the pitch and pulls the strings of Dortmund’s play. He also switches the game from one flank to another and finds the right pass with so much ease. His long passes and incisive through-balls rip apart opposition defences and contribute towards Dortmund’s attacking play. Bellingham has a passing accuracy of 85.5% in the Champions League and has an accuracy of 79% when passing to the final third. 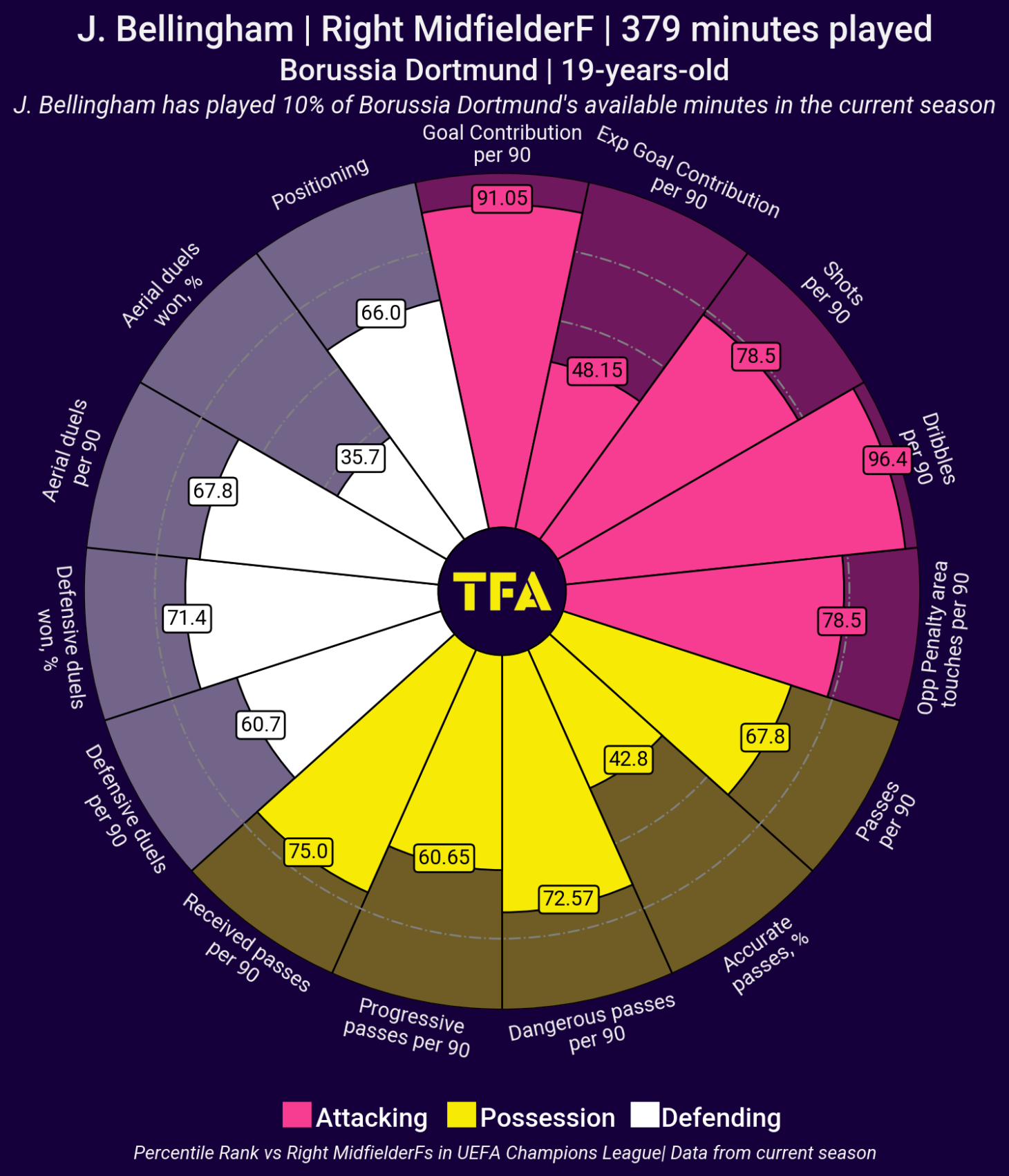 The above viz shows the percentile rank of Jude Bellingham in comparison to other players who played in the same position in the Champions League this season. His high goal contribution per game and a high number of dangerous passes per 90 minutes place him among the world’s best midfielders. Bellingham also makes some bursting dribbles and penetrates the opposition’s defensive lines with his runs.

The English international makes his presence felt in the middle of the park with his defensive skills as well. He has an average of 6.79 defensive duels in a match with a success rate of 57%. 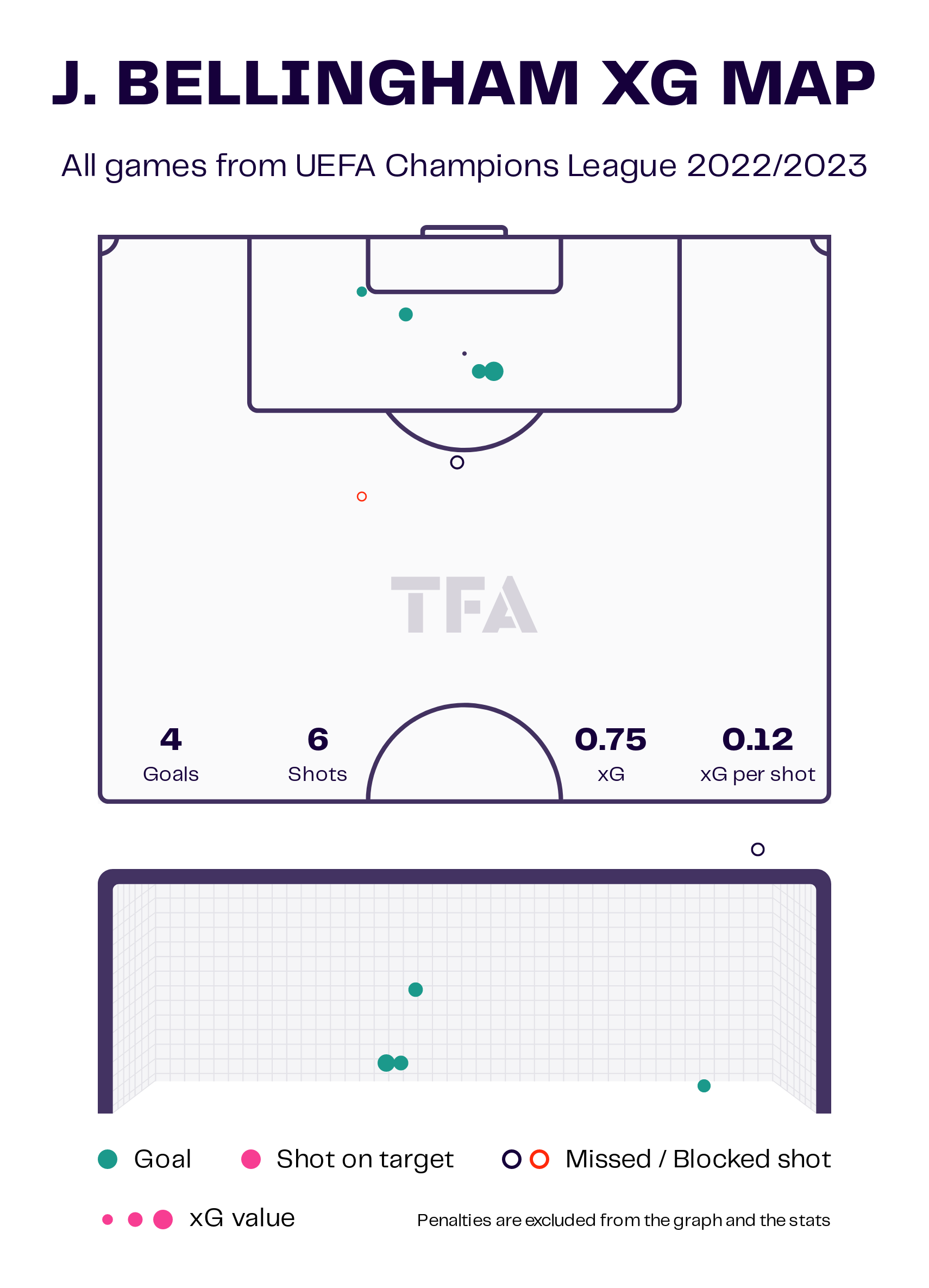 The former Birmingham City player has 18 goals and 20 assists to his name so far for Dortmund from 152 matches. His recent goal-scoring form in the Champions League this season has been brilliant as he averages a goal a game. He has an xG rate of 0.75 in the competition this year and will be looking to lead from the front as the captain of the side.