Borussia Dortmund signed Julian Brandt from Bayer Leverkusen in 2019 summer. Before the move north to Dortmund, Brandt was the youngest Leverkusen player in their history and the tenth youngest player overall to make 100 Bundesliga appearances. In 2016, he became the youngest player to score in six consecutive league appearances in the Bundesliga after Gerd Müller himself. He has 42 goals and 51 assists to his name during his time at Bayer Leverkusen. But his numbers in yellow and black are rather underwhelming. He only has 24 goals and 28 assists from 144 appearances to his name in his fourth year at the club. But the numbers are on the rise for the German International this season, and this could well be the breakthrough season for Brandt that everyone was waiting for.

We take a look at some stats to understand why this could finally be Julian Brandt’s year. 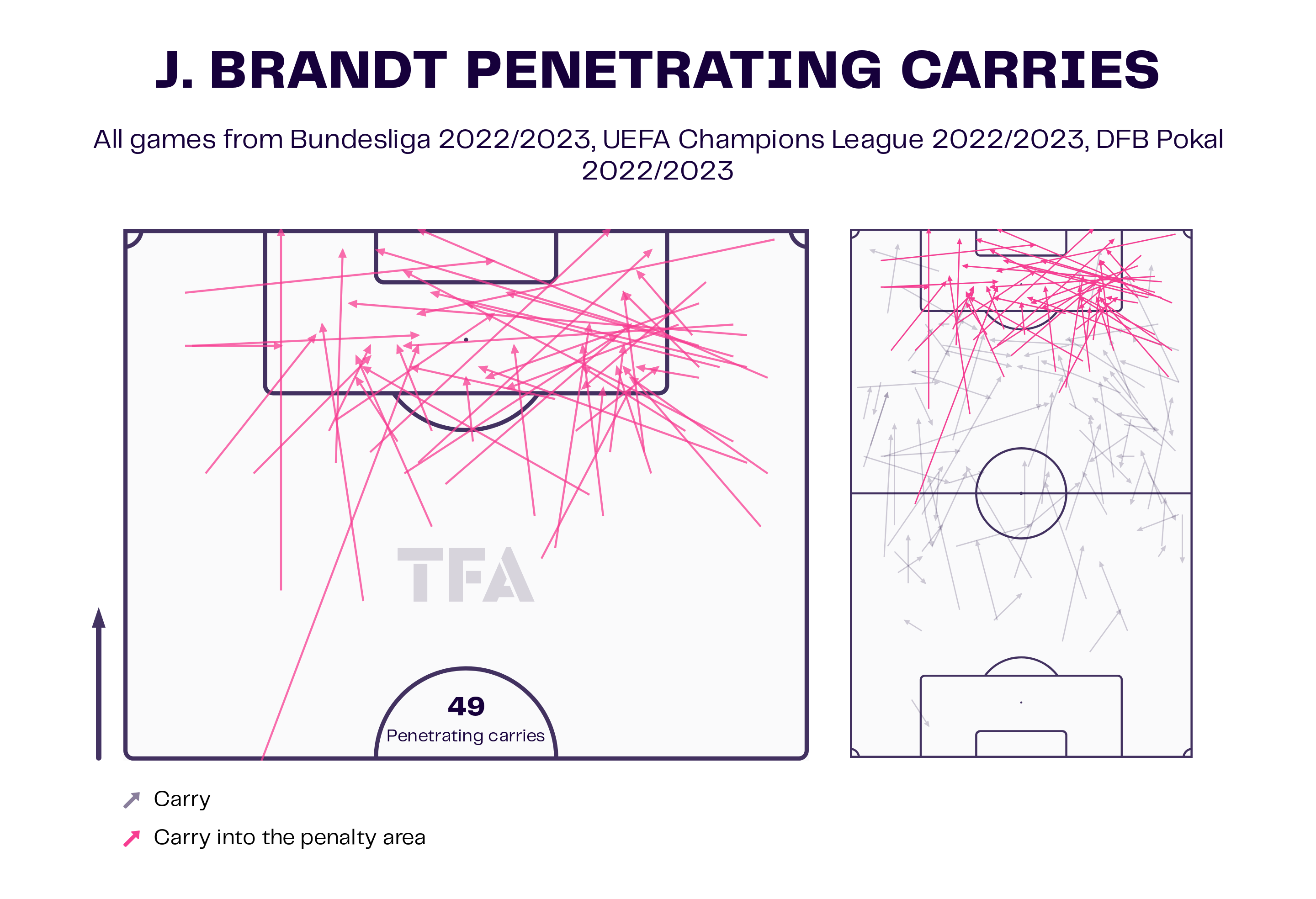 The German International already has 49 penetrating carries this season across all competitions. He had 120 penetrating carries last season across all competitions. But by the end of October, the youngster already has almost half as much as he did last year. The average number of dribbles per game has gone up to 3.9 per game this season with a 55.6% success rate, up from 2.8 dribbles per game last season with 49.3% success. His progressive runs have also seen an improvement from 1.92 per 90 last season to 2.6 per 90 this season. 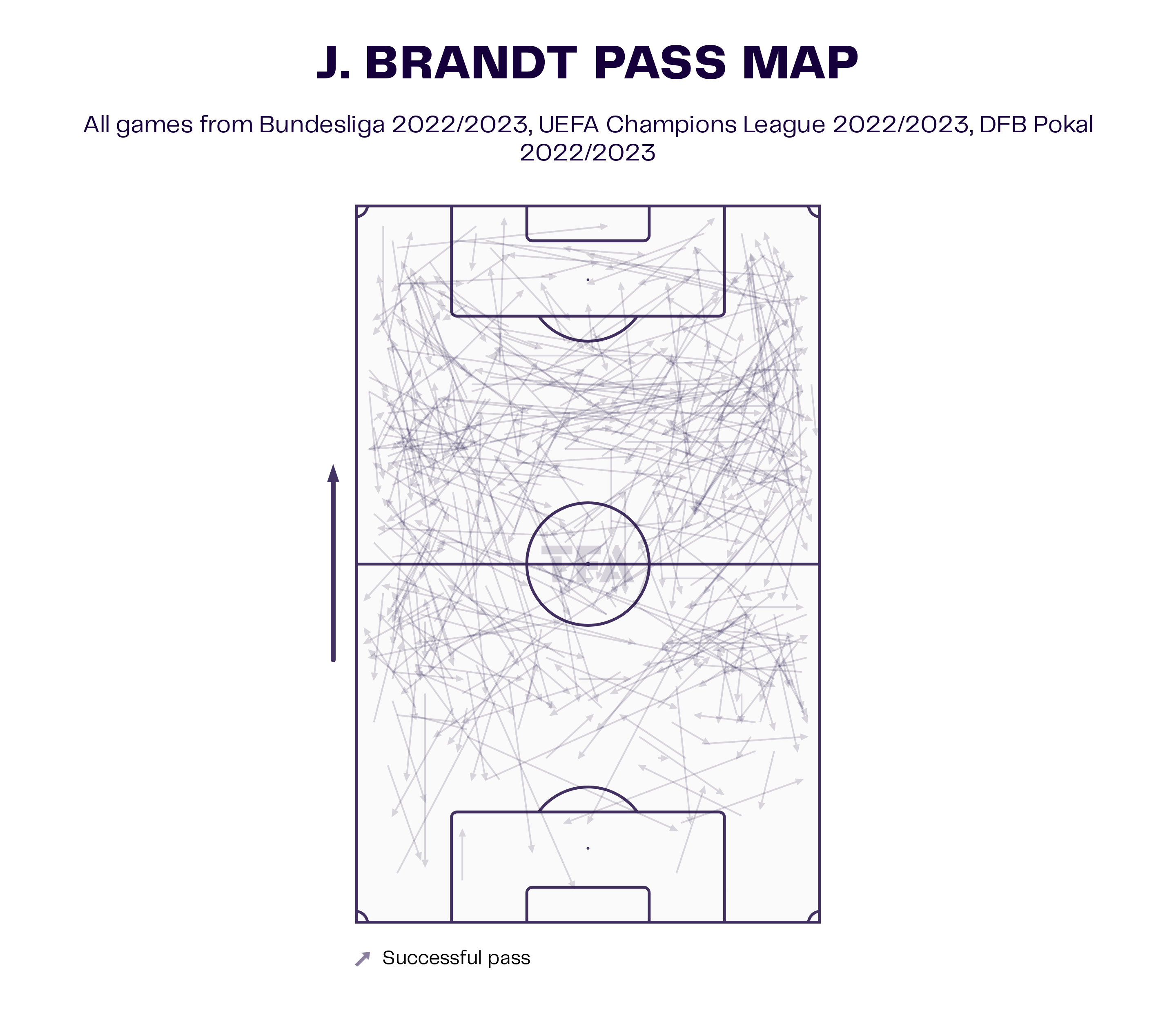 Julian Brandt averages 41.3 passes per 90 with 83.2% success this season across all competitions. He also plays an average of 4.04 passes into the final third per game with 80% success. The 26-year-old produces 0.62 through balls per game with a success rate of 50% on average. Brandt is capable of playing as an attacking midfielder and can play on either side as well. He usually takes up the left centre-midfield role, with Jude Bellingham in the right. 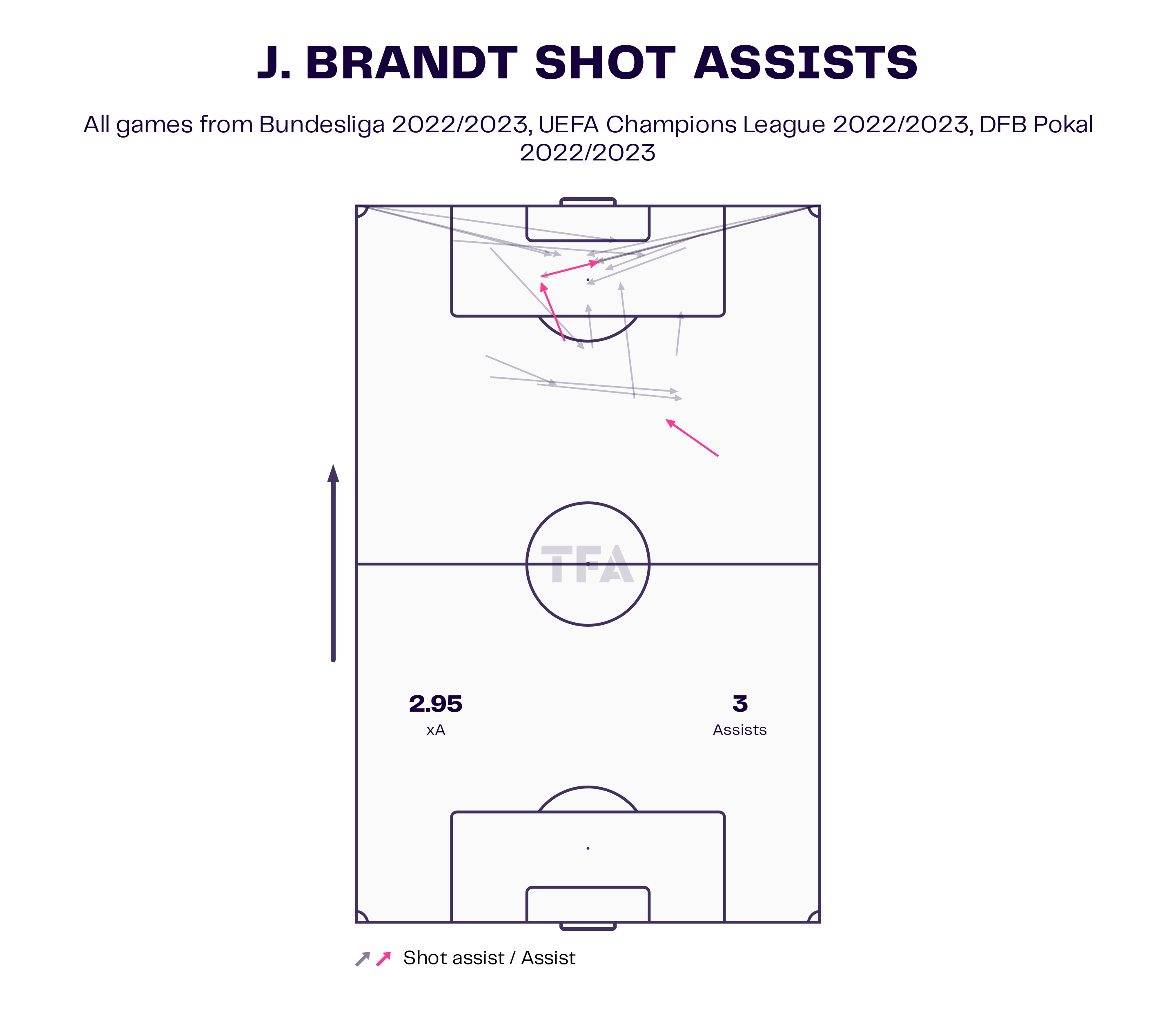 Julian Brandt has three assists to his name in all competitions. He averages 1.63 shot assists per game for his club in the Bundesliga. The youngster has used his touches to good effect and has looked like a threat in the opposition’s half. Brandt also averages 0.22 assists per game in the Bundesliga this season and 2.82 crosses per game. The German midfielder has an xA of 0.26 per game and averages 3.36 passes to the penalty area. 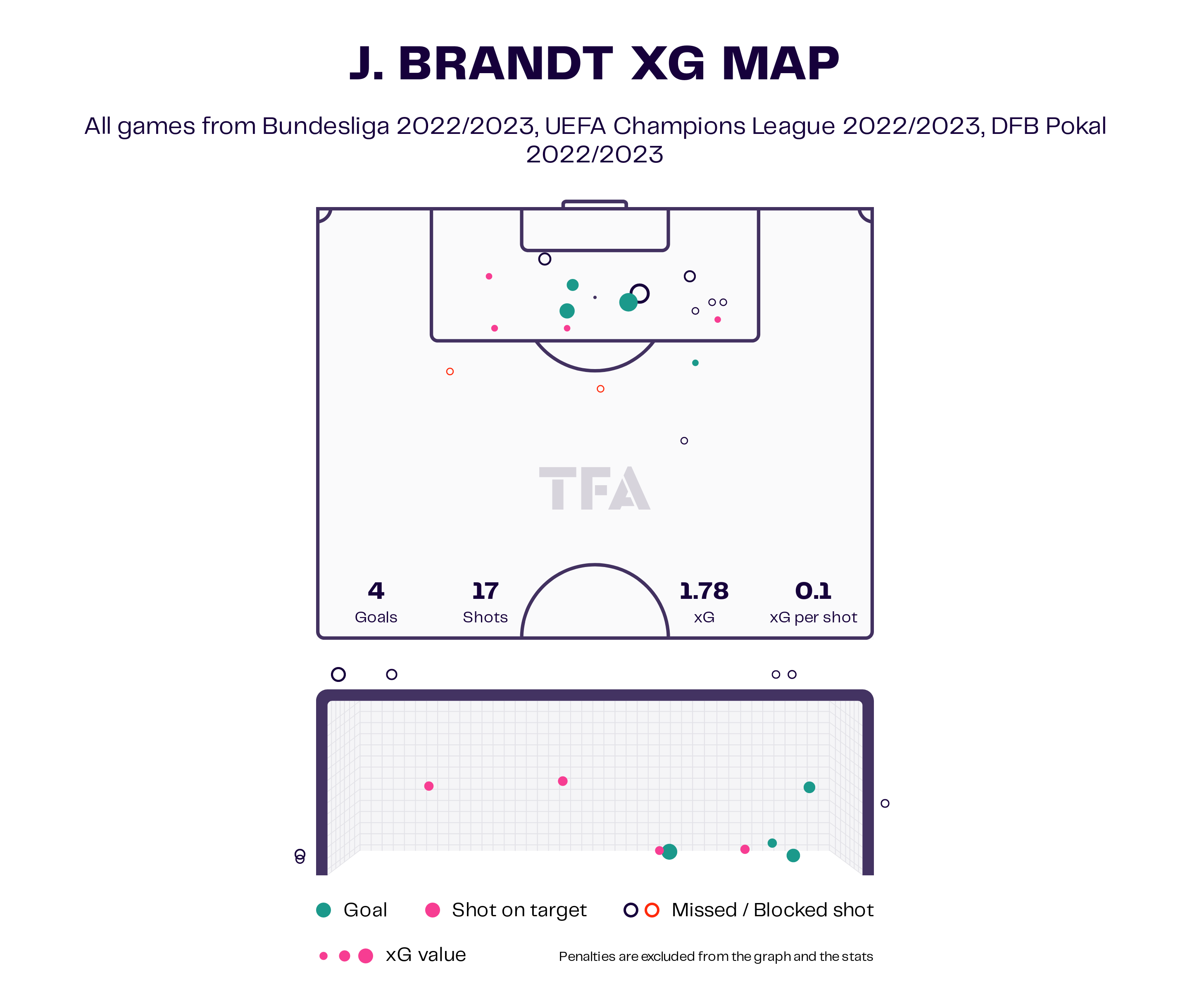 Julian Brandt scored 42 times for Bayer Leverkusen but has only scored 24 goals for Borussia Dortmund. He has four goals to his name this season and is looking in good shape. He has an average xG of 1.78 across all competitions. The former Leverkusen player averages 0.33 goals per game and has 0.87 shots with 75% accuracy.

Julian Brandt was one of the most sought-after names when he made the move to Dortmund. The German, however, has not been able to produce consistent performances for the club. But he looks to be in his best form ever since arriving from Bayer Leverkusen. His numbers suggest the same, and his performance has been promising as well. Borussia Dortmund will be hoping he keeps this show up as they enter the knockout stages of the Champions League.