Luis Suarez is available as a free agent in the transfer window. He is still hunting for a club, with some of the European clubs willing to sign the player. Borussia Dortmund sold Erling Haaland to Manchester City and needed a striker. They signed Sebastien Haller from Ajax, however, the player was diagnosed with a testicular tumour. He left the training camp and will now remain on the treatment table. This will leave Borussia Dortmund without a number nine for an indefinite period of time. Suarez is towards the end of his career and could be a short-term solution. He has a lot of experience playing at the top level and could be a handy addition to Dortmund’s side in their quest for silverware.

The Uruguayan international made 45 appearances for Atletico Madrid in all competitions last season. He started in 26 matches and scored 13 goals. Of these, 11 goals were scored in the league in 35 appearances. The 35-year-old also made seven appearances in the UEFA Champions League and added a goal to his overall tally. 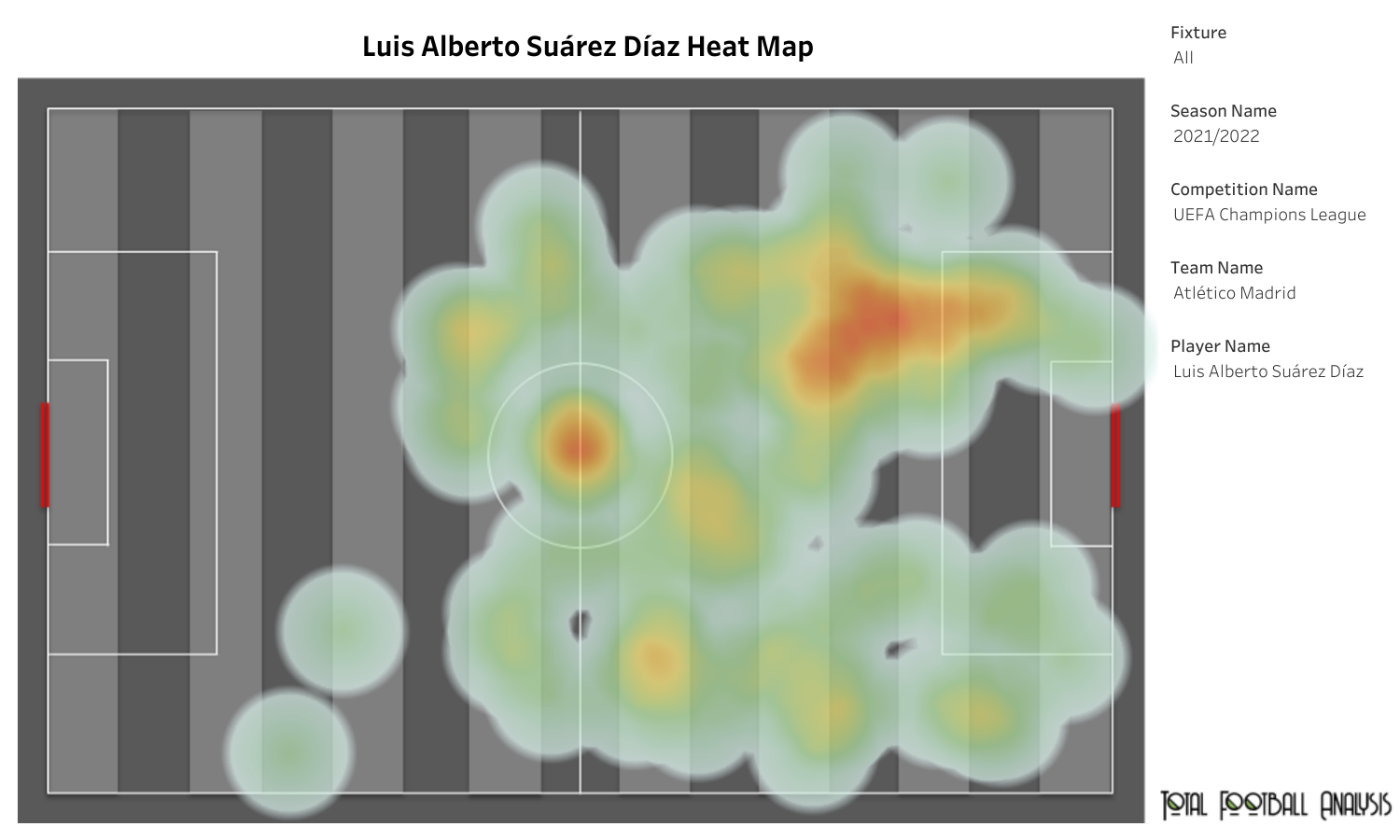 Atletico Madrid played with two strikers, and Suarez featured as the left-forward. The above viz shows the heat map of Suarez in the UEFA Champions League. He averaged 4.7 touches inside the opposition’s penalty box for a defensive Atletico Madrid team. 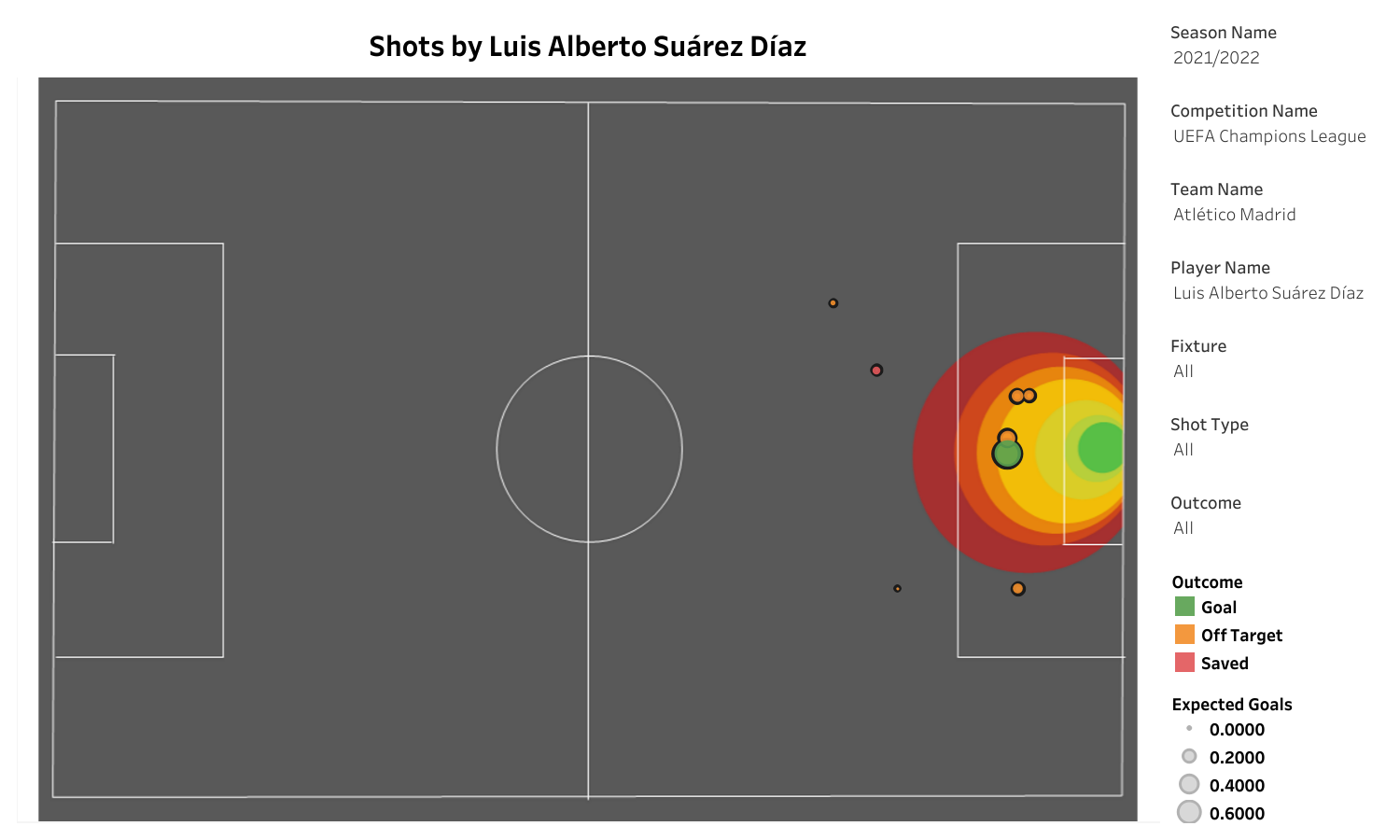 Suarez was involved in 5.3 attacking actions and had a 17.4% success rate. The above viz shows Suarez’s eight attempted shots in the competition. Five of his attempts were against AC Milan in one match and three against Porto in the other. He hit the target once in both matches and converted a penalty against AC Milan. 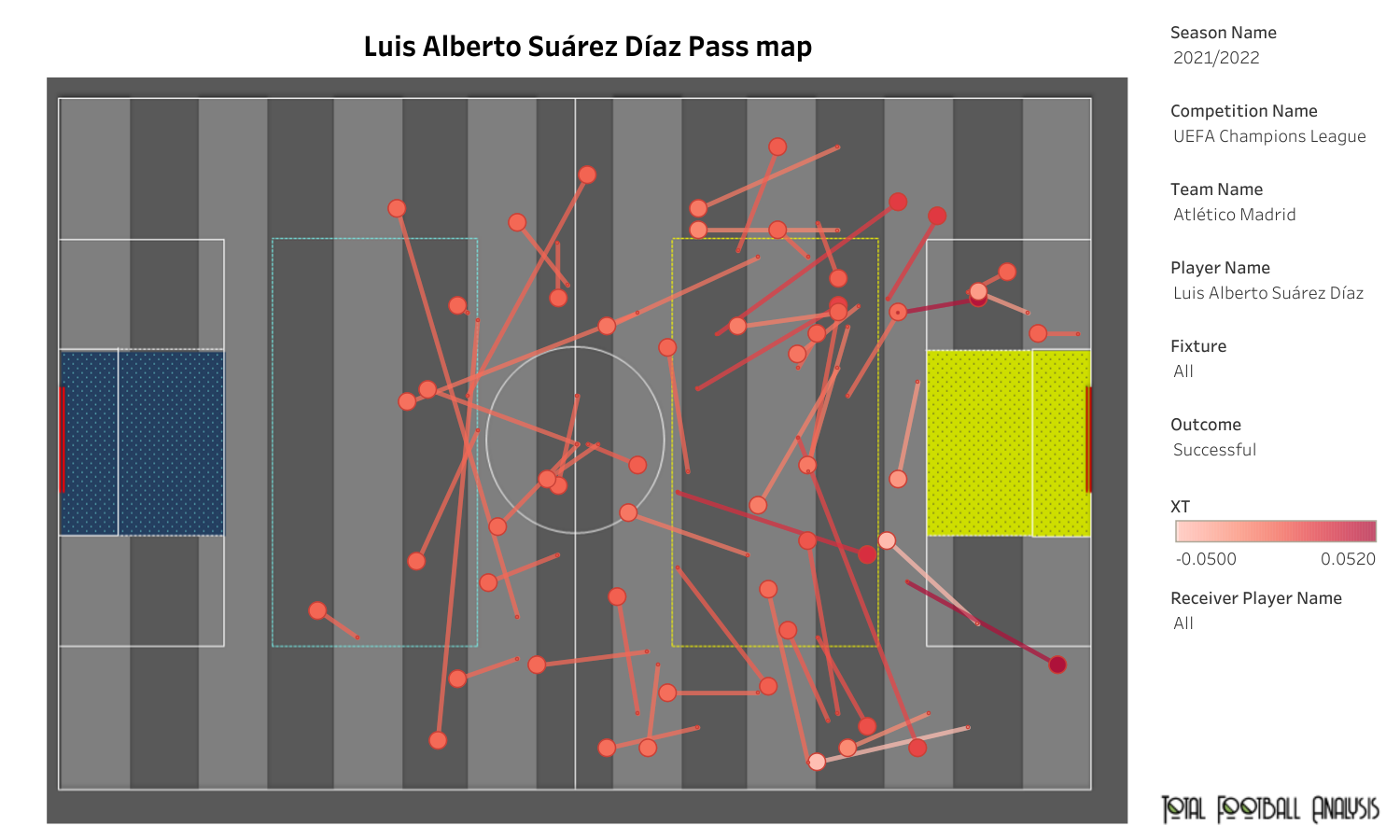 The Uruguayan can also set up goals for his teammates. He averaged an assist in almost every third match he played. The above viz shows all the successful passes delivered by the forward. He averaged around 18 passes per 90 minutes with an accuracy rate of 70.5%. Some of the passes he attempted to find a teammate inside the opposition’s penalty box were successful.

Luis Suarez could easily fit into Borussia Dortmund’s team. He likes to get involved in the attack and can also score some long-range efforts. Atletico Madrid’s gameplay was defensive, and that affected his goal contributions. Borussia Dortmund might consider signing the player and hope that he contributes to silverware next season.