Borussia Dortmund were one of the most active teams in the transfer window. The German side have set their eyes on winning the Bundesliga title after a decade of dominance from Bayern Munich. They have released some of the unwanted players and signed first-team players who could make an impact on the team. One of the positions where the German team haven’t made any changes is the full-back area. They have two left-backs, Raphael Guerreiro and Nico Schulz, and the latter is unhappy with his situation at the club. On the right, they only have Thomas Meunier as a natural right-back. Last season, the manager used Marius Wolf when the Belgian international was injured. This season, Borussia Dortmund will not leave any weak links in their team and have decided to go for another right-back in the form of Norwich City’s Max Aarons.

Aarons is a 22-year-old right-back who plays for the English Championship side, Norwich City. He has won two promotions to the English Premier League but has also faced relegation twice. The full-back has been heavily linked with a move away from the Canaries in the past few seasons, but Norwich City have managed to keep hold of the player. Some of the stats from last season show why Borussia Dortmund are interested in the player. 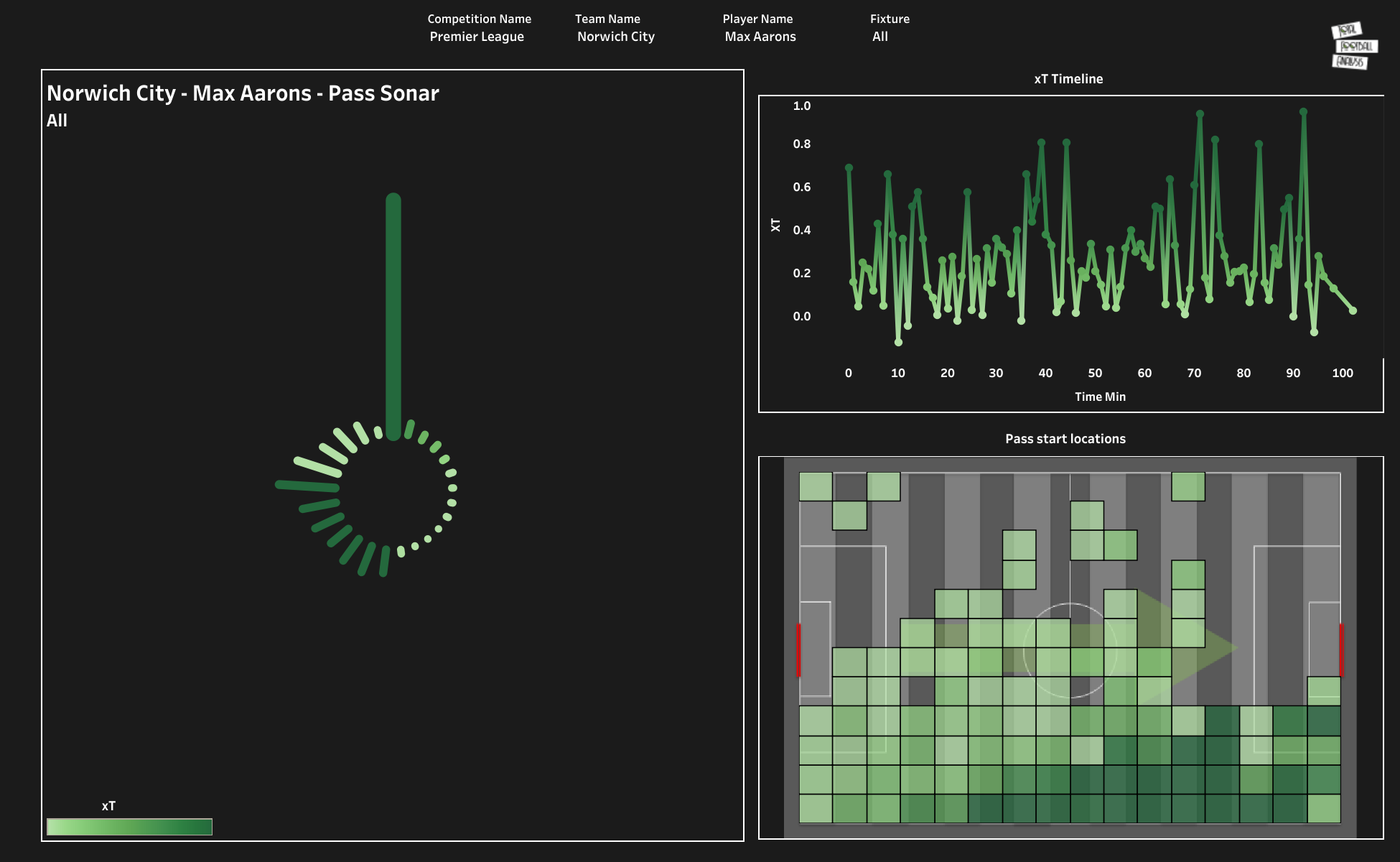 Last season, Aarons made 34 English Premier League appearances for Norwich City. His side finished at the bottom of the table, but the youngster provided two assists in the season. The above viz shows the pass start location and the threat created from passes at different time intervals. We can observe that the full-backs like to attack and create chances for their teammates. The pass start location map shows that Aarons made full use of the width of the pitch and delivered some useful passes into the opposition’s penalty box. 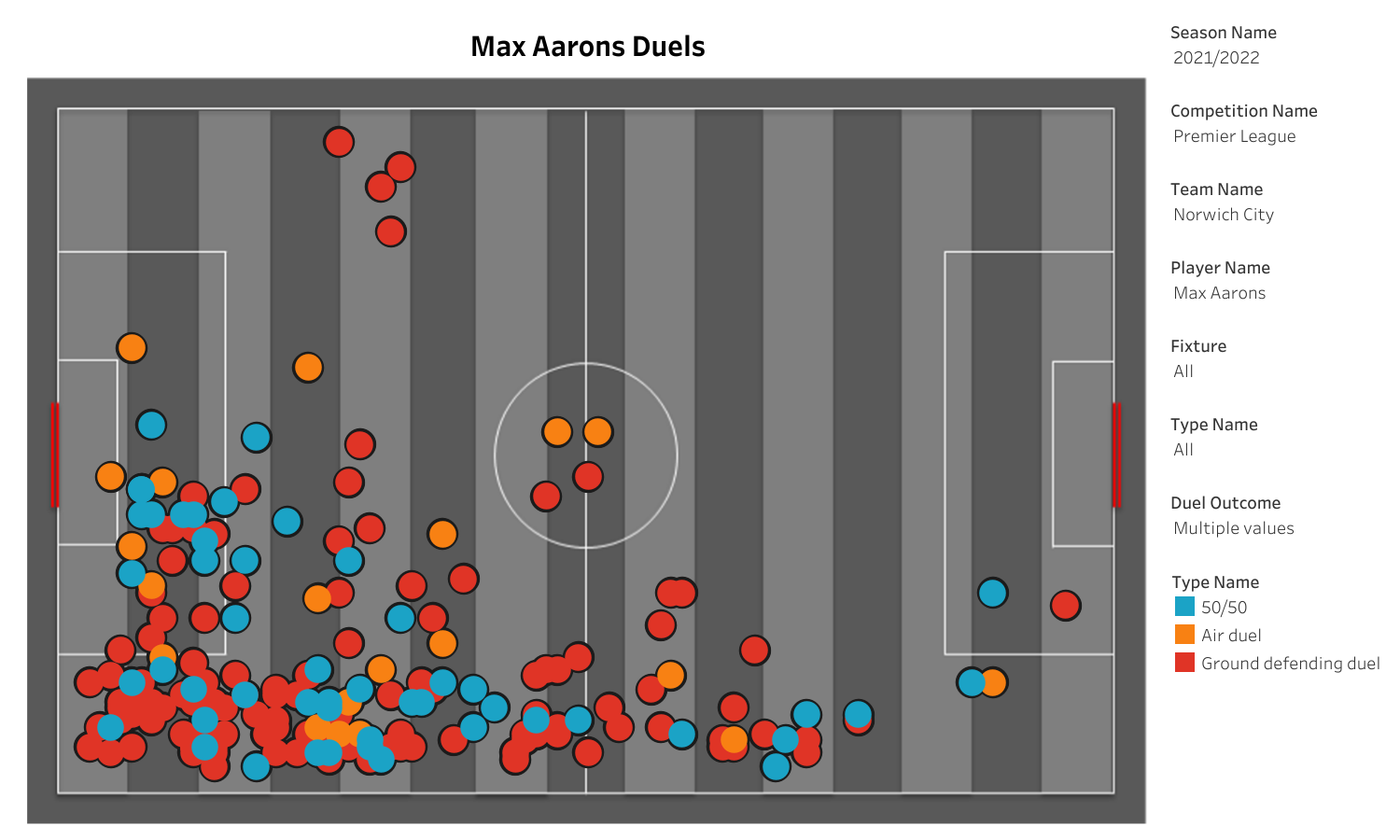 Due to Norwich City’s struggles, the full-back had to defend most of the time. He averaged 11.13 defensive actions per 90 minutes and had an 80% success rate. The above viz shows all the duels that Aarons won. He won most of the duels inside the defensive third. 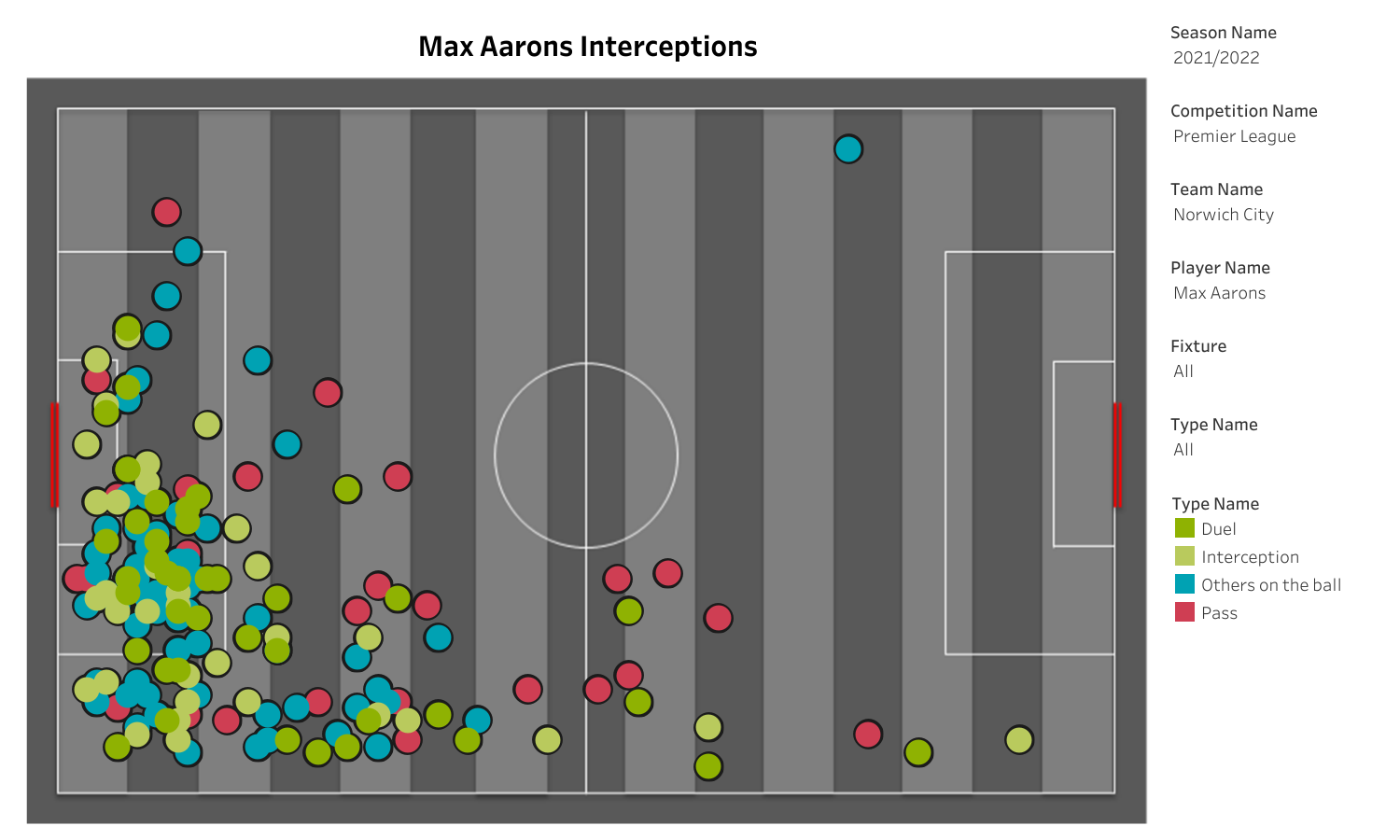 Last season, Aarons had a decent season despite Norwich City’s struggles in the league. However, the teams know his potential and are enquiring about his availability in the transfer window. The 22-year-old has a golden opportunity to play in the UEFA Champions League if he is signed by Borussia Dortmund in the summer. He is an attacking full-back who loves to go up and down the field. He could be a great addition to Dortmund’s team.