Bayern Munich and Borussia Dortmund signing each other’s players is not a new thing in the Bundesliga. The latest addition to that list is the German defender Niklas Sule, who moved from Bayern Munich to Dortmund in the summer. He has won almost everything during his stint at the Bundesliga champions. His calm, strong presence at the back was instrumental in Bayern enjoying great success in both Germany and Europe. But now that he has switched sides to the Black and Yellows, we take a look at what he brings to the table and the difference he has made at Dortmund. 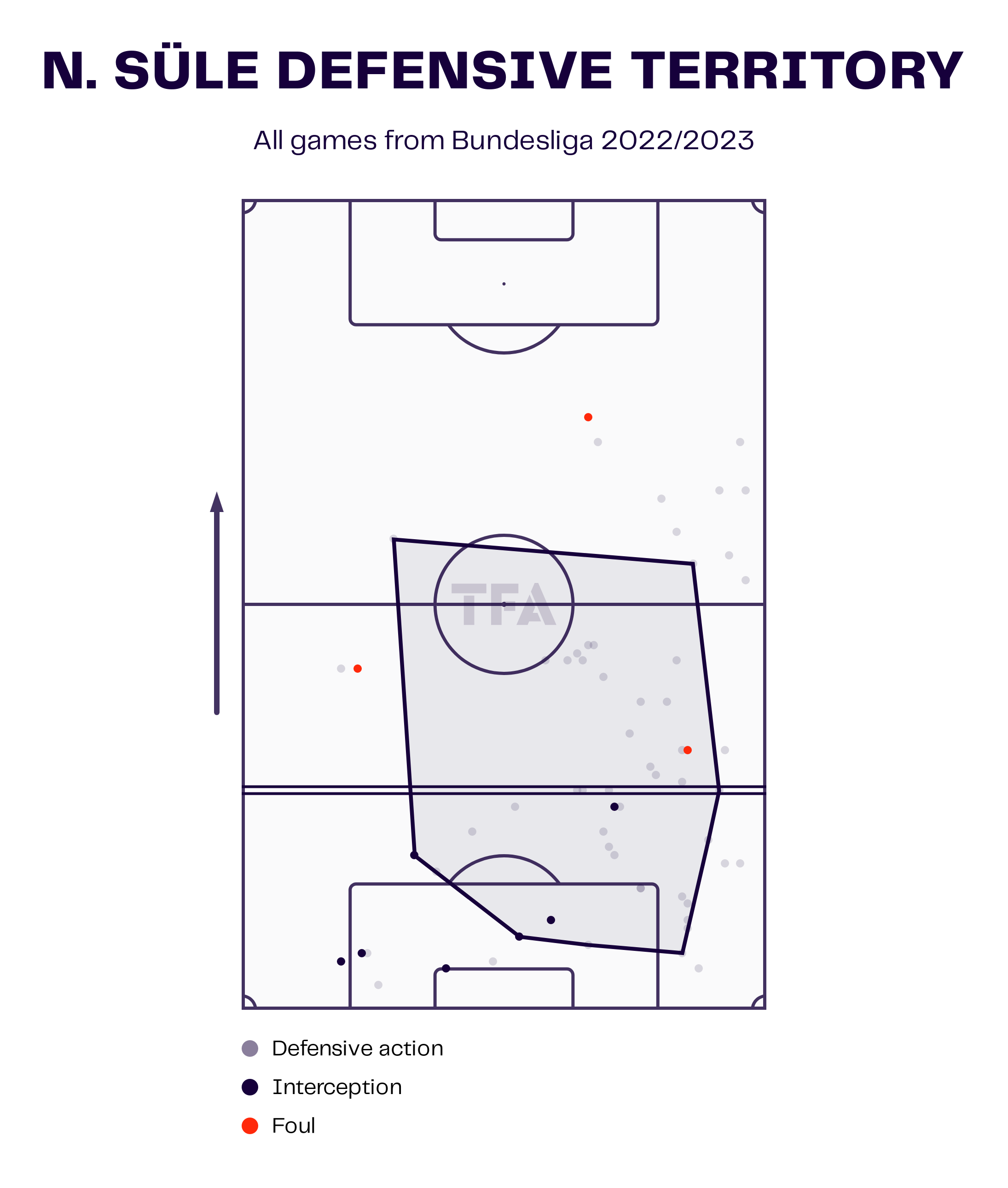 Niklas Sule usually plays as a centre-back but is also capable of playing as a right-back if need be. The 27-year-old has experience of playing as the right centre-back in a three-man defence as well. He, on average, recovers the ball 9.35 times per game in Dortmund colours. The German international also has an average success rate of 71.6% in defensive duels. With his addition, Dortmund’s average goals conceded have come down from 1.61 goals per game to 1.04 goals per game. 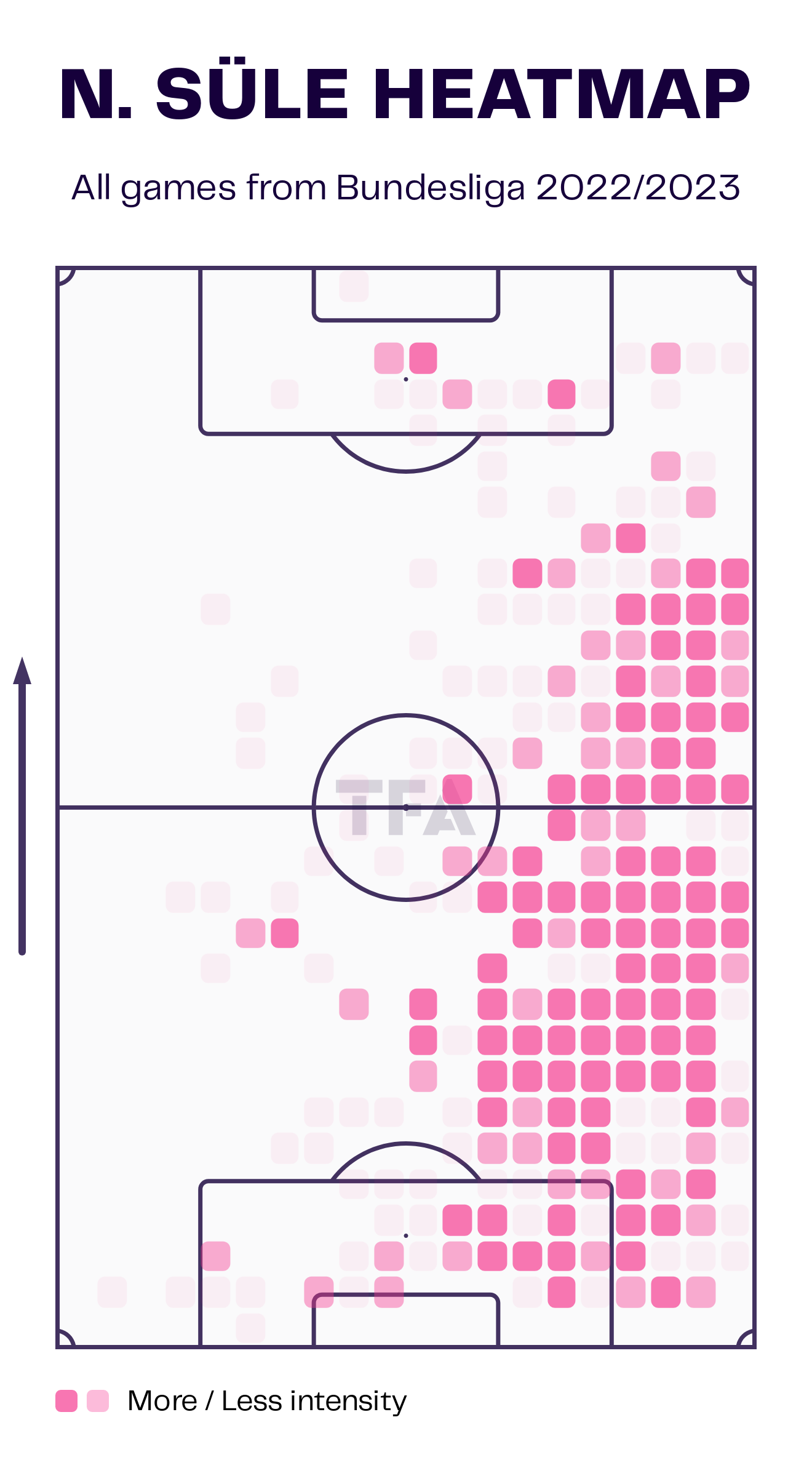 The 27-year-old heat map shows how much the German defender overlaps as well. He has a dribbling success rate of 66.67%. He can progress the ball forward when needed and is fast. Sule’s positioning helps him to recover balls and prevent potential build-ups and goal threats. He recovered the ball 14 times in their Champions League match against Sevilla, many of which were in the midfield. 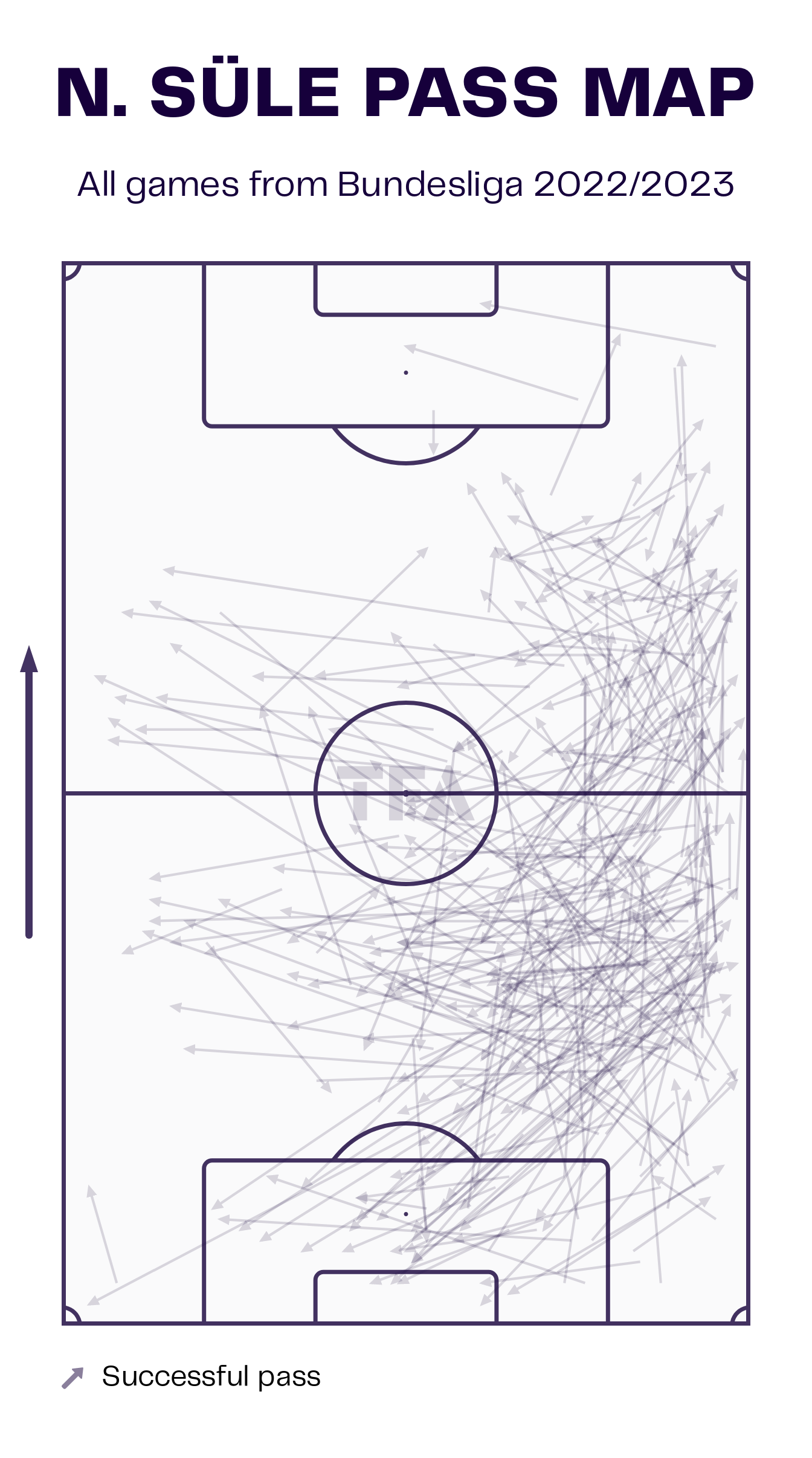 Niklas Sule has one of the highest passing success rates among defenders in the Bundesliga. He has so far completed 90.2% of all his passes for Dortmund. This has certainly added security to the Dortmund defence line. Sule also has an average of 69% success rate when it comes to long passing, helping the team in quick counterattacks or changing the play from one flank to the other. So far, Sule has registered a goal and an assist to his name this season in the Bundesliga. 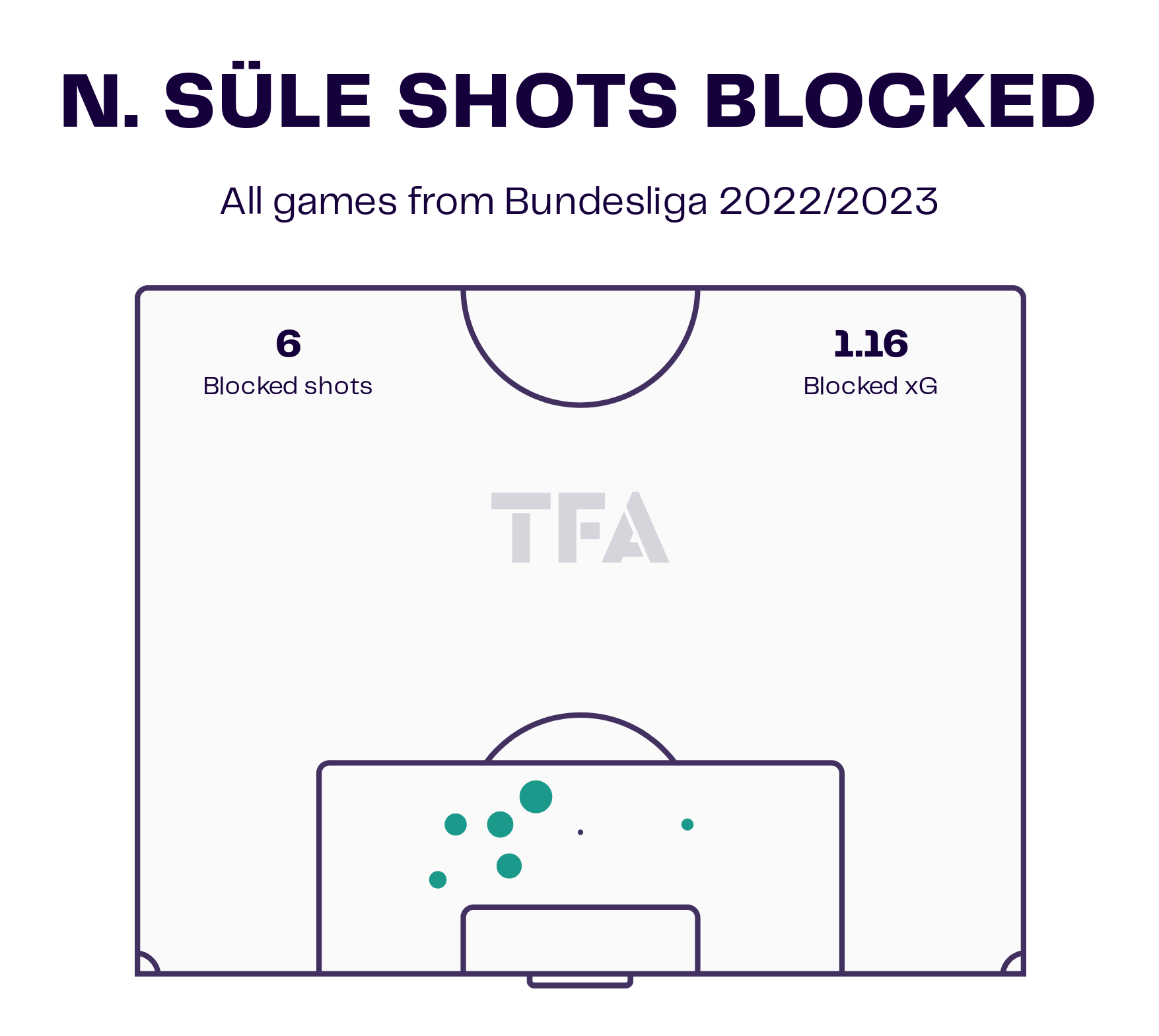 The German has blocked six shots on goal for Borussia Dortmund this season. His assured presence at the right side of the defence allows Dortmund to play a much more attacking player like Thomas Meunier as a right-wing-back. His arrival has brought the average goals conceded by Dortmund down to 0.57 fewer goals per game than last season. The xG of the opposition has also come down from 1.3 to 1.12 per game.

Sule was an important player at the back for Bayern Munich, and signing him in his prime was a deal well done by Borussia Dortmund. The trio of Mats Hummels, Nico Schlotterback, and Niklas Sule make a formidable back line for Dortmund this season and in the seasons to come. His tall, strong presence will have an important part to play if they want to bring the Champions League trophy to Signal Iduna Park.