Borussia Dortmund signed German international defender Niklas Sule from Bayern Munich on a free transfer to boost their defence. The 26-year-old defender spent five years at Bayern and won five league titles along with two domestic cups and a UEFA Champions League. A lot of clubs wanted to sign the defender, but he chose Borussia Dortmund over other clubs. He was a regular part of Bayern’s defence this season, and it looks like the player is ready to lead Dortmund’s defence for the next season. He featured in seven UEFA Champions League games for the German champions, and here are some of the stats that highlight his performances on the pitch, and how he can help his side to end Bayern’s run of ten straight league titles. 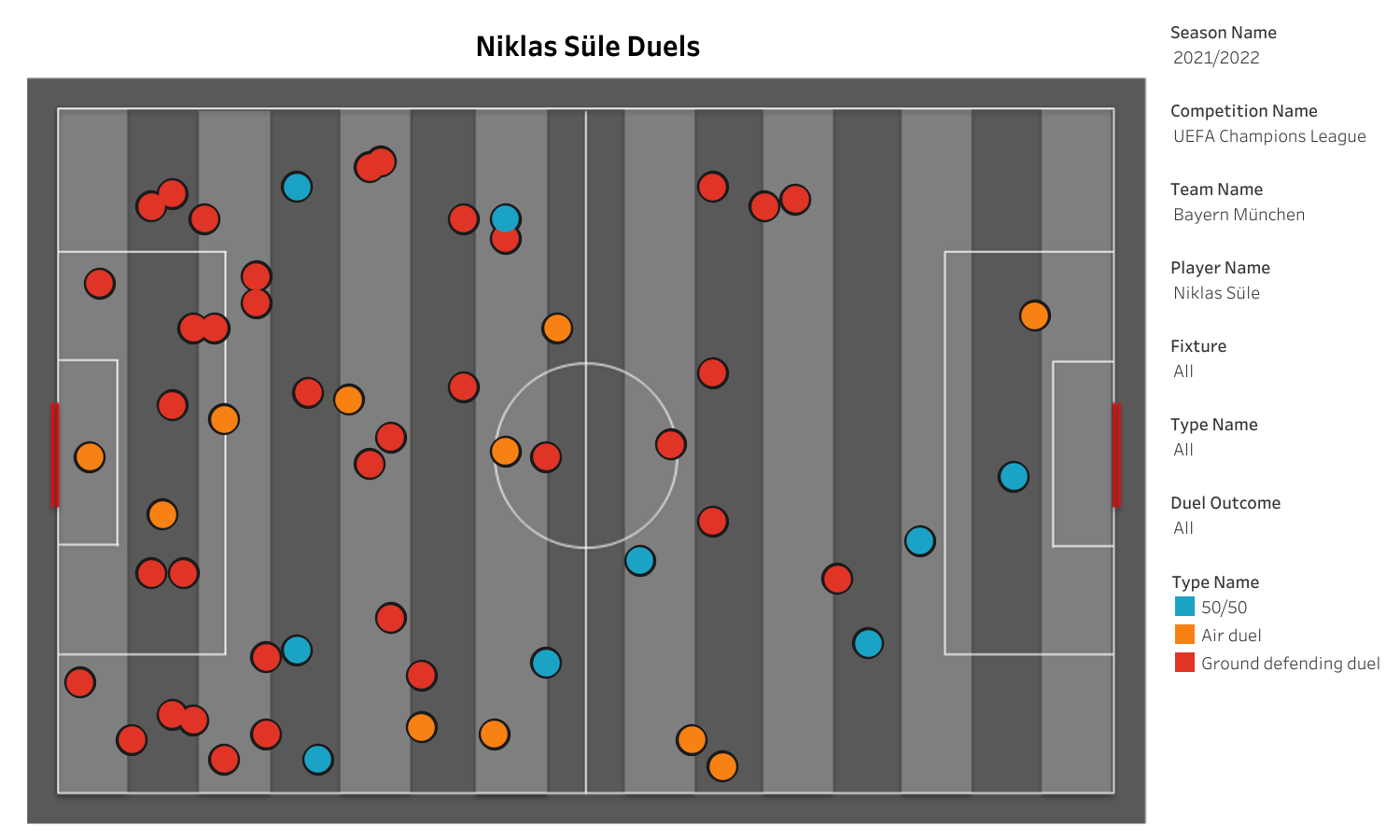 Sule started in six games and came on as a substitute in one of the games. The player helped his side to keep four clean sheets and helped them to reach the quarter-final stage of the competition. The above viz shows all the duels contested by Sule on the pitch. Most of the duels contested by him were defensive duels, followed by aerial duels and loose ball duels. He contested six defensive duels, 1.84 aerial duels and 1.51 loose ball duels per 90 minutes. The 1.95-meter-tall defender is a threat in the air and can score goals while going forward. He attempted two shots but failed to hit the target. 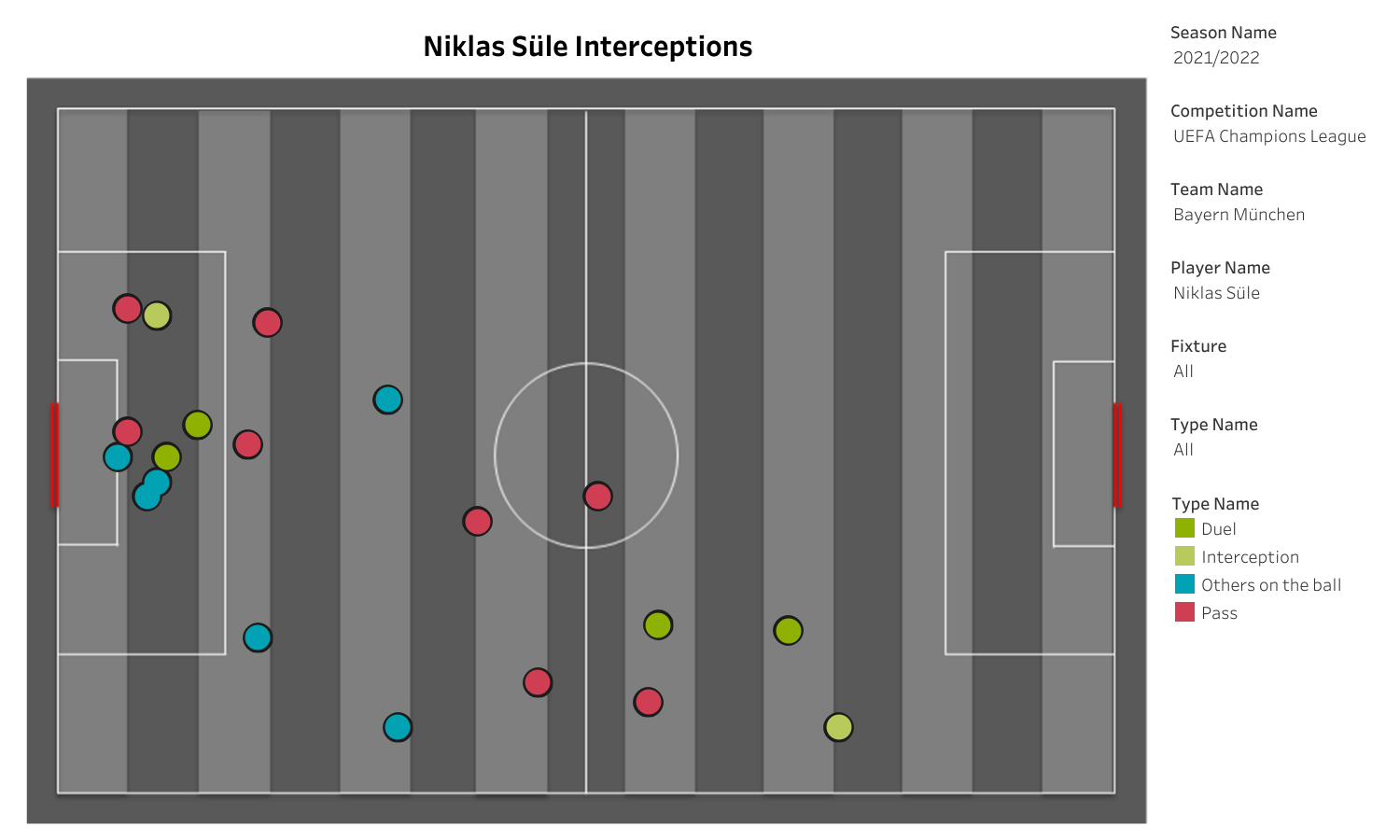 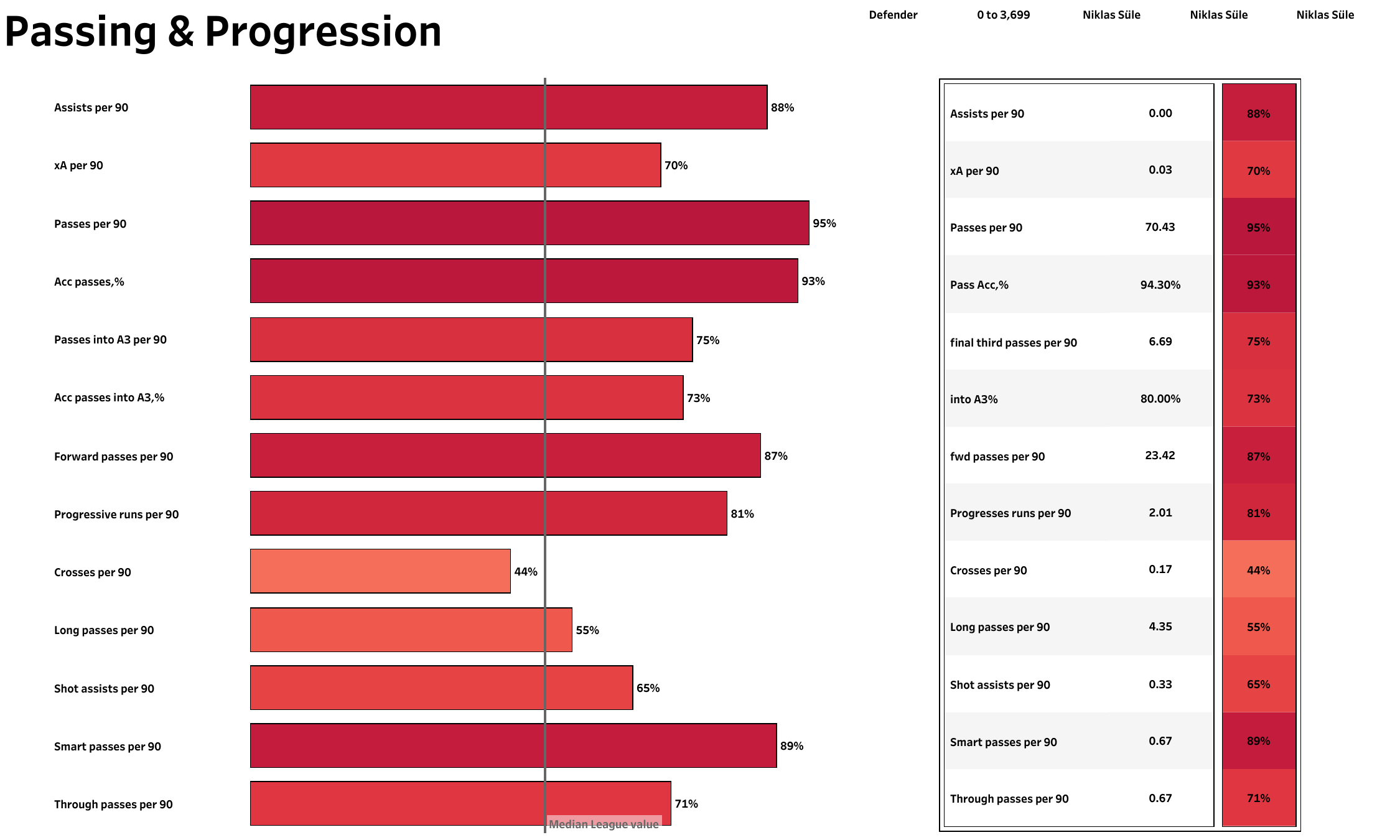 When he plays for his club and country, Sule is confident on the ball. When looking at the above chart, the general rule is that the longer the bar, the better the performance — you can see the league average in the middle, and the % is the percentile rank the player is in. The player averaged 70 passes per 90 minutes with a 94.3% pass accuracy rate. The defender attempted 6.7 passes into the attacking third per 90 minutes. Sule assisted his team in creating plays from the back while remaining on the front foot.

Niklas Sule is one of the best German defenders in this era. He can pass the ball and defend the goal. The player is confident on the ball and has already won five league titles in a row. He will be the leader of Dortmund’s defence for next season, and the player will look to earn Bayern Munich’s run of ten straight league titles.