Borussia Dortmund are likely to go with a young attack next season in the Bundesliga. Erling Haaland left the club and left the door open for other players. The German club signed Karim Adeyemi from RB Leipzig to boost their attack. The German attacker can lead the attack and also play wide. Borussia Dortmund also have another youngster who could lead their attack next season, and he is Donyell Malen. The 23-year-old Dutch striker was signed from PSV in 2021 and made 27 league appearances, along with six UEFA Champions League appearances. He has established his place in the starting XI and is getting ready to lead the line next season. The forward player had an impressive UEFA Champions League 2021/22 season, and here are some of the stats that show his performances in the competition. 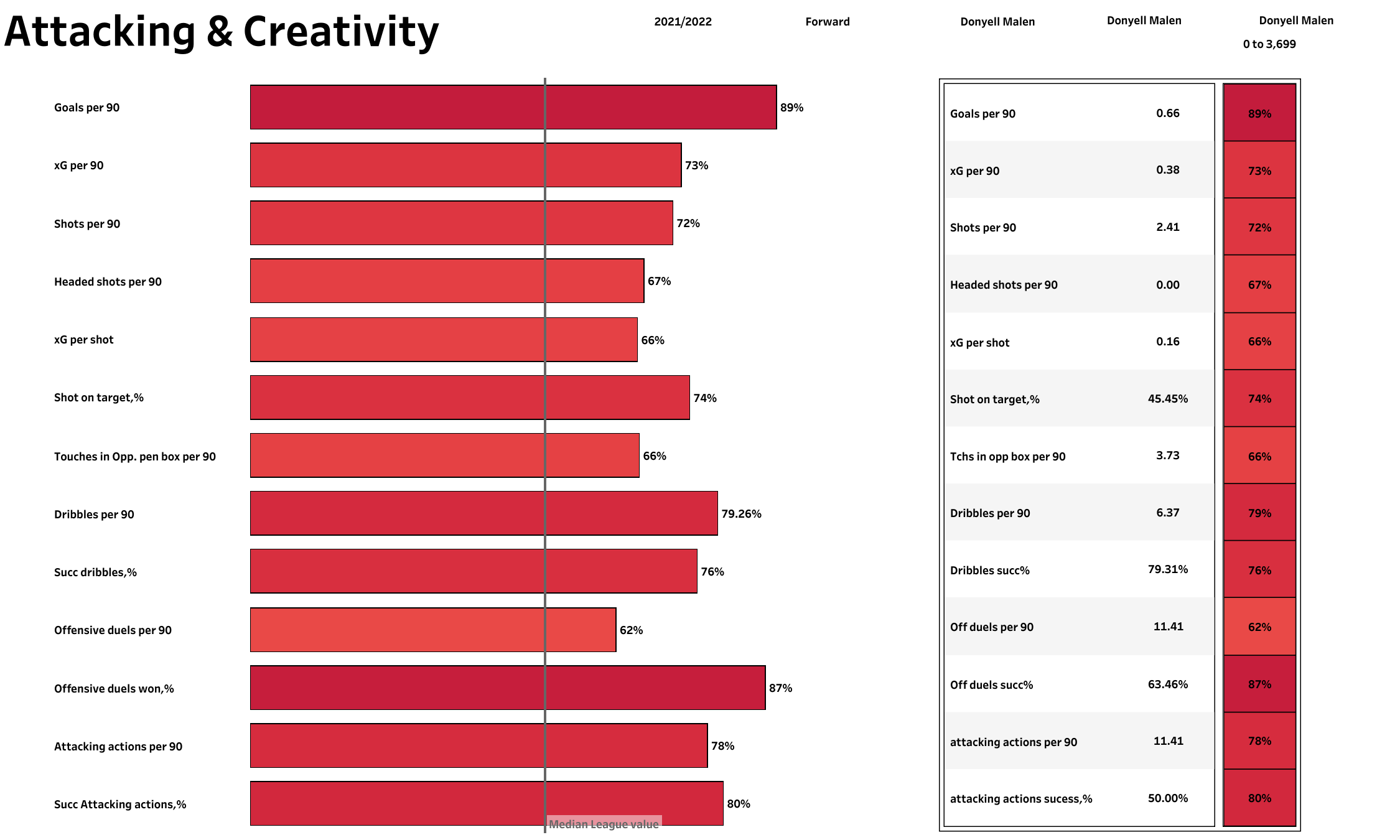 Malen made six UEFA Champions League appearances and scored three goals. When looking at the above chart, the general rule is that the longer the bar, the better the performance — you can see the league average in the middle, and the % is the percentile rank the player is in. The above viz compares Malen’s attacking stats with other forward players in the league. Malen has a high percentile rank for every stat mentioned in the above viz. He averaged 0.66 goals per 90 minutes and had a high xG rate of 0.38. The player was involved in 11.41 attacking actions per 90 minutes with a 50% success rate. Malen is also not afraid of contesting offensive duels and had a high duels win percentage among other strikers in the league. 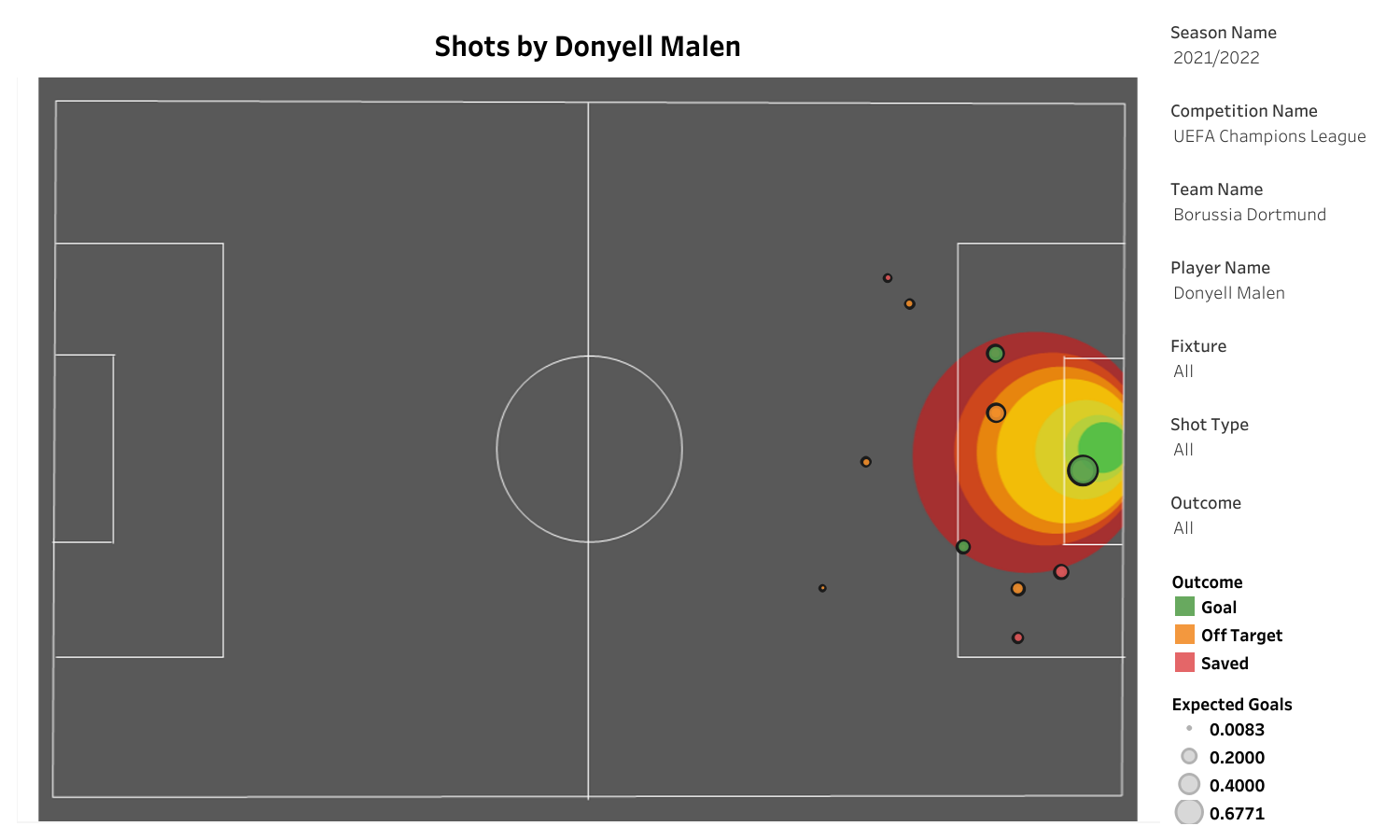 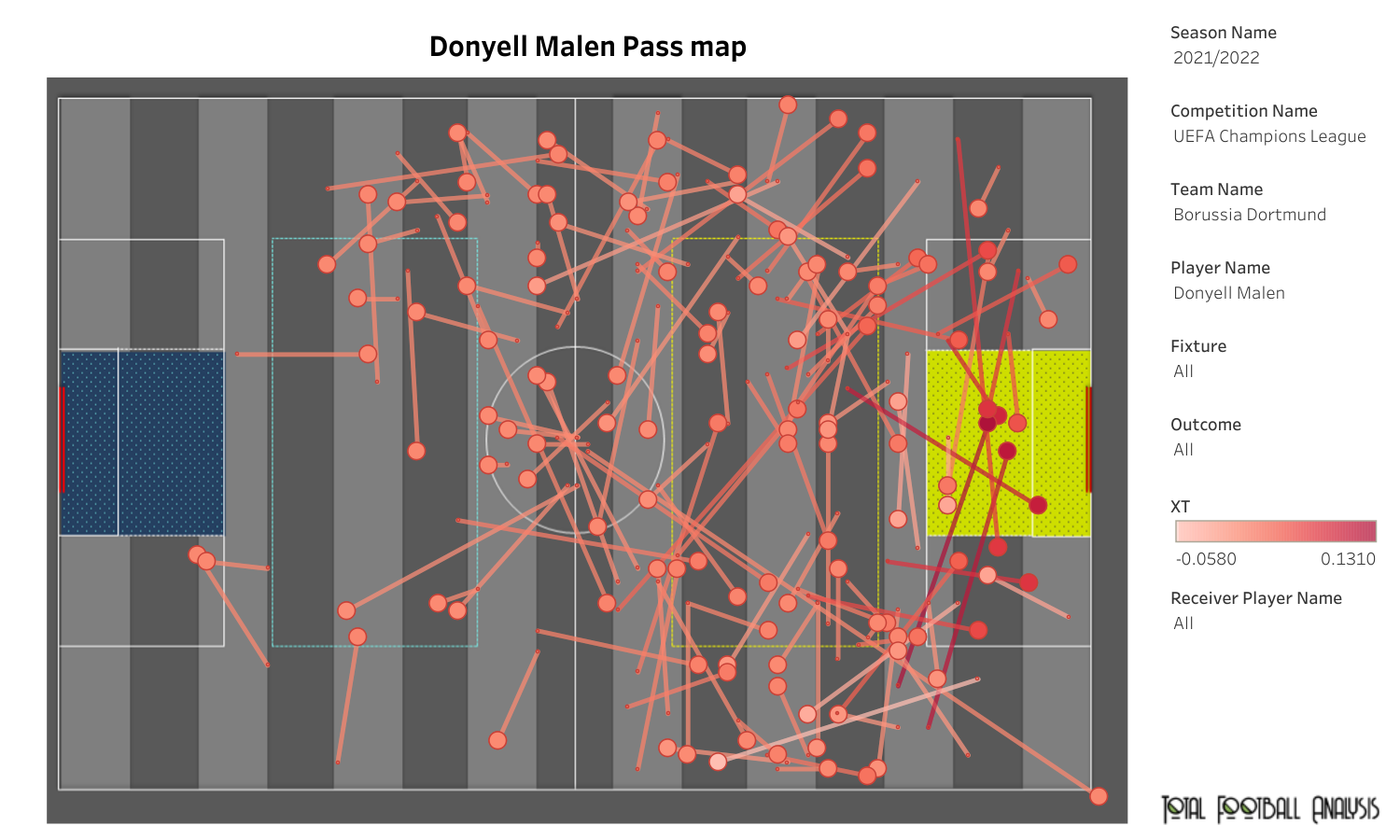 Malen did not assist, but he did create a few chances for his team. A total of 128 passes were attempted by him in the six games he featured in. These passes included nine crosses, three smart passes and two through passes each. Of the 128 passes, 21 landed inside the opposition’s penalty box.

The forward scored five goals in the league and provided three assists. He led Borussia Dortmund’s team in the absence of Erling Haaland in the last season. With Haaland’s departure, Donyell Malen will expect more game-time and look to score more goals in the next season. He will play in his second season at the German club and will look to improve his goalscoring tally.