Borussia Dortmund are interested in signing Belgium international and Real Madrid player, Eden Hazard, in the summer. The winger is on the transfer radar of many big clubs, with Dortmund being one of the favourites to sign him. Hazard has struggled with injuries since his move to the Spanish club and has made very few appearances. Vinicius Junior has been a regular starter for Real Madrid on the left side and has kept the Belgium international on the bench. Hazard has made 17 appearances in the league this season, most of them coming off the bench. The forward has also featured in only three UEFA Champions League matches this season. Hazard has struggled for gametime and could be on the move away from the Bernabeu.

Hazard has only made three appearances in the UEFA Champions League this season, two of them after getting introduced from the bench. He is yet to score a goal in elite competition this season and has also struggled to find the back of the net in the league. 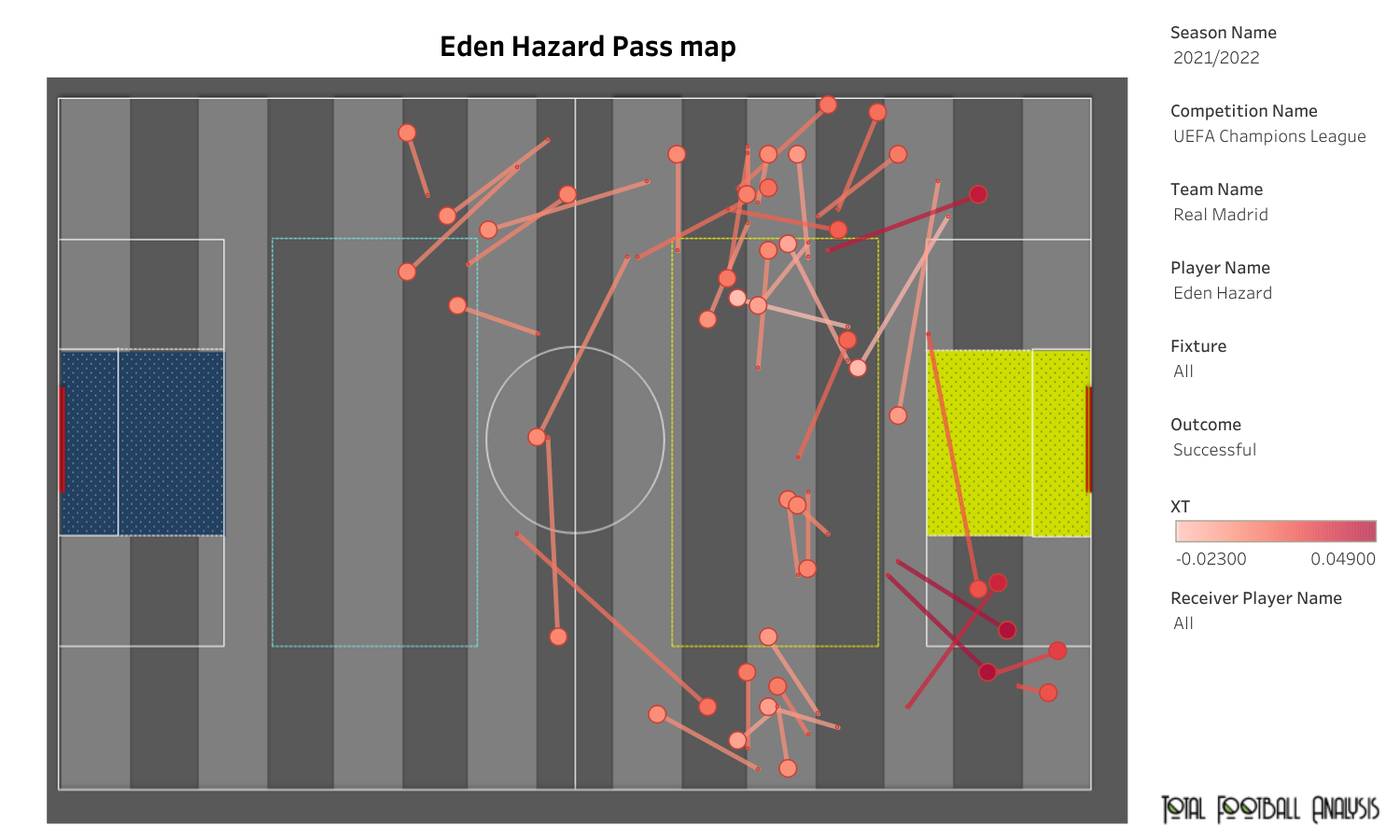 Eden Hazard has featured against Sheriff, Inter Milan, and PSG in the UEFA Champions League this season and started in the match against Sheriff. The player has spent only 89 minutes on the pitch. He has attempted 52 passes with a passing accuracy rate of 84.61%. The above viz shows all the successful passes made by the 31-year-old forward. We can observe that he has failed to create a lot of threats from his passing, and only a few of the passes have landed inside the opposition’s penalty box. His passes include two crosses and two smart passes each. 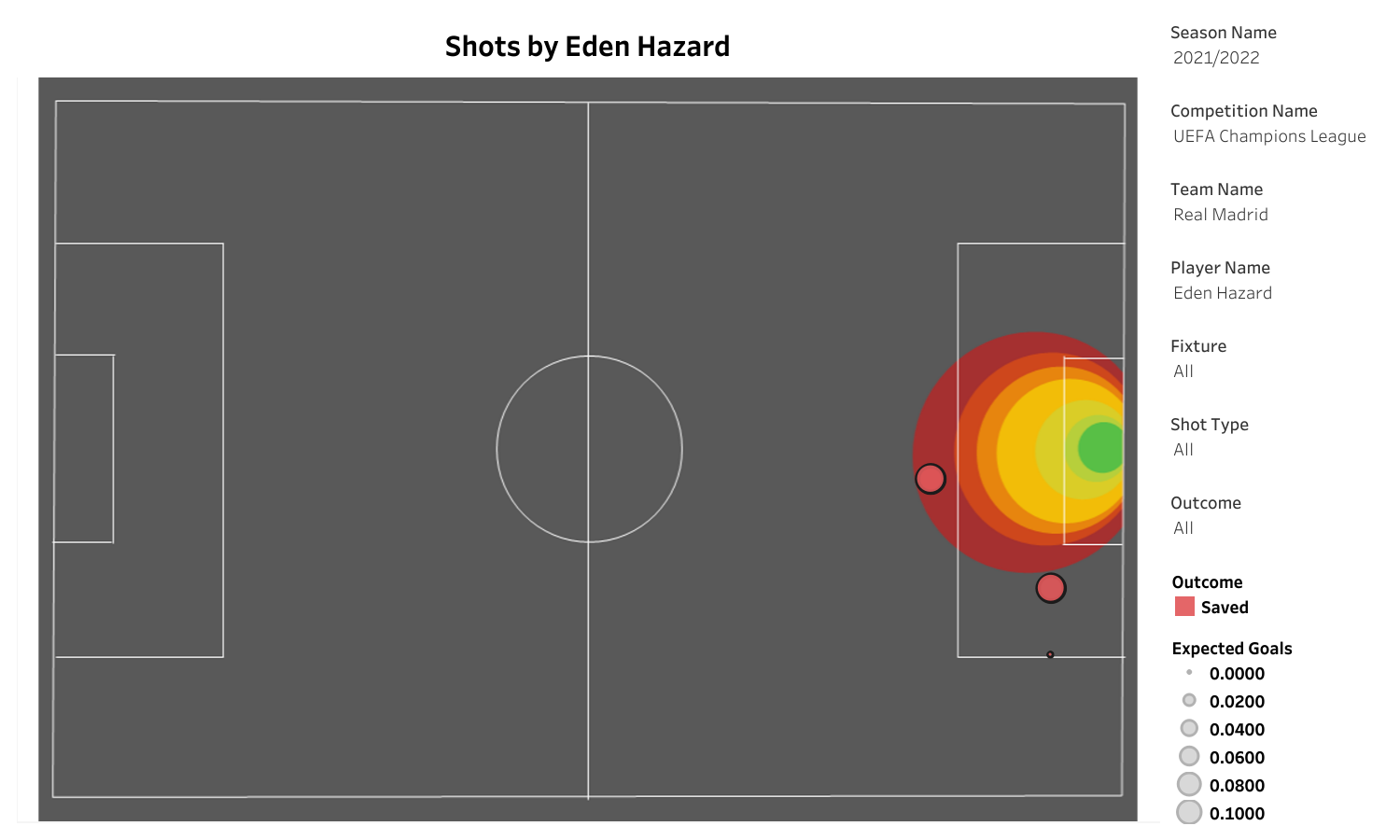 Eden Hazard was influential only in Real Madrid’s match against Sheriff. He started in that match and spent 65 minutes on the pitch before getting substituted. The player attempted three shots with a 100% shot accuracy rate. All the shots were attempted from inside the opposition’s penalty box, as observed in the figure above. Other than this, he has only had two touches inside the opposition’s penalty box.

Eden Hazard is playing in the third different league of his career. He won a league title with Lille, two with Chelsea, and the previous year with Real Madrid. The winger brings in a lot of experience. Thorgan Hazard, Eden’s younger brother, plays for Dortmund, and these two can unite for the first time at the club level. Borussia Dortmund are emerging as the favourites to sign the Belgian international from Real Madrid.