Emre Can made a big-money move from Juventus to Borussia Dortmund in the January transfer window of the 2020/21 season. He made his name by playing for English Premier League side, Liverpool, for a four-year spell. Can is a 28-year-old midfielder who plays as a central midfielder. He is a versatile player and has played as a defensive midfielder, centre-back, and full-back. He is one of the most experienced players in Dortmund’s line-up and could play a crucial role in the next season.

Borussia Dortmund have made a lot of transfers this summer. They are in search of silverware and have set their sights on the league title. Can could be a regular in the side and play a key role in a long season for the German club. They will once again compete in the UEFA Champions League. 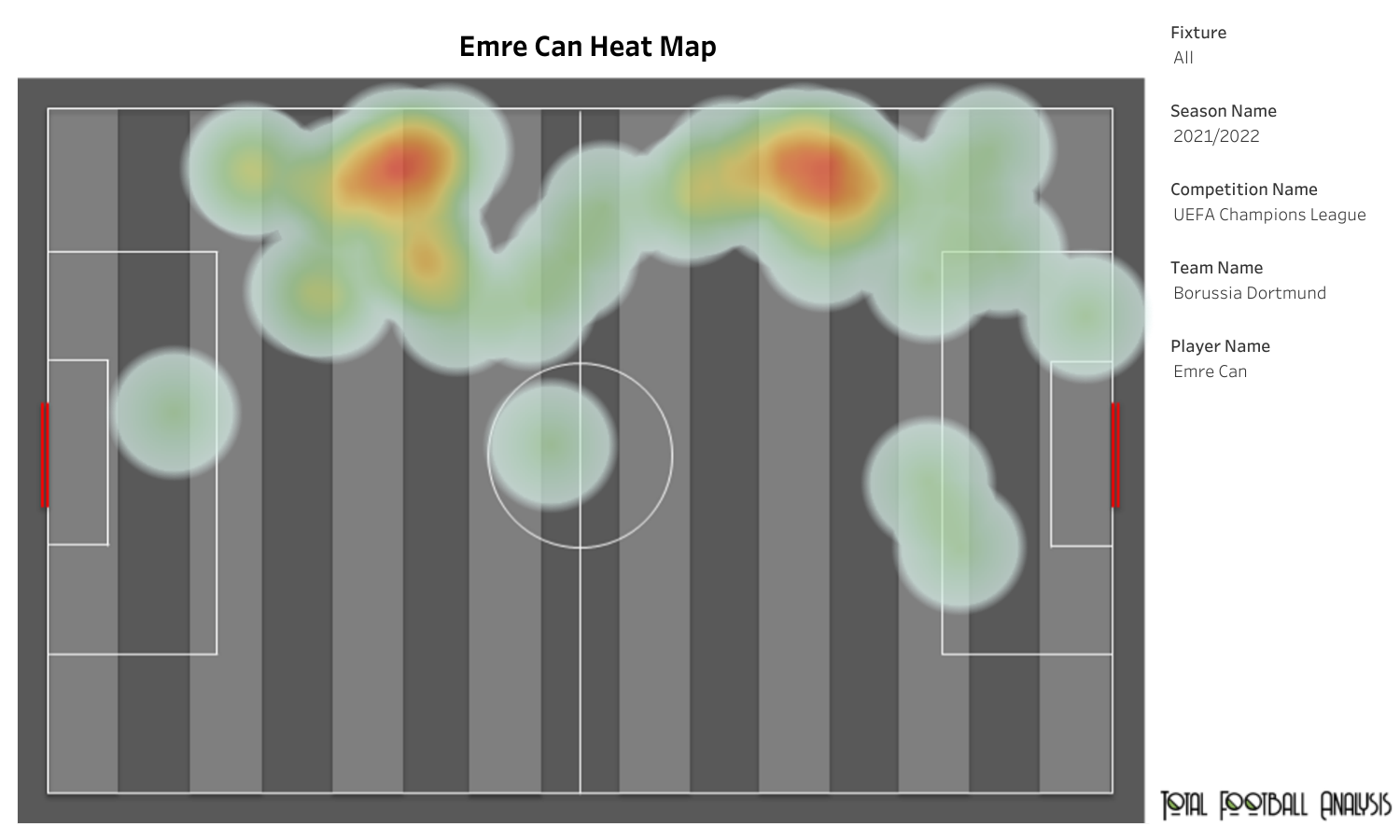 Last season, Can made 29 appearances for the German club. He managed to score five goals and provided an assist. The above heat map shows his positioning in the two UEFA Champions League appearances. He spent 77 minutes on the field. By looking at the above viz, we can observe that Can played as a full-back on the left side for the German club. He made some attacking runs and covered most of the left-wing. 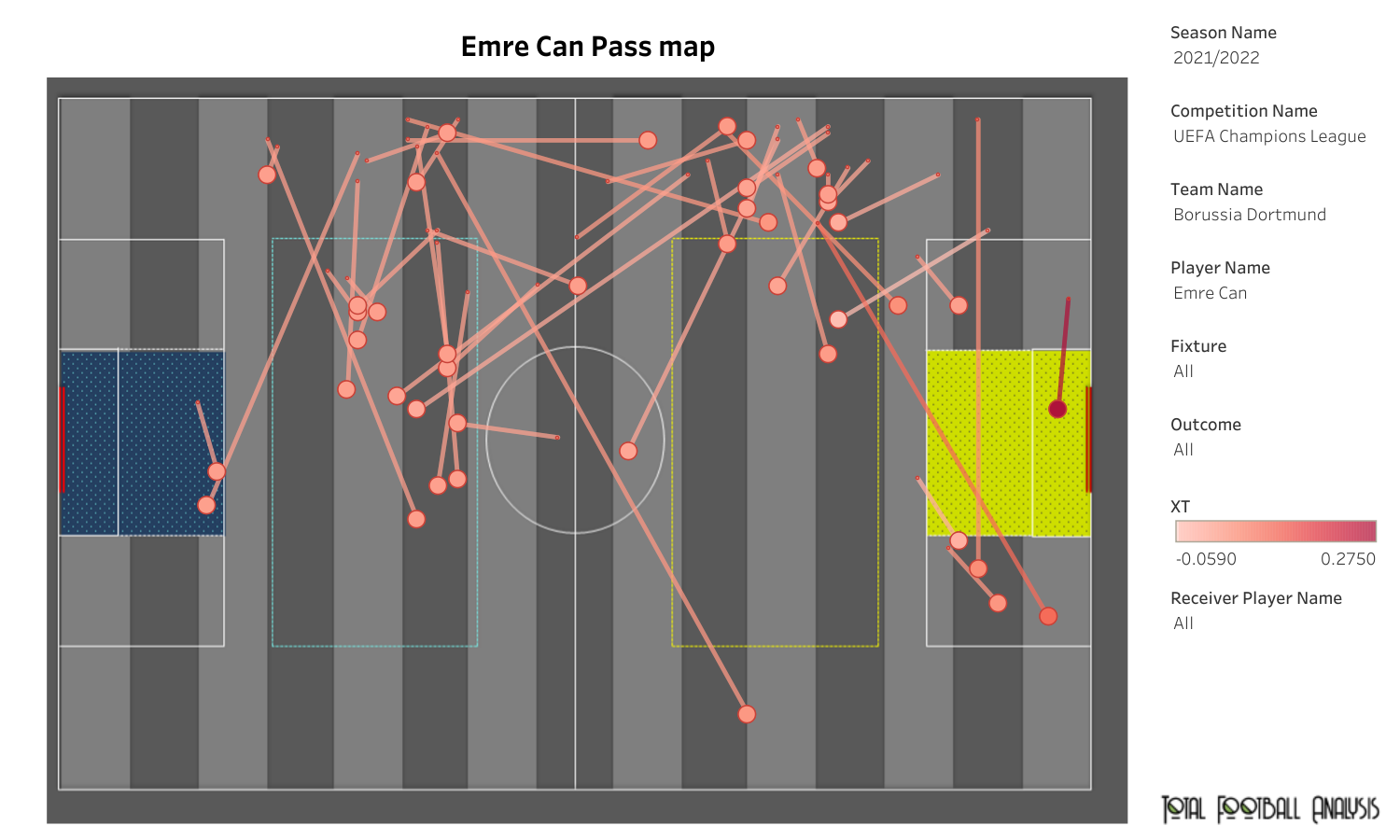 Can attempted 42 passes and averaged 49.09 passes per 90 minutes. He had an accuracy rate of 85.7%. The above pass map shows that Can made a lot of sideway passes. He even tried to change the direction of the play on a couple of occasions. Can took a few touches in the final third and tried to find a teammate inside the box. The German international can pass the ball and even score goals. He scored a spectacular overhead goal for Liverpool in the English Premier League. The 42 passes attempted by him included three crosses, three long passes, one smart pass, and through pass.

Emre Can proved to be a versatile midfielder for the German side. He can play as a defender and as a midfielder. The player also has the ability to score goals and is always present in the opposition’s penalty box during set-pieces. Emre Can will look to cement his place in the starting XI and help his side to win silverware next season.