Borussia Dortmund have been active in reshaping their team for next season and have already made some crucial signings in the form of Niklas Sule, Nico Schlotterbeck and Karim Adeyemi. Now the team has focused its attention on signing a left full-back for this season. They already have Raphael Guerreiro, Nico Schulz, and Tom Rothe in their team. However, Nico Schulz will be leaving in the summer, and Raphael Guerreiro is also being offered to Barcelona, leaving them with the option of youngster Tom Rothe to fill the position. Borussia Dortmund have identified Chelsea youngster, Ian Maatsen (on loan at Coventry City) as the new target to play in the full-back position. The 20-year old impressed on his loan spell in England’s second division and is already on the wishlist of some of the clubs. Here are some of the stats that will highlight his performances from this season. 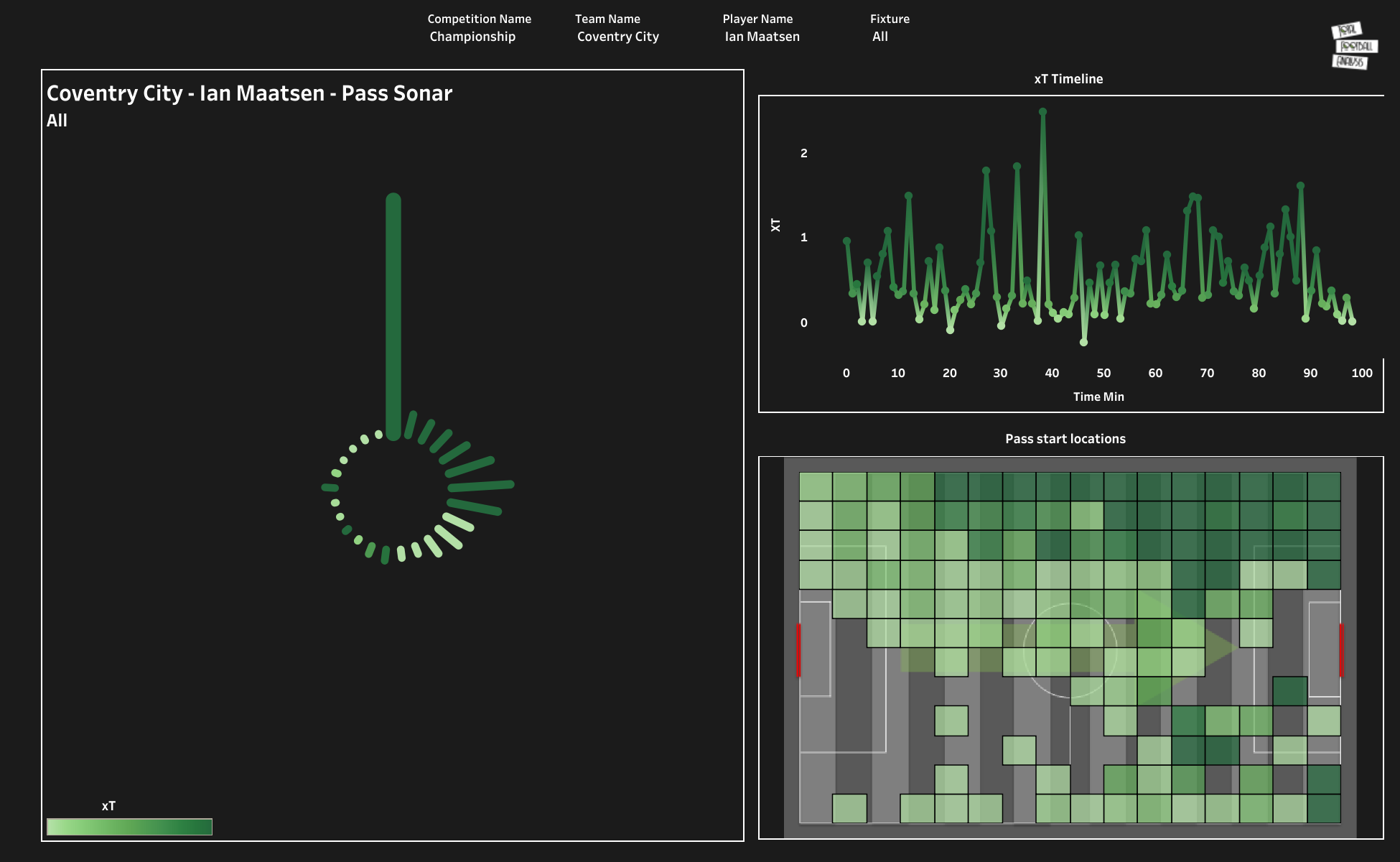 The full-back made 40 league appearances for his side and scored goals on three occasions. He also provided an assist in the season. The above viz shows that the youngster has attempted a lot of passes from the middle and final third. Most of the threat has been created from passes attempted towards the end of the first half. He averaged 3.48 crosses per 90 minutes and 0.76 through passes per 90 minutes. 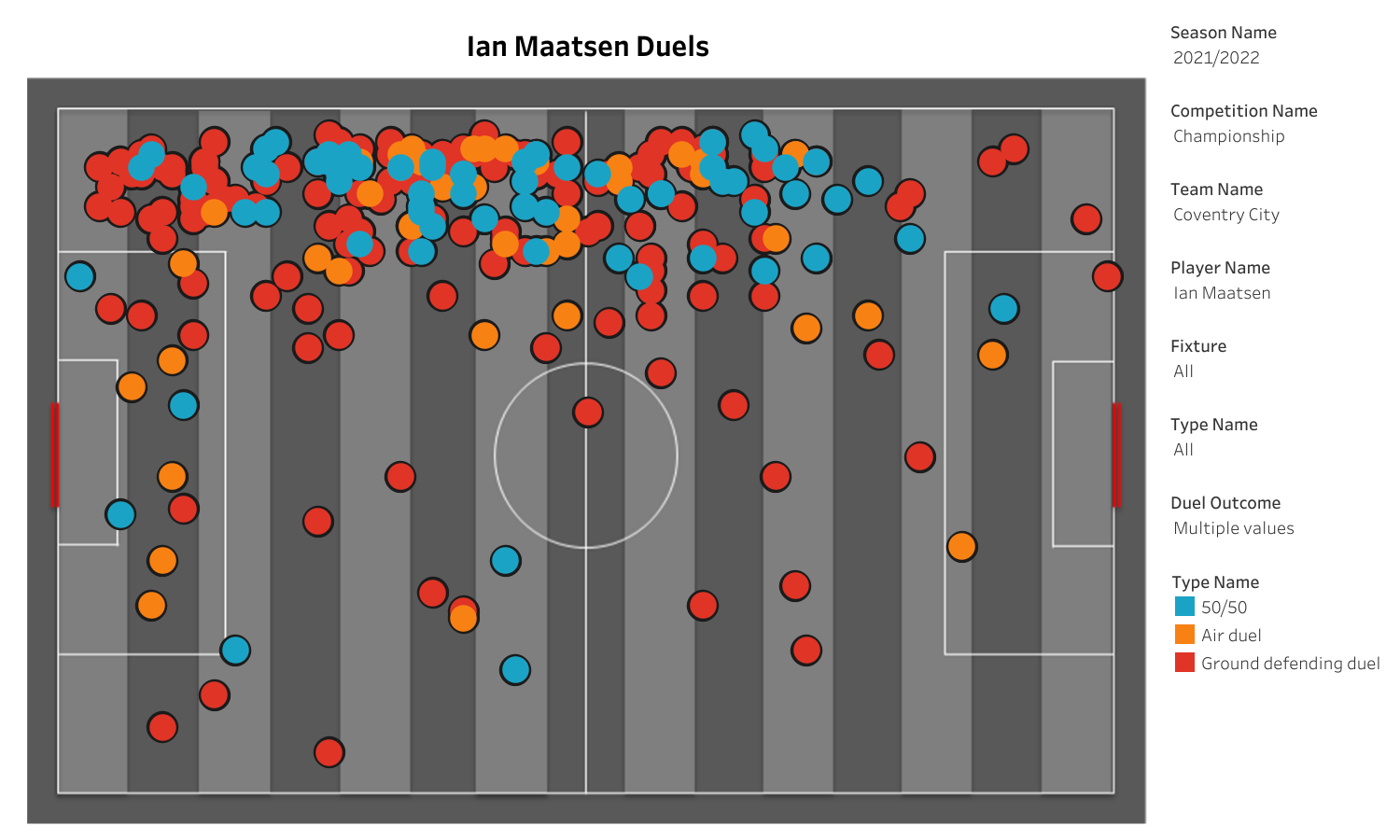 Ian Maatsen has contested a lot of defensive and loose ball duels. The above viz shows all the duels that were won or ended in a neutral result. Most of the duels have been contested inside the defensive and the middle third. He has tried to break the opposition’s play before they enter the defensive third. The 20-year-old has also made 145 crucial interceptions that have helped to break the opposition’s attacking play. 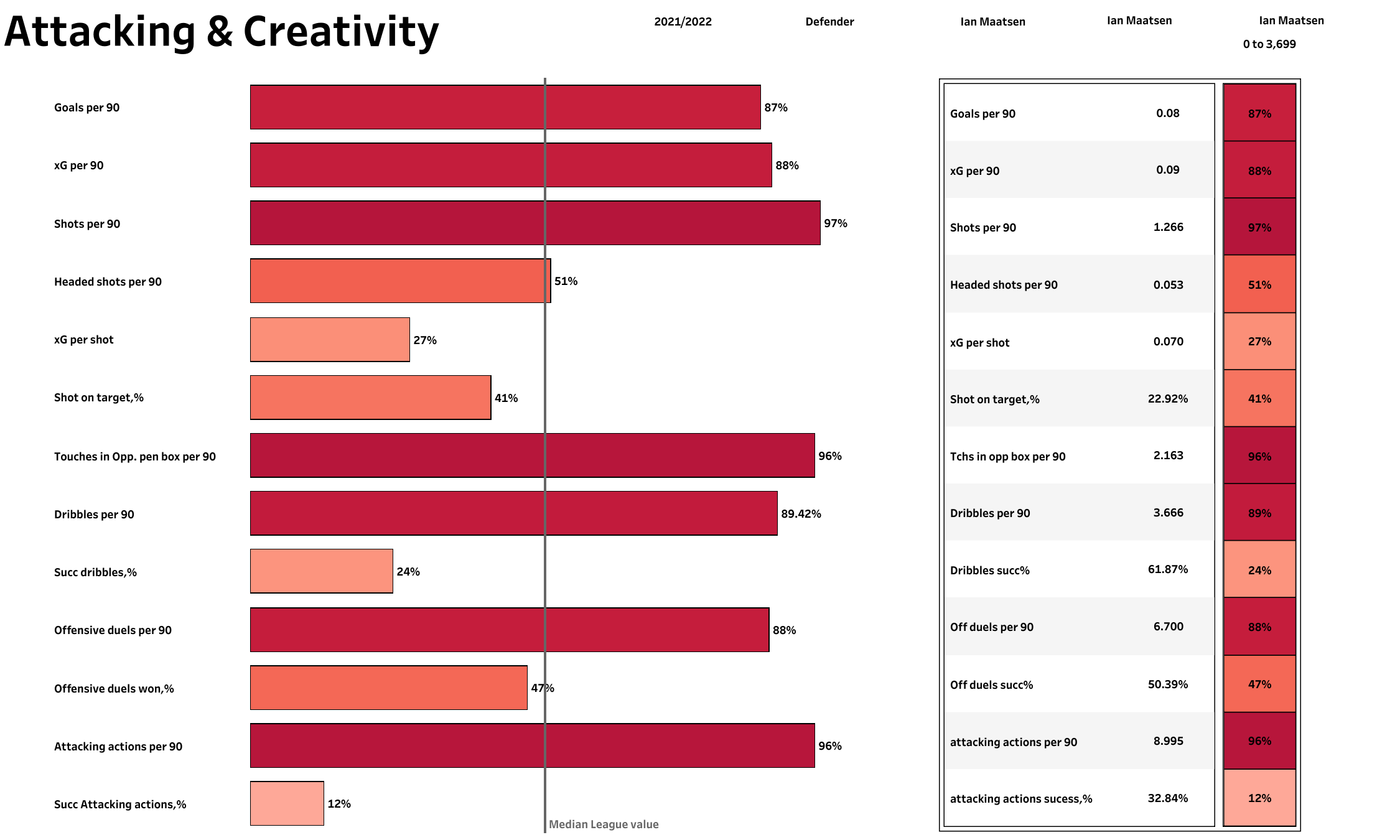 When looking at the above chart, the general rule is that the longer the bar, the better the performance — you can see the league average in the middle, and the % is the percentile rank the player is in. Ian Maatsen impressed everyone with his attacking displays on the pitch. He averages around 1.22 shots per 90 minutes with a 23% shot accuracy rate. The player also penetrated the opposition box regularly, with an average of more than two touches inside the box per 90 minutes. 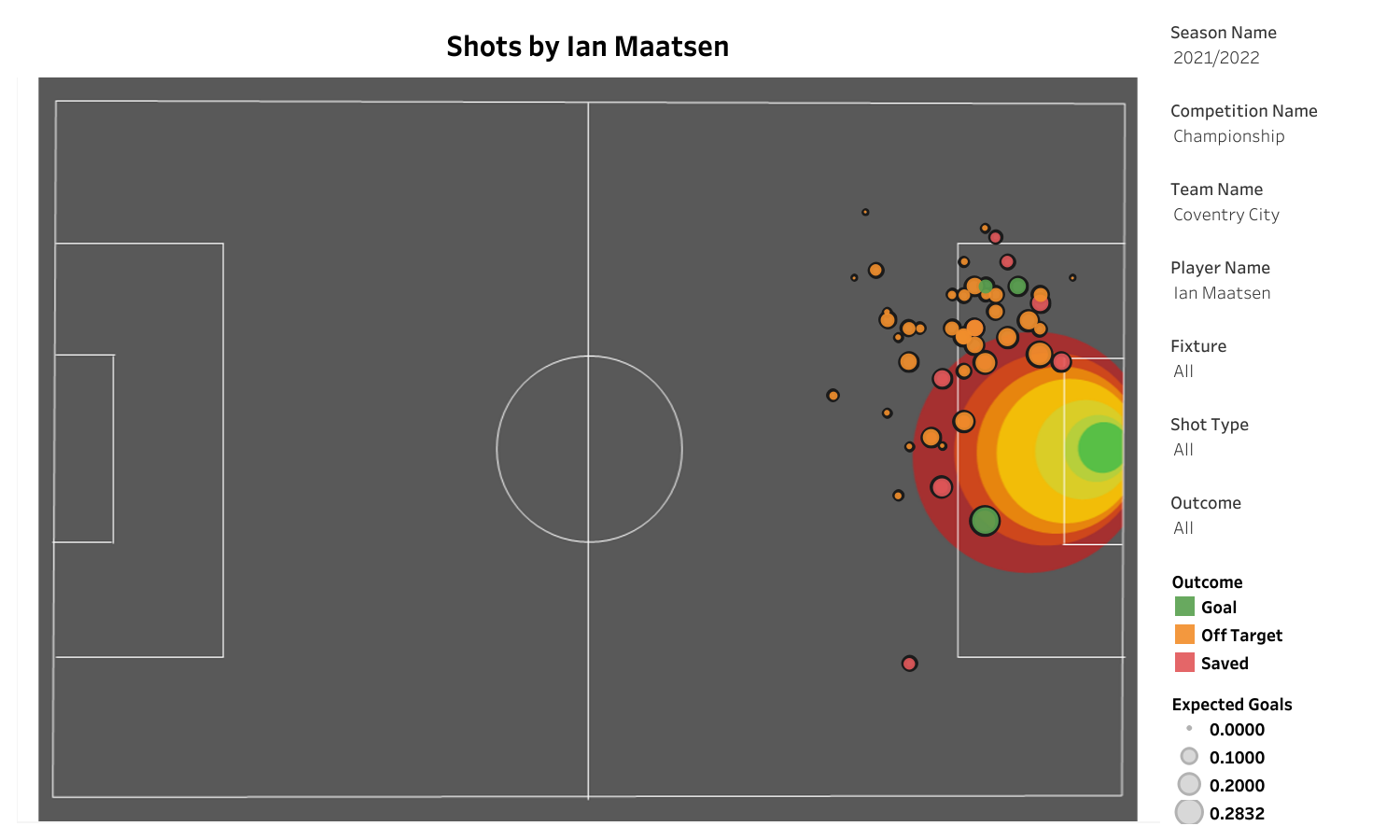 The above viz shows all the 48 shots attempted by the full-back this season. He managed to hit the target 11 times and scored three goals from inside the opposition’s penalty box. Maatsen had attempted most of the shots from the left side.

Ian Maatsen is still in his early days in league football. He spent his second season on loan away from Chelsea and is already on the transfer radar of some of the clubs. The Blues could sell the youngster if they get the price they want for him. A move to Borussia Dortmund could guarantee him more game-time in the top league, and he could also represent Dortmund in the UEFA Champions League.