In 2019, Borussia Dortmund signed Julian Brandt from rivals, Bayern Leverkusen. He was one of the promising youngsters in modern-day football. The 26-year-old has been a regular in the squad since joining the club but has struggled to cement his place in the starting lineup. Lack of consistency has affected his game-time on the pitch, but the player is slowly finding his form for Dortmund. The attacking midfielder played a crucial role in Borussia Dortmund’s second-place finish in the Bundesliga 2021/22 season. He made 31 appearances in the league and made 17 goal contributions, which included nine goals and eight assists. The player also featured in the UEFA Champions League for Borussia Dortmund.

The above viz shows the heat map of the player, and the average position of the player shows that he featured from his favoured right-sided position. However, he has changed his position during the matches and has featured as a number ten in the team. It looks like Brandt played behind the striker and was flexible with his positioning on the field. He made five appearances in the UEFA Champions League but failed to score a goal or provide an assist. 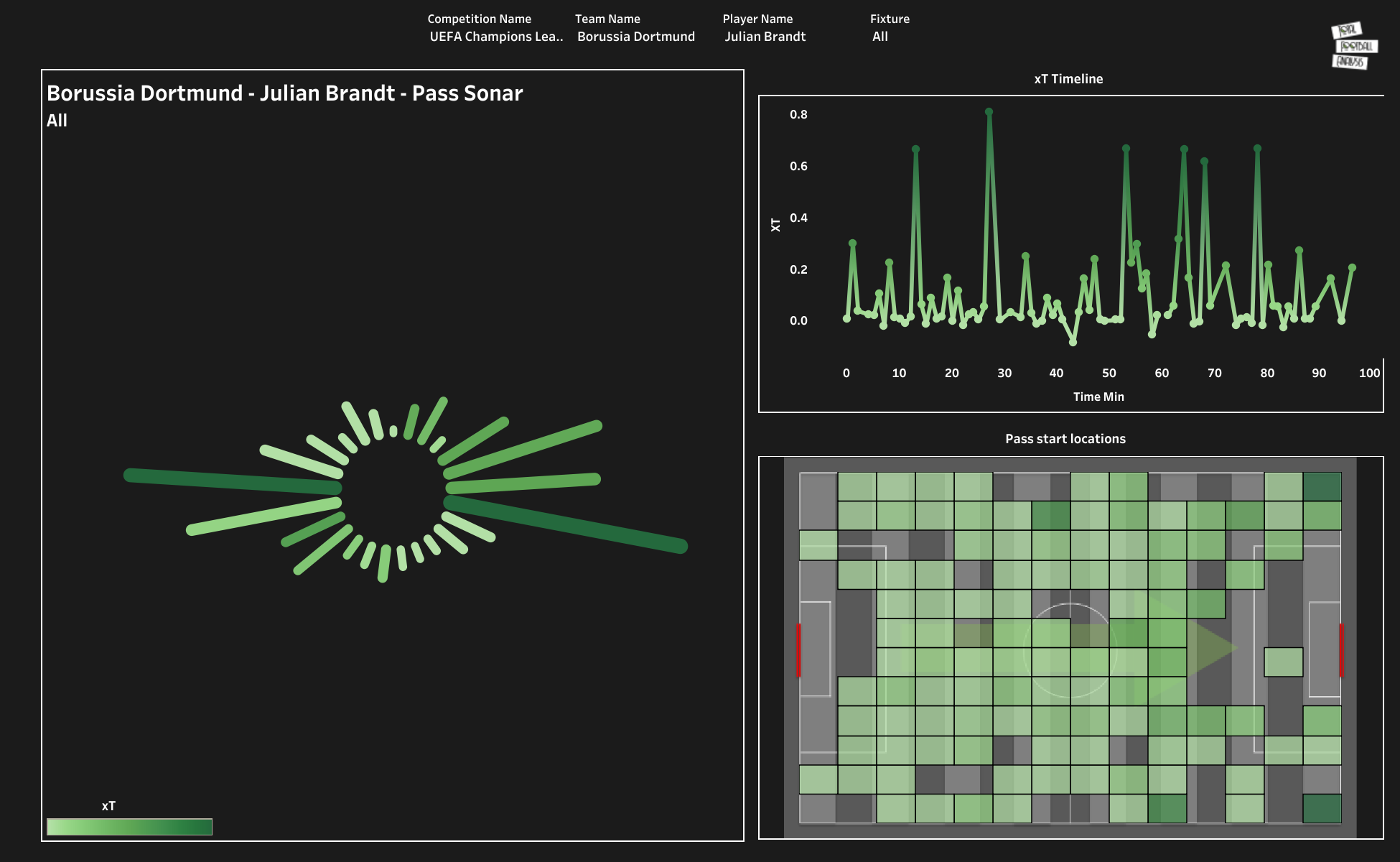 The above viz shows the pass start location as well as the threats created from passes at different time intervals. By looking at the above map, we can observe that Brandt attempted a lot of passes from the edge of the attacking third of the opposition. He went wide and tried to attempt a few passes into the opposition’s penalty box. The player was also active in set-piece duties. The xT timeline shows that the midfielder created more threats in the second half when compared to the first half. 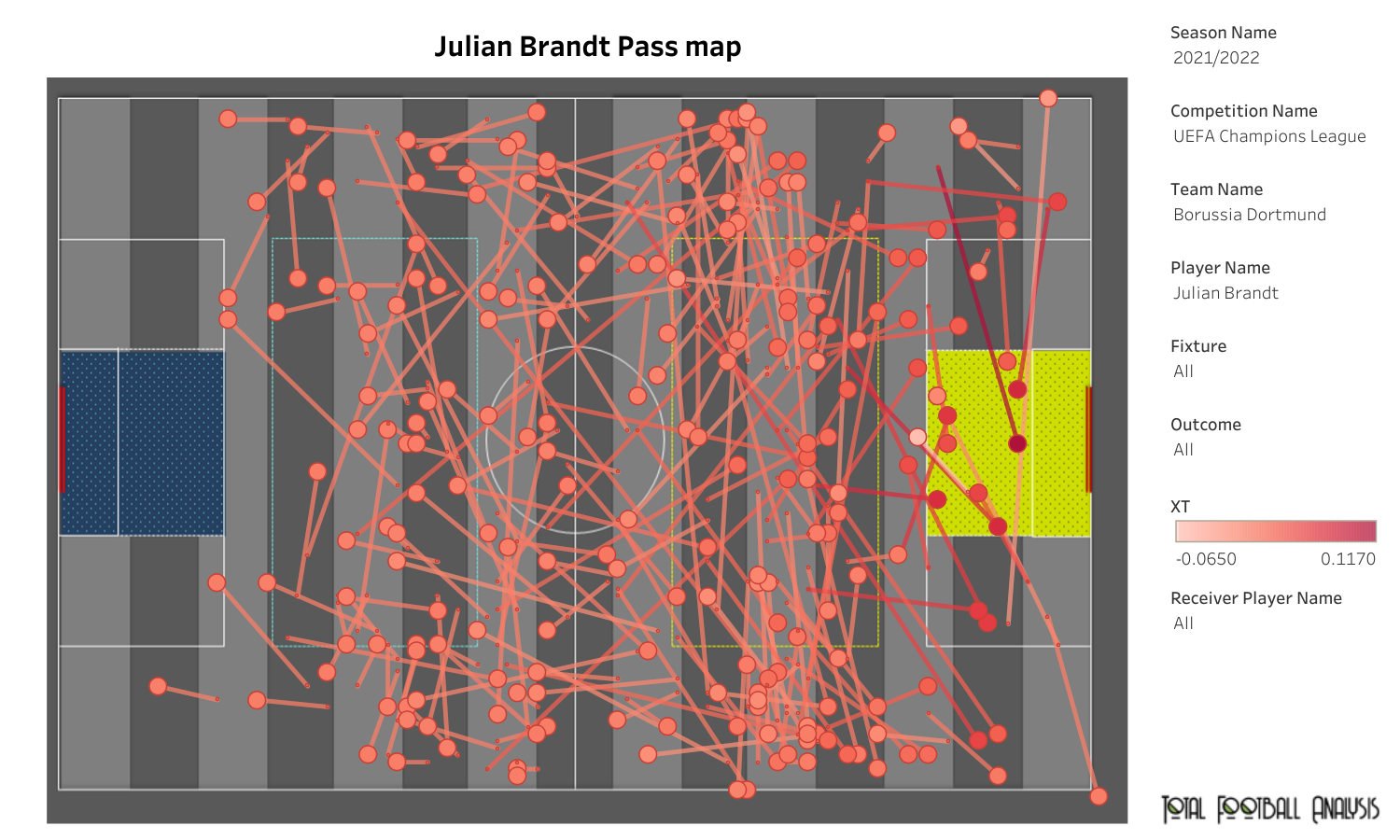 Brandt averaged 47.37 passes per 90 minutes with an accuracy rate of 87.27%. He attempted nine forward passes per 90 minutes, and the rest of the passes were involved in building up the play. The above viz shows the pass map of Julian Brandt. He attempted a few passes into the opposition’s penalty box. He also attempted seven crosses, one smart pass and one through pass. The midfielder attempted a few passes from crossing positions on the wider sides.

The 26-year-old didn’t pose many threats in the UEFA Champions League, but he was a constant threat in the domestic league. He could play a crucial role in Borussia Dortmund’s upcoming season and become their best playmaker. Brandt will also look to perform better and lead his team to silverware.