Marius Wolf played a crucial role for Borussia Dortmund last season. He is a wide midfielder who also played as a full-back for the injury-hit German club. Dortmund were without a few players throughout the season. Their players suffered injuries frequently, ruling them out of a lot of matches. Wolf stepped up to the occasion and played different roles, and that impressed the manager. The 27-year-old is into his fifth season with Dortmund and is expected to play a key role in their quest to win the Bundesliga title from Bayern Munich. His versatility played a key role, and some of the stats from last season show how he can be handy for the new Borussia Dortmund side. 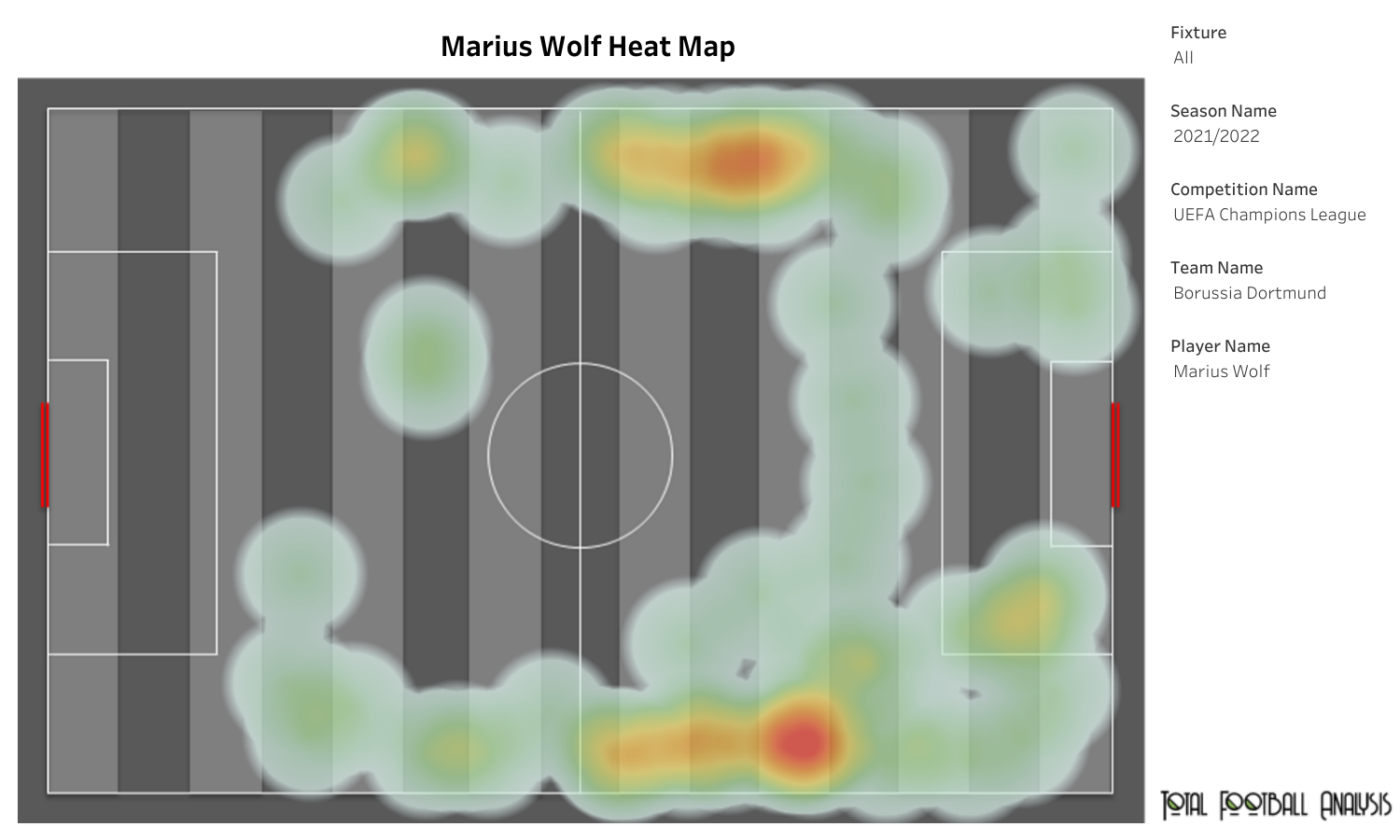 Wolf featured in 35 matches for the German club last season. He scored three goals and provided an assist. All the goal-scoring contributions came in the Bundesliga, where he made 27 appearances. The above viz shows the heat map of the player in the five UEFA Champions League appearances. He started in two matches and came on as a substitute in the other three matches. Dortmund had fewer injuries during the Champions League campaign, and Wolf played on the left and right wing. Later on, when Thomas Meunier got injured, Wolf was used as a right-back by the manager.

The 27-year-old was involved in 9.8 attacking actions but had a low success rate of 23.8%. Wolf likes to beat the opposition defender with his pace and skill, frequently penetrating the opposition’s penalty box. He averaged 4.2 touches inside the box per 90 minutes.

Wolf averaged 33.75 passes per 90 minutes with an accuracy rate of 73.6%. The above viz shows all the 72 passes that were attempted by the player in the elite competition. These passes included nine crosses, three smart passes, and three through passes. The player averaged 4.2 crosses per 90 minutes and some of his passes landed in dangerous areas inside the opposition’s penalty box. Wolf came on as a substitute in three matches and had to make a direct impact. He tried to create chances but was unable to provide an assist. However, he created constant threats with his passing. 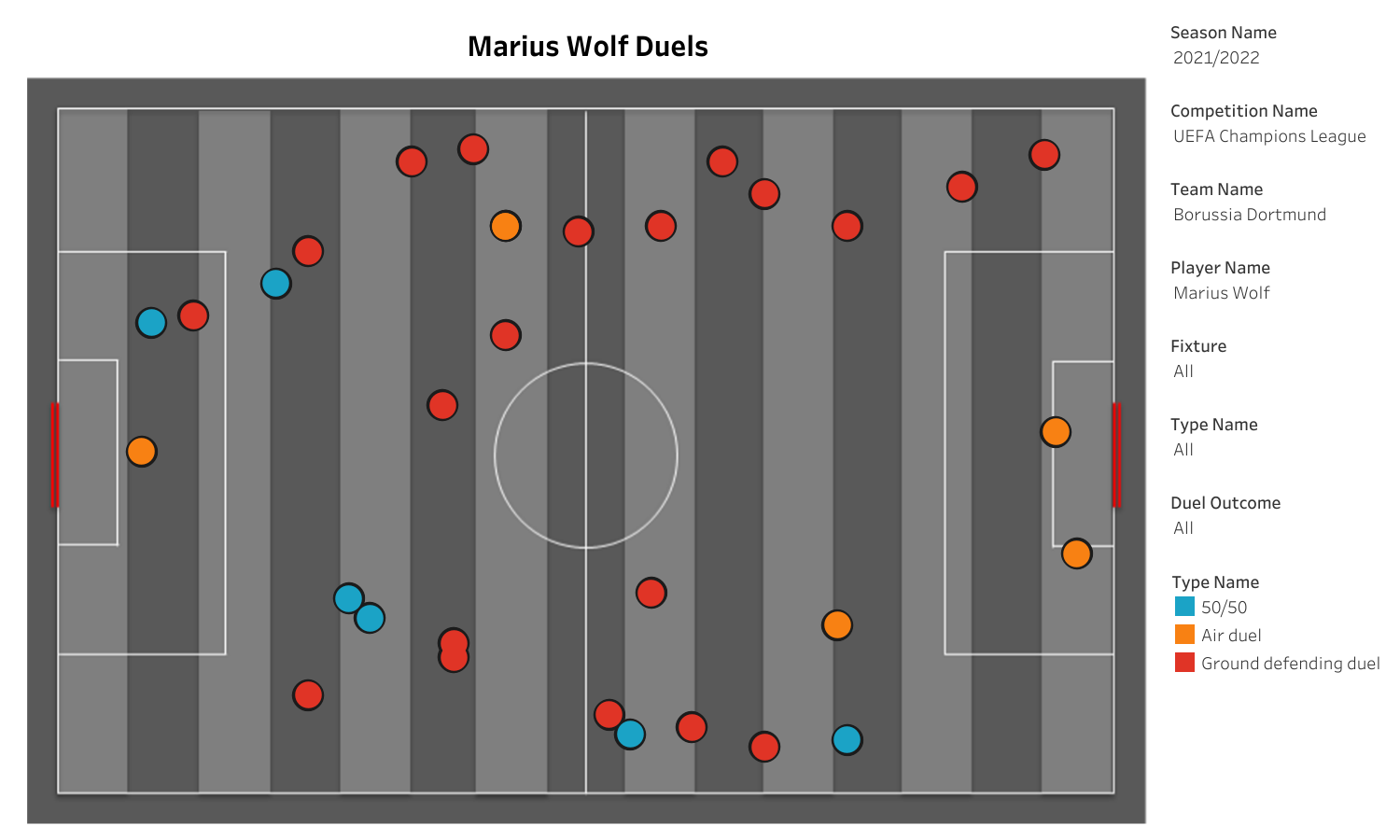 In the limited time he spent on the field, Wolf averaged 16.4 defensive actions per 90 minutes with a 71.4% success rate. The above viz shows all the duels that were contested by the player. He contested 20 defensive duels, six loose ball duels, and five aerial duels. He also made ten crucial interceptions and recovered the ball 13 times. He played an attacking role and had fewer defensive contributions.

Borussia Dortmund have made a lot of signings this season and have set their eyes on the domestic title. Marius Wolf is expected to play a key role and is likely to feature from the bench. He can play different roles, and that could solve a lot of issues for the manager. The player will also be expected to start more games and contribute more towards scoring goals.