Borussia Dortmund are becoming a hub for young, talented footballers in the modern era. They recently sold their striker, Erling Haaland, to Manchester City. Last season, Jadon Sancho left for Manchester United, and their English sensation, Jude Bellingham, is also being linked with a move to big European clubs. Borussia Dortmund have also signed Karim Adeyemi, who is just 20 years old and is one of the top upcoming German talents. The German club is now looking to add one or two more youngsters to their squad. One of the players they are scouting is AS Monaco’s winger, Sofiane Diop. The 22-year-old was promoted to the first team in 2018 and has been a regular in the last two seasons. The U-21 French international has represented his country at four different age levels. He is being targeted by quite a few European clubs after the most productive season in his professional career.

Diop made 45 appearances for Monaco in all competitions. He started in 29 matches and scored nine goals, along with six assists. The 22-year-old represented his side in the playoff round of the UEFA Champions League last season, but Monaco failed to qualify for the group stages. He came off the bench in all four qualifier matches and spent 158 minutes on the pitch. 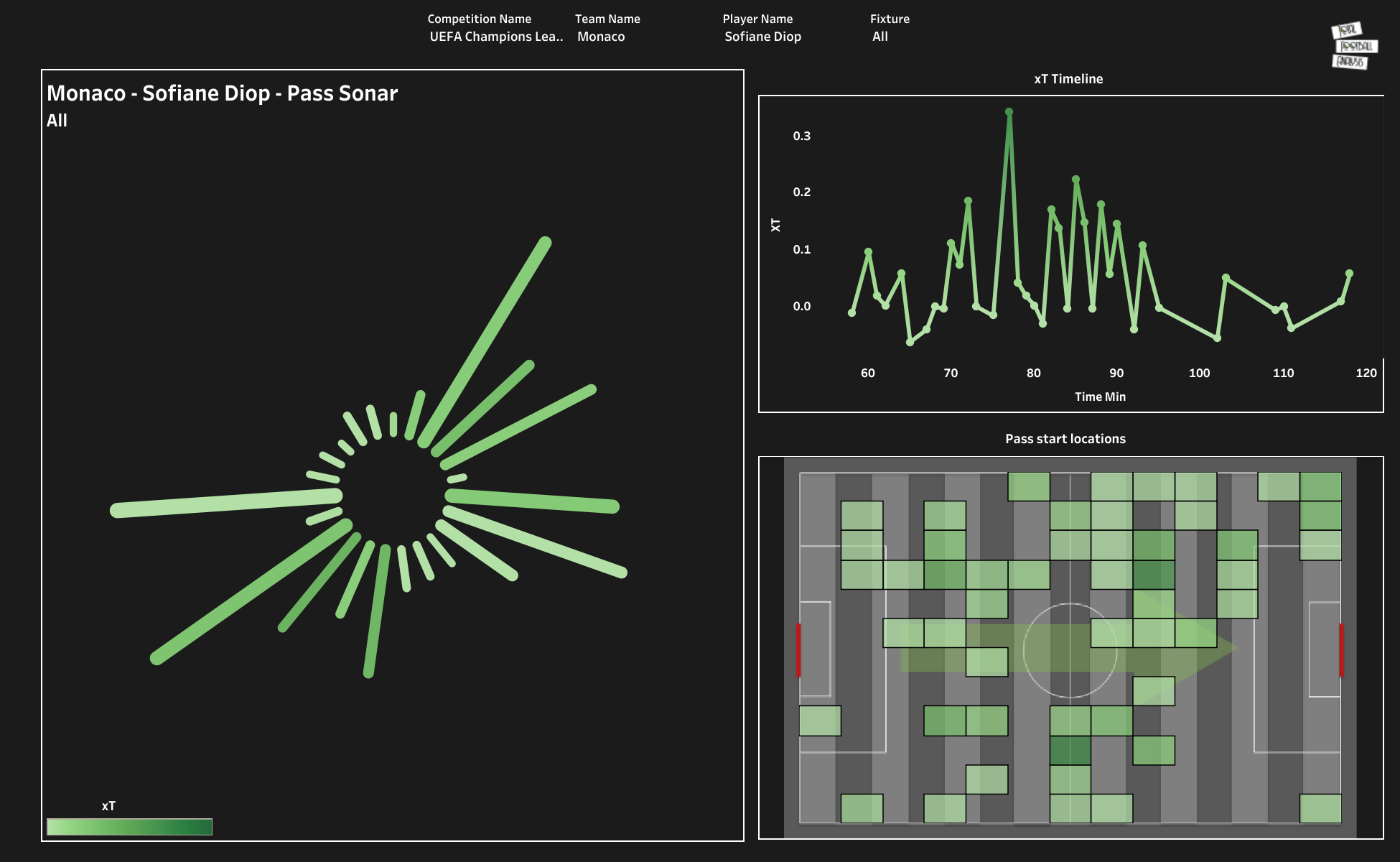 The Frenchman attempted 70 passes with an average of 39.87 passes per 90 minutes. His accuracy rate was a bit low at 75.71%. These 70 passes included one cross, five smart passes and through passes each. The above viz shows the pass start location of the player. We can observe that Diop featured on the left as well as on the right side for Monaco. He was more comfortable on the left side and played a high line towards that side. 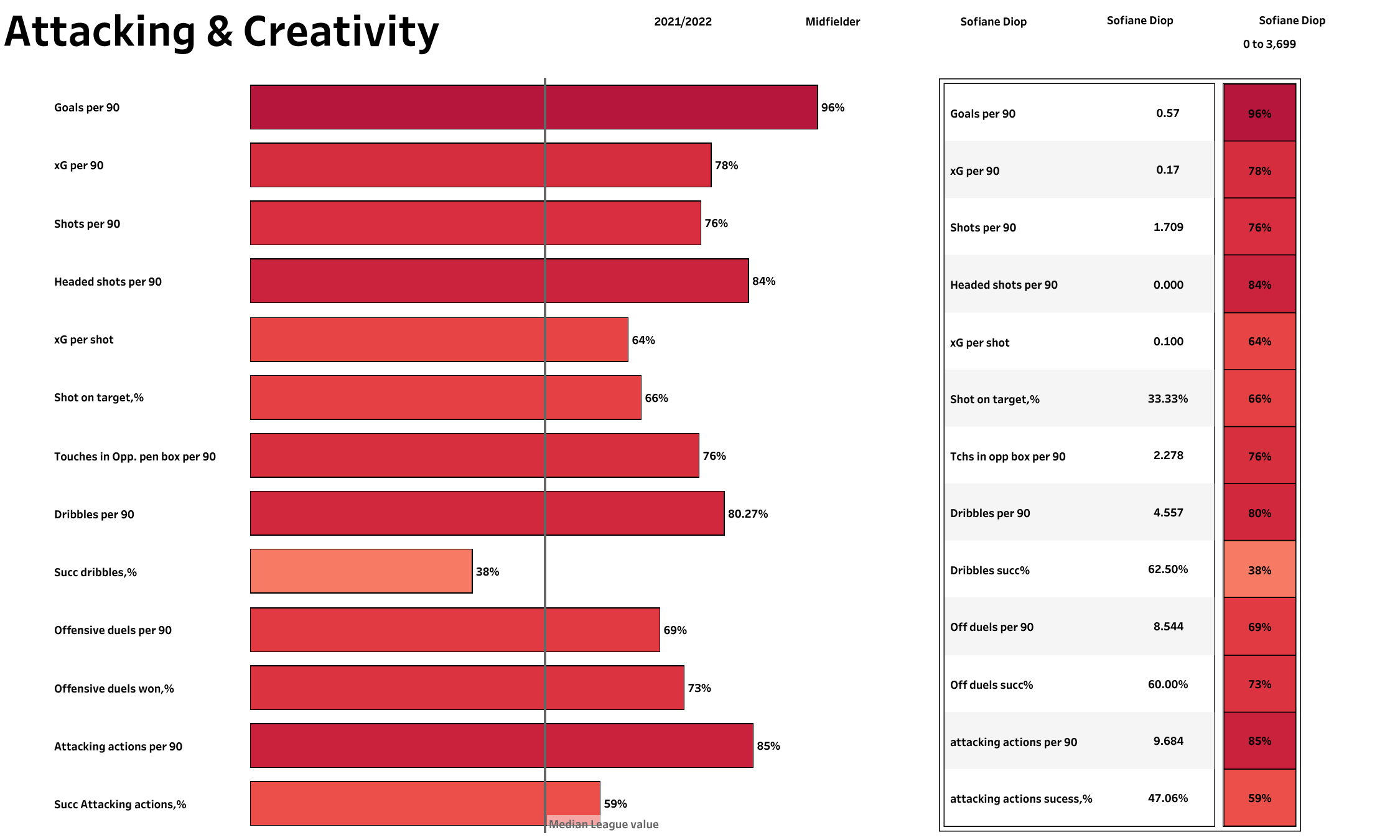 Diop scored a goal for his side in the qualification round. When looking at the above chart, the general rule is that the longer the bar, the better the performance — you can see the league average in the middle, and the % is the percentile rank the player is in. The player has a high percentile rank due to the limited minutes he spent on the field. However, he had a lot of impact on the game after coming off the bench. The player attempted eight dribbles with a 62.5% success rate. Diop attempted three shots, and his only shot on target found the back of the net. His attacking action rate per 90 minutes was high in comparison to the other midfielders in the UEFA Champions League.

The Frenchman made an impact in most of the games he appeared in last season. His form dipped a bit in the second half of the season, and that might be the reason why Borussia Dortmund have still held talks with the French club. They might assess him and sign him in January or next season. He is highly rated and a move to Borussia Dortmund could open doors for many more opportunities in the future.