Borussia Dortmund have been one of the most active clubs in the transfer window. The German side saw Bayern Munich lift the Bundesliga title for the tenth time in a row and are looking to get back the title from their rivals. They have already signed Niklas Sule and Nico Schlotterbeck and have reached an agreement for a couple of other players. Borussia Dortmund faced right-back issues as Thomas Meunier was injured for more than half of the season, and Marius Wolf, who is a midfielder, used to play in that particular position. The Bundesliga runners-up are looking to strengthen the position and have set their eyes on RB Salzburg defender Rasmus Kristensen. He is a very attacking full-back and could prove to be a good addition to Borussia Dortmund’s attack. The 24-year-old Danish player featured in every game played by Salzburg in the UEFA Champions League. 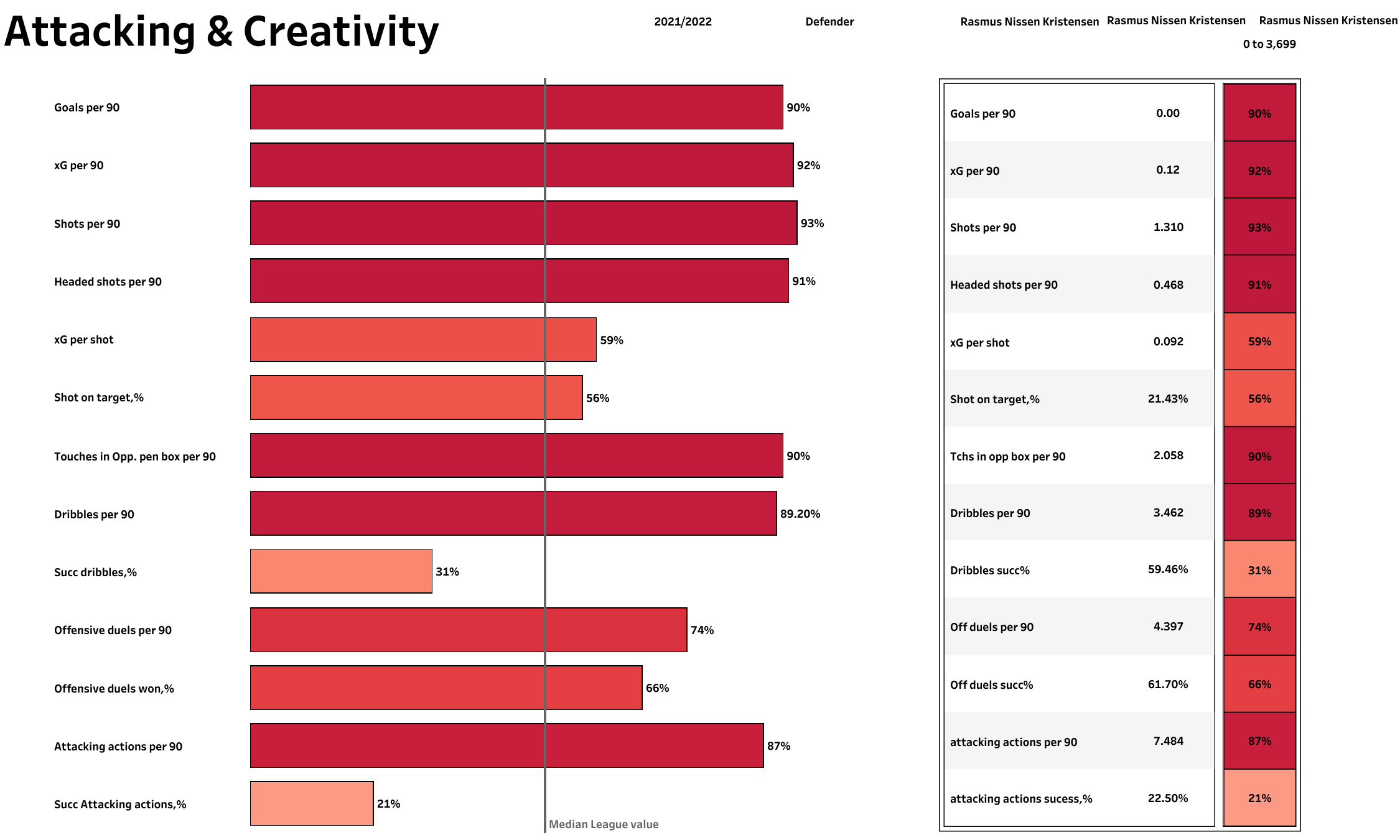 Rasmus Kristensen started in ten games for RB Salzburg in the UEFA Champions League this season. He was a very attacking full-back, and this can be observed by looking at the above chart. When looking at the above chart, the general rule is that the longer the bar, the better the performance — you can see the league average in the middle, and the % is the percentile rank the player is in. The full-back failed to score a goal or provide an assist in the Champions League but was always a threat going forward. He averaged 7.4 attacking actions per 90 minutes. The 24-year-old has a high percentile rank for attempting shots. 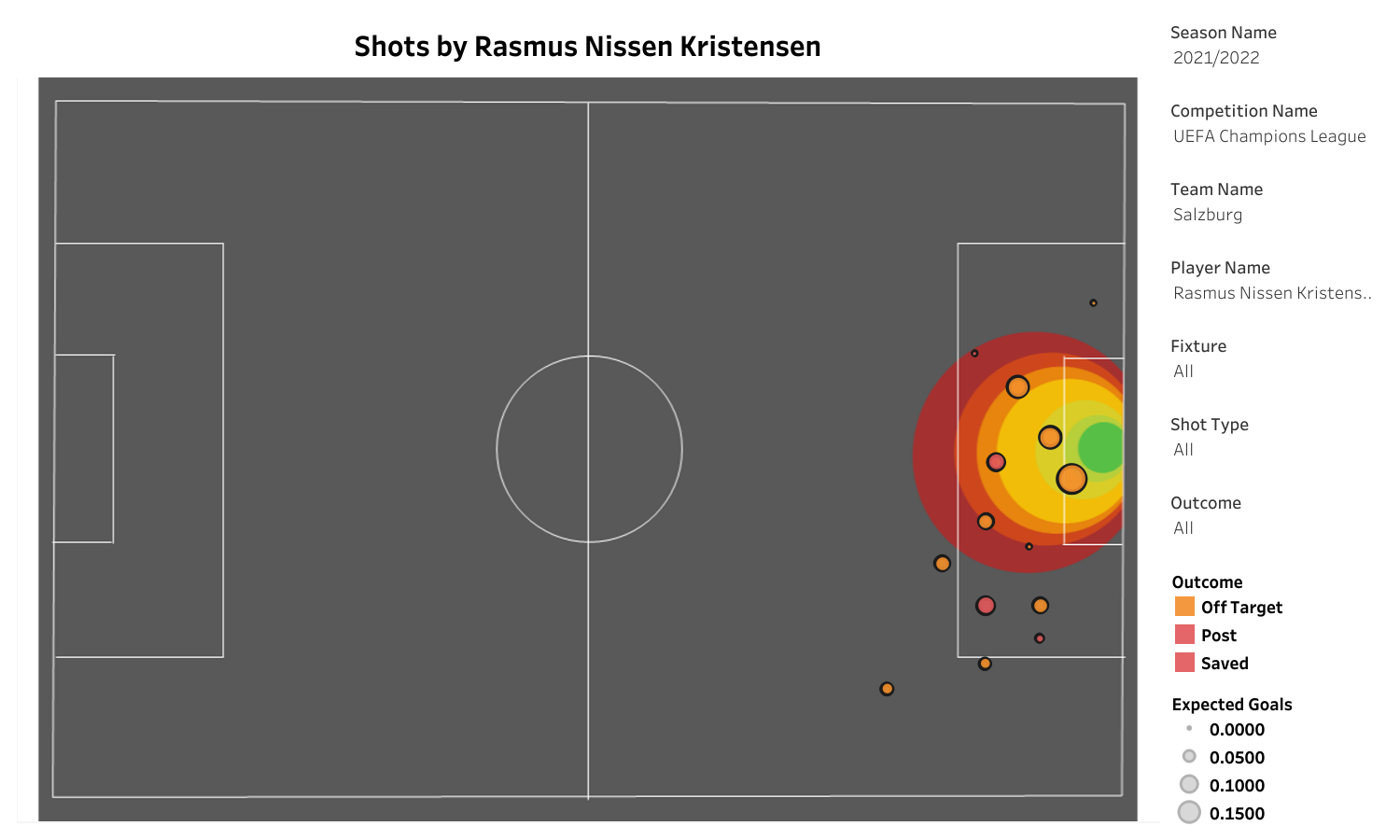 The above shot map shows that the right-back attempted 14 shots in ten matches. He only managed to hit the target three times. Of these 14 shots, only two were attempted from outside the opposition’s penalty area. Kristensen is also good in the air and a threat on corners and other set-pieces. He averaged 0.46 shots with headers per 90 minutes. 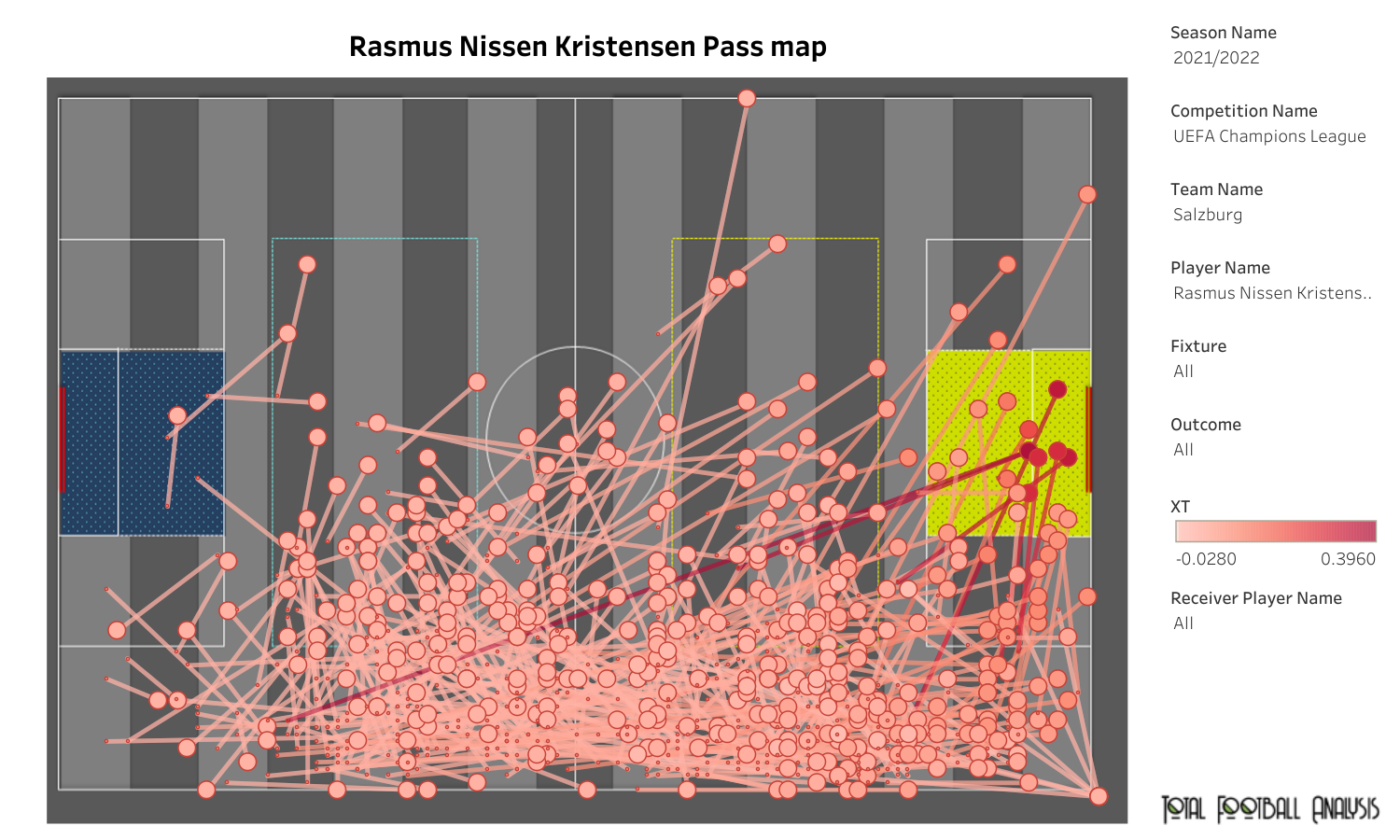 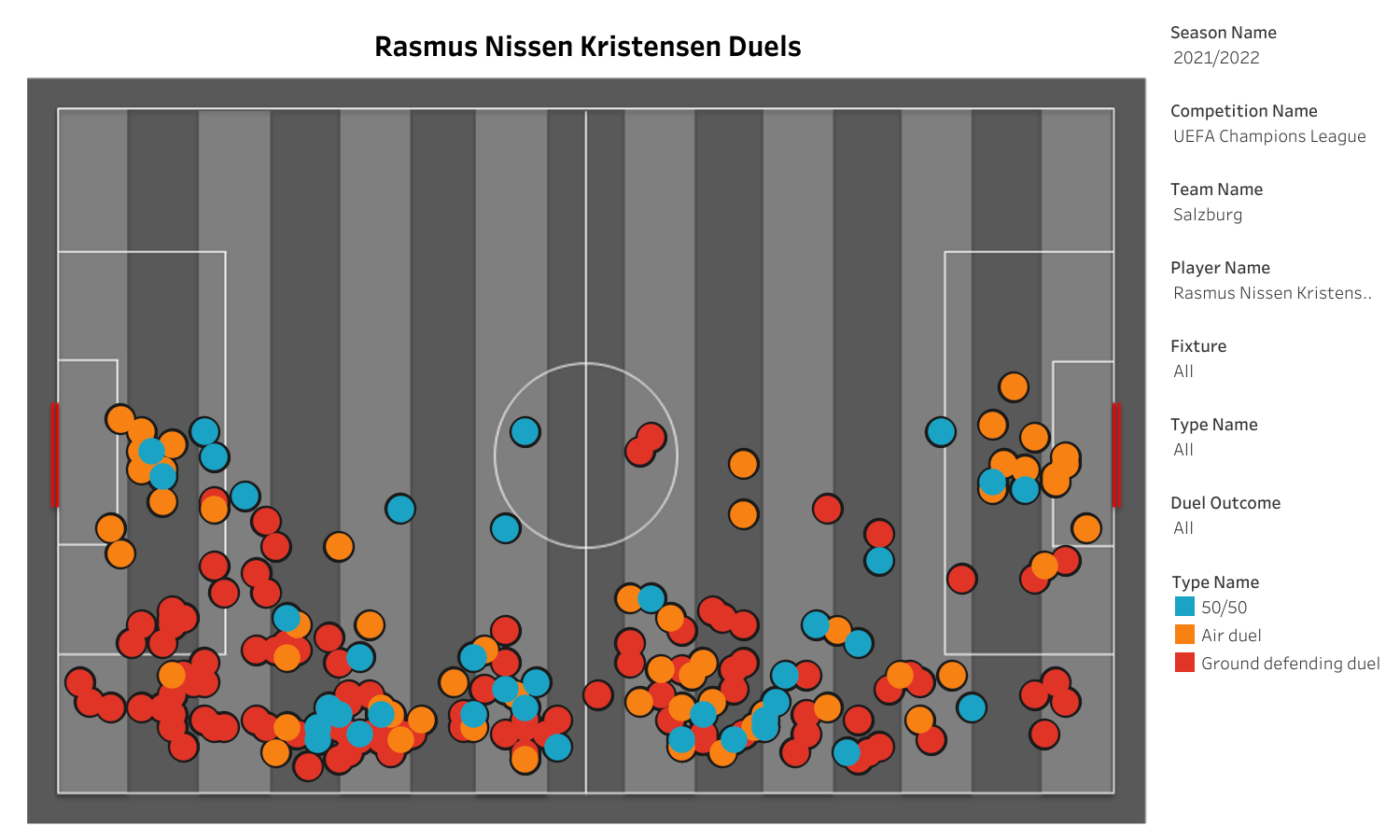 Rasmus Kristensen is a very attacking full-back and could be a great addition to Dortmund’s line-up. He can create threats on set-pieces and score more goals in the coming years. Borussia Dortmund are facing a lot of competition to acquire his signing. But the attacking stats of the full-back might urge them to complete his signing.