Among the forwards who are reportedly on Dortmund’s list of strikers to replace Erling Haaland is Ajax’s Ivorian striker Sebastien Haller. The upcoming summer transfer window would likely bring some changes to Dortmund’s attacking line, and signing a new striker will be high on their priority list if Haaland moves in the summer. Haller, who previously plied his trade at Eintracht Frankfurt, has already experienced playing in the Bundesliga from 2017 to 2019.

During his last season with Eintracht Frankfurt, Haller scored 15 goals and registered nine assists in 29 Bundesliga appearances. Following his departure from Frankfurt, Haller struggled to put up performances in the Premier League for West Ham, where he played for two seasons, scoring ten goals in 48 appearances in the league. However, the Ivorian’s move to the Dutch giants, Ajax, has been remarkable, and he has transformed into one of the most productive strikers in Europe currently. Haller has found the net 20 times in 24 appearances in the Eredivisie. He was an instrumental part of Ajax’s sensational group stage run in the Champions League, where they won all six of their fixtures. Barring the return leg of Round-of-16, where the Dutch giants eventually lost to Benfica, Haller found the net in all of Ajax’s fixtures.

A tally of 11 goals in eight appearances in the Champions League is the kind of goal-scoring exploit that could put Haller way ahead of the potential targets that Dortmund have lined up for replacement.

Let’s take a look at some stats to gauge how well the Ivorian has performed this season. 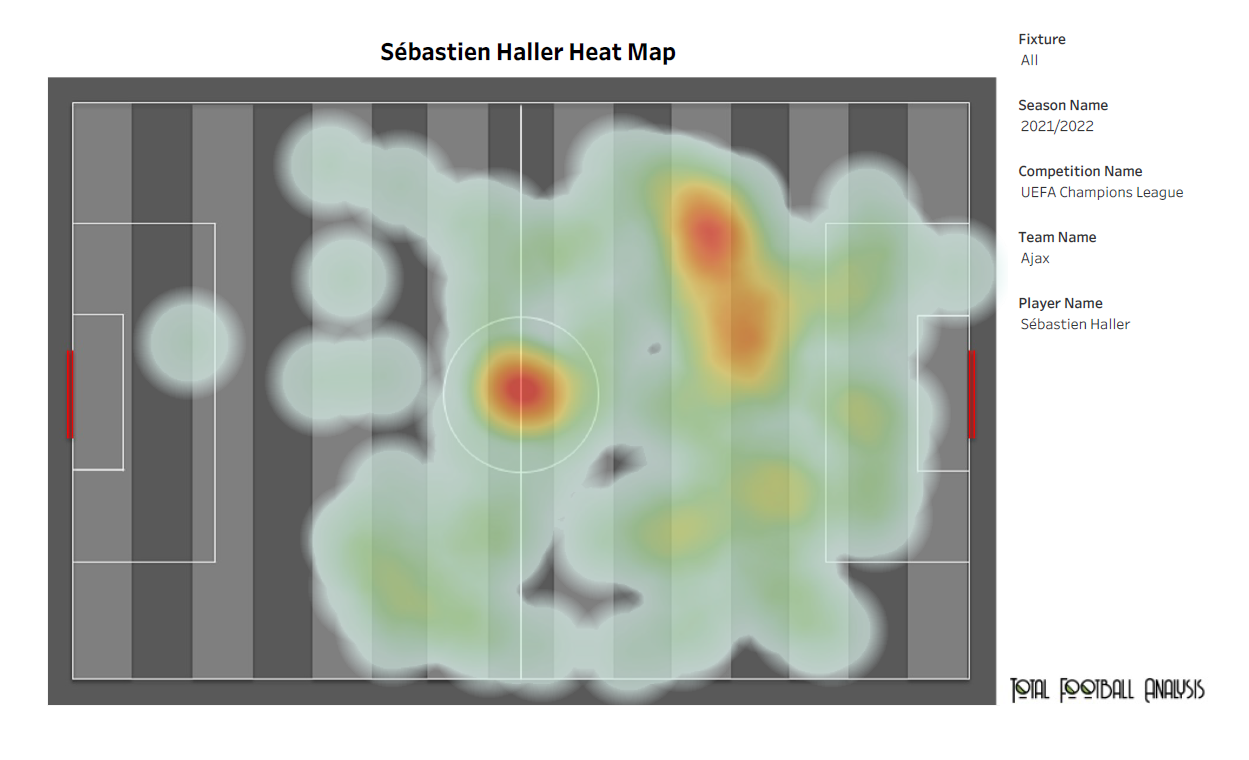 In the above viz, we can see Haller’s area of activity on the pitch. The Ivorian is a powerful right-footed striker and an adept finisher. He is capable of holding off the defenders while remaining a huge aerial threat. The 27-year-old is adept at using both feet, which allows him to shoot more quickly after picking up the ball. His use of both feet gives the opponent defenders less chance of making a tackle or attempting a block. Haller tries to create space for himself with his first touch and move ahead of the defensive lines. The Ivorian is also instrumental during his side’s build-up play, as he can drop deep to link up with his midfielders, contributing during possession. We can also see in the above viz that he is active near the centre, further indicating that he often drops deep. 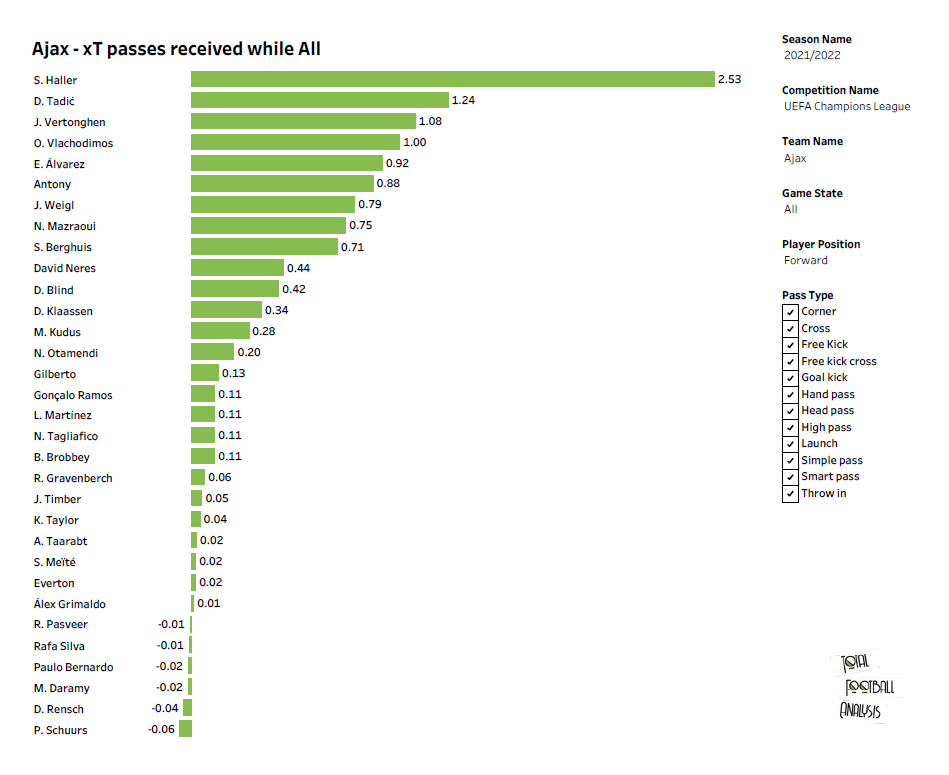 We can see the locations of Haller’s shots and goals in the above viz. All of his goals have been scored from inside the opposition box, indicating his high threat inside the box. His build allows him to be an ideal target man for crosses from the wings. At Ajax, he is supported by Tadic and Antony in the wide areas. The Ajax wingers try to stretch out the play, allowing Haller to exploit spaces in the defense.

Haller could slot into the role that is similar to the one Haaland currently plays. Although both strikers differ in terms of their hold-up play and pace, Haller, nonetheless, has proven himself to be just as capable a finisher as the Norwegian striker.