Borussia Dortmund’s winger, Thorgan Hazard, has been heavily linked with a move to English Premier League side Newcastle United. The 29-year-old winger was originally signed by Gladbach back in 2019. He was a former Chelsea player but was unable to make an appearance for the English club. His elder brother, Eden Hazard, was a former Chelsea player, and he made his name in the English Premier League. Now the winger is being heavily linked with the Magpies, who are investing a lot thanks to their new Saudi ownership. Thorgan Hazard has been a huge part of Borussia Dortmund’s plans, and the winger also carries an attacking threat with him. Erling Haaland has already left the club, and the club cannot afford to lose another star in the same transfer window. 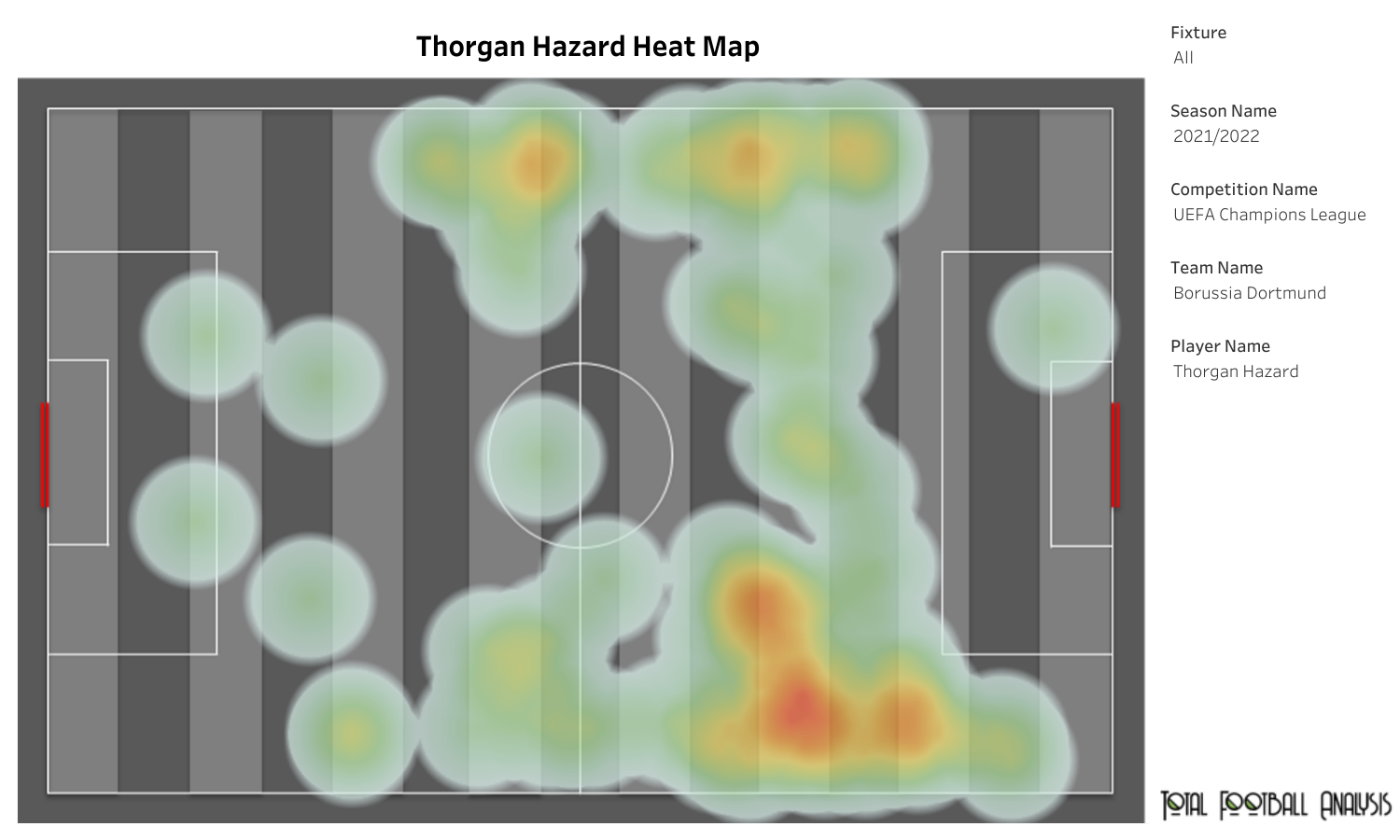 Last season, Hazard missed some of the matches due to injuries. He made 23 appearances in the Bundesliga, and this included only 14 starts. The above viz shows the heat map of the 29-year-old in three appearances that he made in the UEFA Champions League. He started in two matches and was subbed off early in one of the matches due to an injury. The winger failed to contribute towards scoring goals in the elite competition. By looking at the above viz, we can observe that the player appeared on both sides of the field, with the right side being his favoured side. Hazard is a left-winger, but with Marco Reus in the team, he had to feature on the opposite side. This shows that the winger is versatile with his positioning and provides an additional option to the manager. 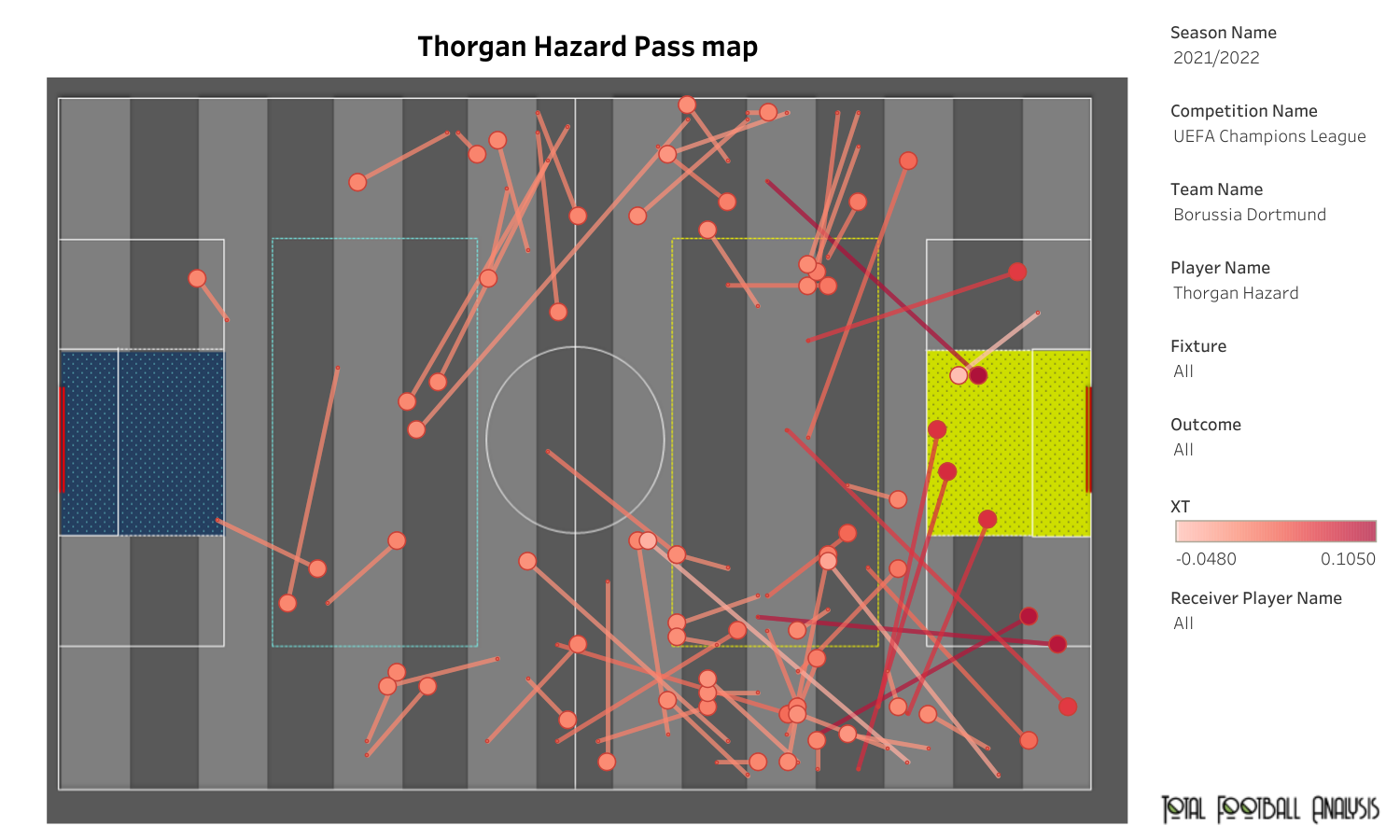 Hazard attempted 69 passes last season with an accuracy rate of 76.81%. These 69 passes included three crosses, one smart pass and one through pass each. Most of the passes were directed towards Julian Brandt (14). The above viz shows that the winger tried to deliver some dangerous passes into the opposition’s penalty box. He likes to stay wide and attempt passes towards the centre.

The Belgian was involved in 6.16 attacking actions but had a low success rate of 10%. He attempted four dribbles with a 50% success rate. The winger also averaged 2.47 shot assists per 90 minutes.

Thorgan Hazard scored four goals in the league and also provided an assist. He failed to contribute in the UEFA Champions League due to limited game-time. He can play on both wings, and he adds a lot of versatility to the team. Borussia Dortmund need such players to win the league title and compete in the Champions League. They will look to stop his transfer in case Newcastle United come all guns blazing to get the player.