Chelsea forward, Timo Werner, has reportedly been identified as a transfer target by Borussia Dortmund. He has been linked with a move back to Bundesliga after a mixed time with the Blues. Werner joined Chelsea in 2020, following an impressive season with RB Leipzig, where he made a goal contribution of 47 in 45 matches. However, despite winning plenty of silverware at Stamford Bridge, the 26-year-old has failed to measure up to the expectations.

This season, the German international has scored one goal and laid one assist in 14 appearances in the Premier League. Dortmund, who are likely to undergo an overhaul this summer, have identified Werner as a replacement. In a recent interview during the international break, Werner commented that his national team’s style of play might suit him better than Chelsea’s. The 26-year-old is reportedly pushing for an exit from Stamford Bridge, and amidst the Blues’ sanctions, a deal could go through if a suitable offer arrives.

Werner’s experience in his native Germany and Bundesliga could push Dortmund to pursue a deal for the forward. Although Werner has shown glimpses of his ability through his link-up play, his inability to finish crucial chances for the last two seasons has often let him down. With the departure of Erling Haaland a likely possibility, Dortmund would be in need of a replacement up front. While it’s difficult to predict whether Werner could replicate his form during his time with RB Leipzig, he could definitely become a threat in Dortmund’s attack with his explosive pace.

Let’s take a look at some stats to gauge whether Werner is a suitable candidate for Dortmund’s attack. 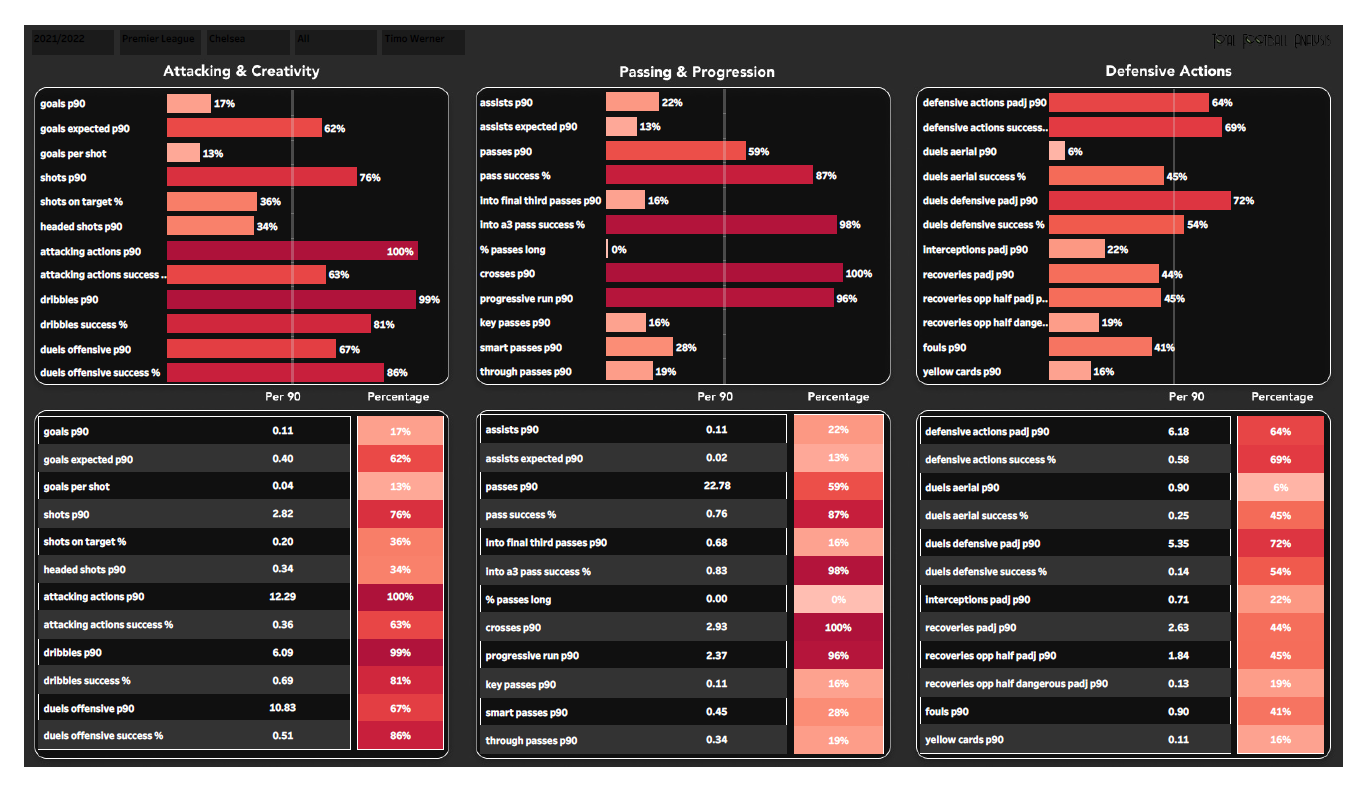 In the above viz, we can see Werner’s overall stats in the Premier League this season. In terms of attacking & creativity, the majority of his stats surpass the league median. His most notable stats are dribbles per 90, dribbles success rate, and offensive duels success rate. Werner stands at the 87th percentile in the league in terms of pass success rate and at the 96th percentile in terms of progressive runs per 90. The 26-year-old is known for his explosive pace and acceleration. Although his involvement in the build-up play was less in the past, Werner since then has improved a lot in that aspect. He has become much more capable of dropping deep to receive passes and linking up with his teammates.

The above viz displays the areas of the pitch where Werner is active. We can see that he has been most involved in half-spaces on the left wing and also inside the opponent’s penalty area. Werner is adept at making runs behind the defensive line. In forward areas of the pitch, he tends to drift towards the left between the defenders. While his decision-making during one-on-one situations is sometimes poor, nevertheless, he is a constant threat in the opponent’s half due to the variety of movements that he makes. 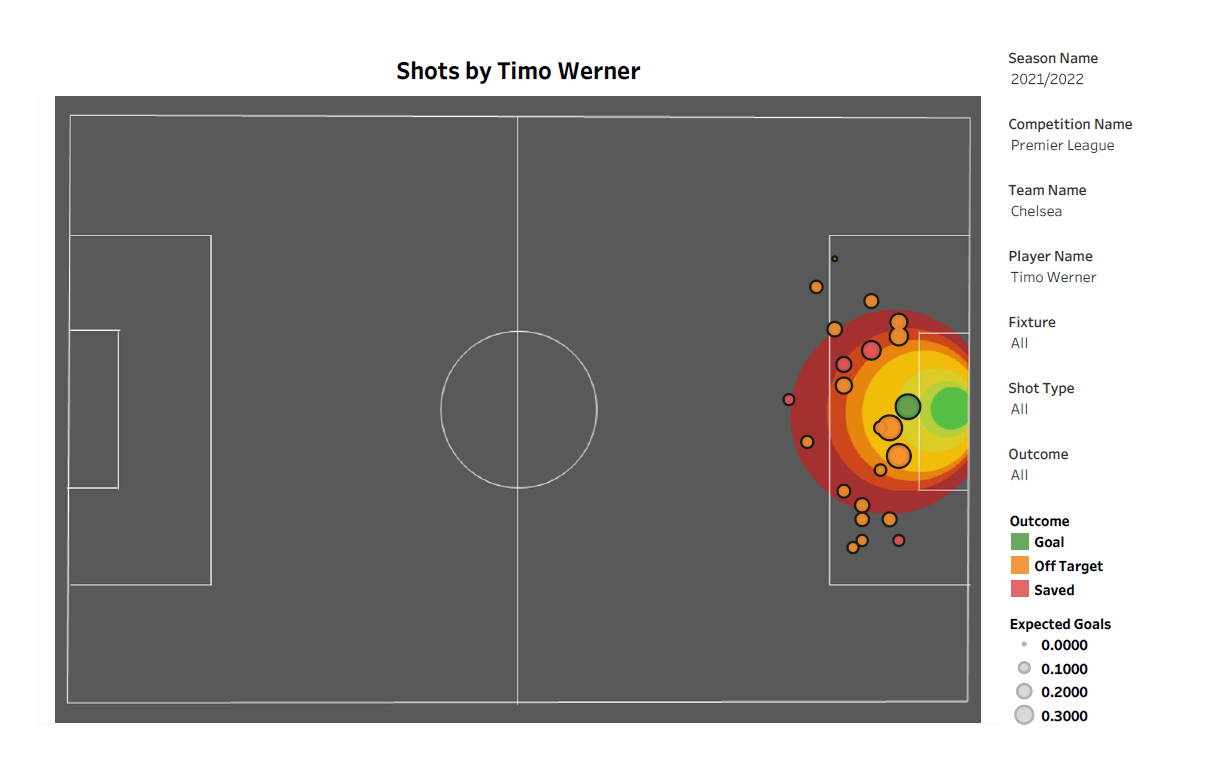 In the above ‘shot map’, we can see the location of shots taken by Werner. Most of his shots have been taken from inside the opposition box. The 26-year-old is positionally versatile as he can be deployed as a centre-forward, left winger, right-winger, and even as an attacking midfielder. Werner’s finishing and end product have come under scrutiny during his time at Chelsea, however, he has been involved in some crucial goals for his team.

Werner’s experience and success in the Bundesliga could play an important role in the Dortmund hierarchy’s decision to pursue a deal for the forward. A move back to his native Germany could possibly revive his career.