Borussia Dortmund have been linked with a move for Chelsea forward Timo Werner since they got the news that Erling Haaland would be departing in the summer. The Norwegian has signed for Manchester City, and Dortmund have acquired the services of Karim Adeyemi from RB Salzburg. The 20-year-old will join the German club in the summer. However, the youngster lacks experience in playing in the big leagues, and Borussia Dortmund are also looking for other options to strengthen their attack. Timo Werner has played for RB Leipzig and was sold for a big-money move to English Premier League side Chelsea. The German international has struggled to become a regular starter for the Blues in a star-studded attack. He is also eying a return to the Bundesliga and was a former target of Borussia Dortmund. 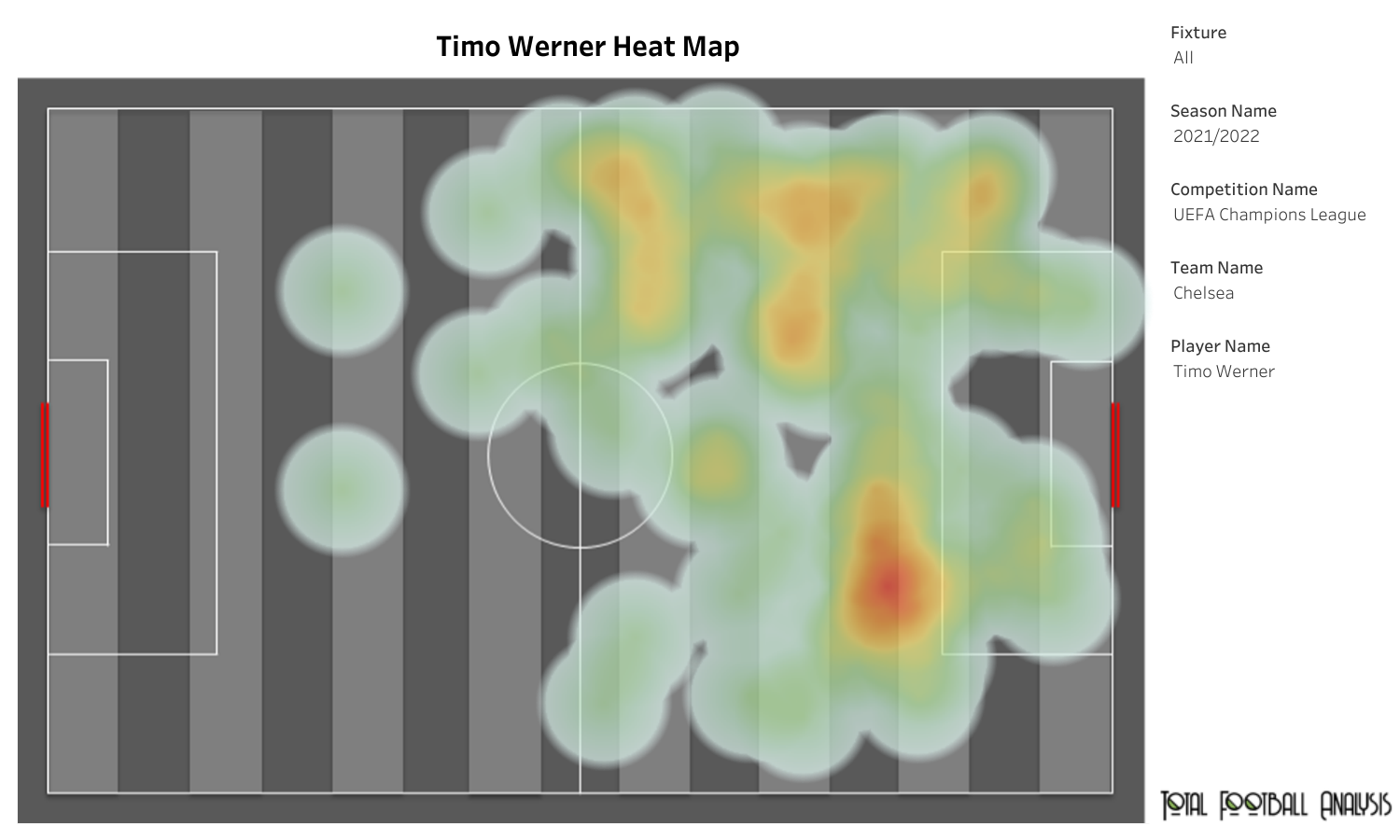 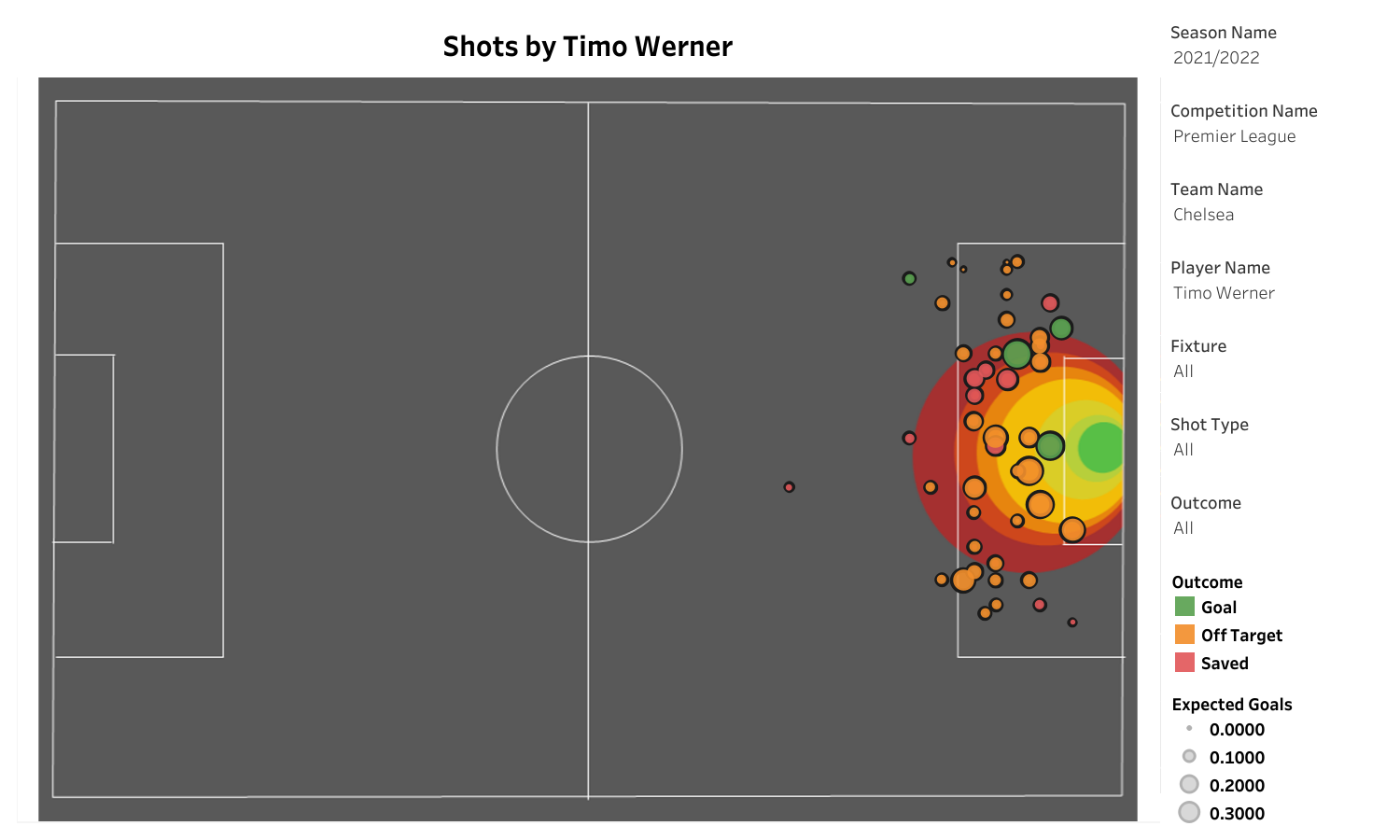 Werner has netted ten goals this season. He has scored four each in the UEFA Champions League and the Premier League. The other two goals have come in the FA Cup. The above viz shows all the shots attempted by him in the English Premier League this season. He has attempted 49 shots, and 14 of them were on target. We can observe that the forward has been effective whenever he attempts a shot from the left side. Most of the shots attempted from the right side have been off-target. He likes to cut inside and attempt shots towards the opposition goal. In the UEFA Champions League, Werner has attempted ten shots with a 40% shot accuracy rate. He has a similar shot map, and all the shots on target have been converted into goals. 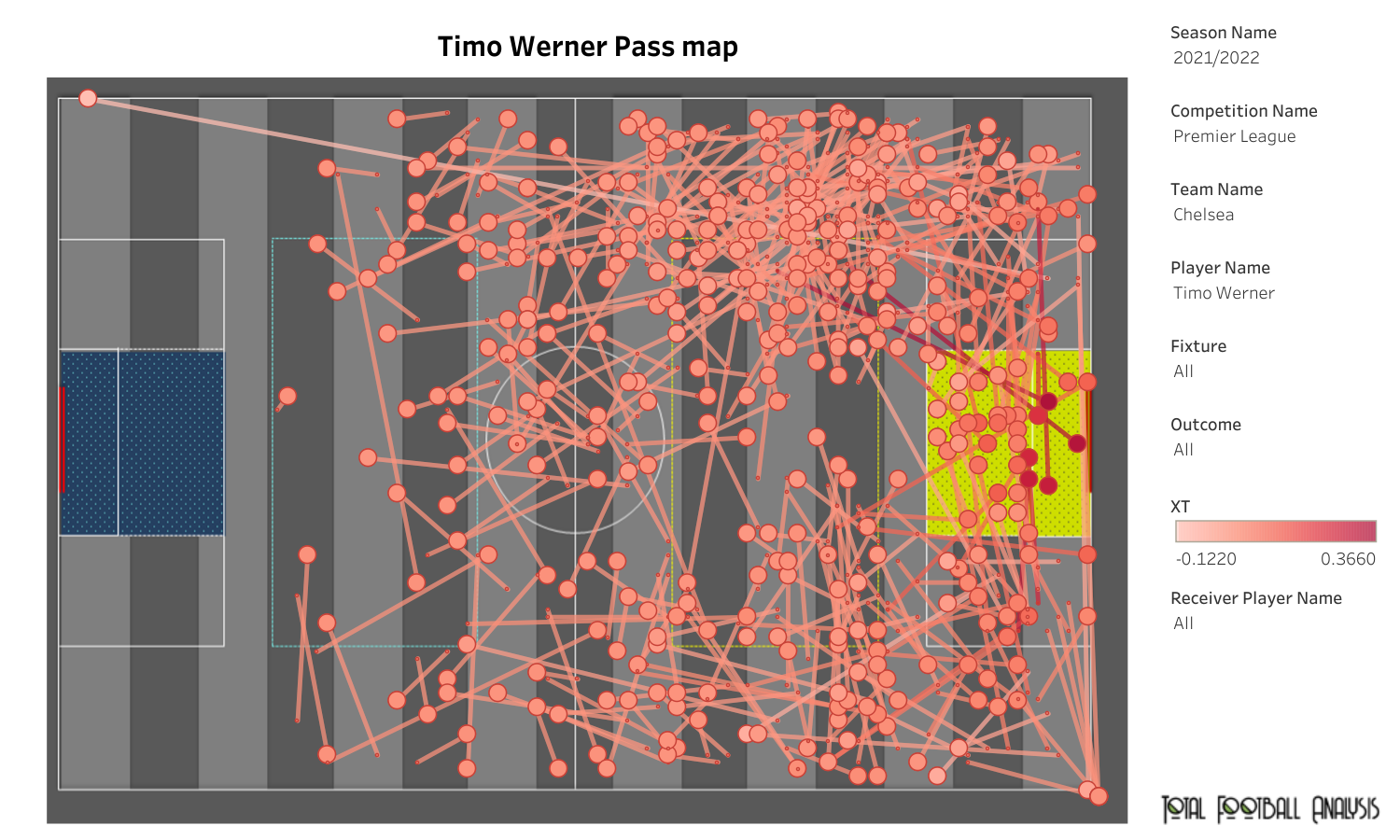 The 26-year-old has provided one assist in the English Premier League and two in the UEFA Champions League. The above pass map shows all the passes attempted by the players in the league. Most of the passes have been exchanged with the full-back and midfielder to build up play from the wider sides. He has attempted a few low crosses but has struggled to find a teammate inside the box. However, the player has created some threats whenever he has the ball at his feet.

Timo Werner is about to complete his second season at Chelsea. He was a regular part of Tuchel’s plans last season, and he netted six league goals and four UEFA Champions League goals in 47 appearances. The German international’s struggles in front of the goal resulted in less game time this season. The Blues also signed Romelu Lukaku, leaving the manager with 2-3 options to choose from. Werner is looking for more game-time and a move to Borussia Dortmund could be a good move for him. The German club will try to acquire his services in the summer.