Borussia Dortmund will face Copenhagen in their final match of Group G in the UEFA Champions League on Wednesday night. The Danish side is already out of the Champions League and will look to upset the rhythm of Dortmund, who sit comfortably in second place. In the home fixture, the German side thrashed the visitors with a 3-0 win at Signal Iduna Park.

Borussia Dortmund comes into this game on the back of a 2-1 victory over Eintracht Frankfurt in the Bundesliga. They won the game thanks to a stellar display from Gregor Kobel, who pulled off a string of saves in the second half to deny Frankfurt. Jude Bellingham scored the winning goal for them and looked in good touch as well.

Copenhagen, who are winless in the UEFA Champions League this season, will be trying to end their season on a high as they face the German giants. Their season has not been very great, both in Denmark and in Europe. They are in the sixth position in the Danish Superliga with 21 points from 15 matches.

We now look at some stats that could predict the outcome of the match. 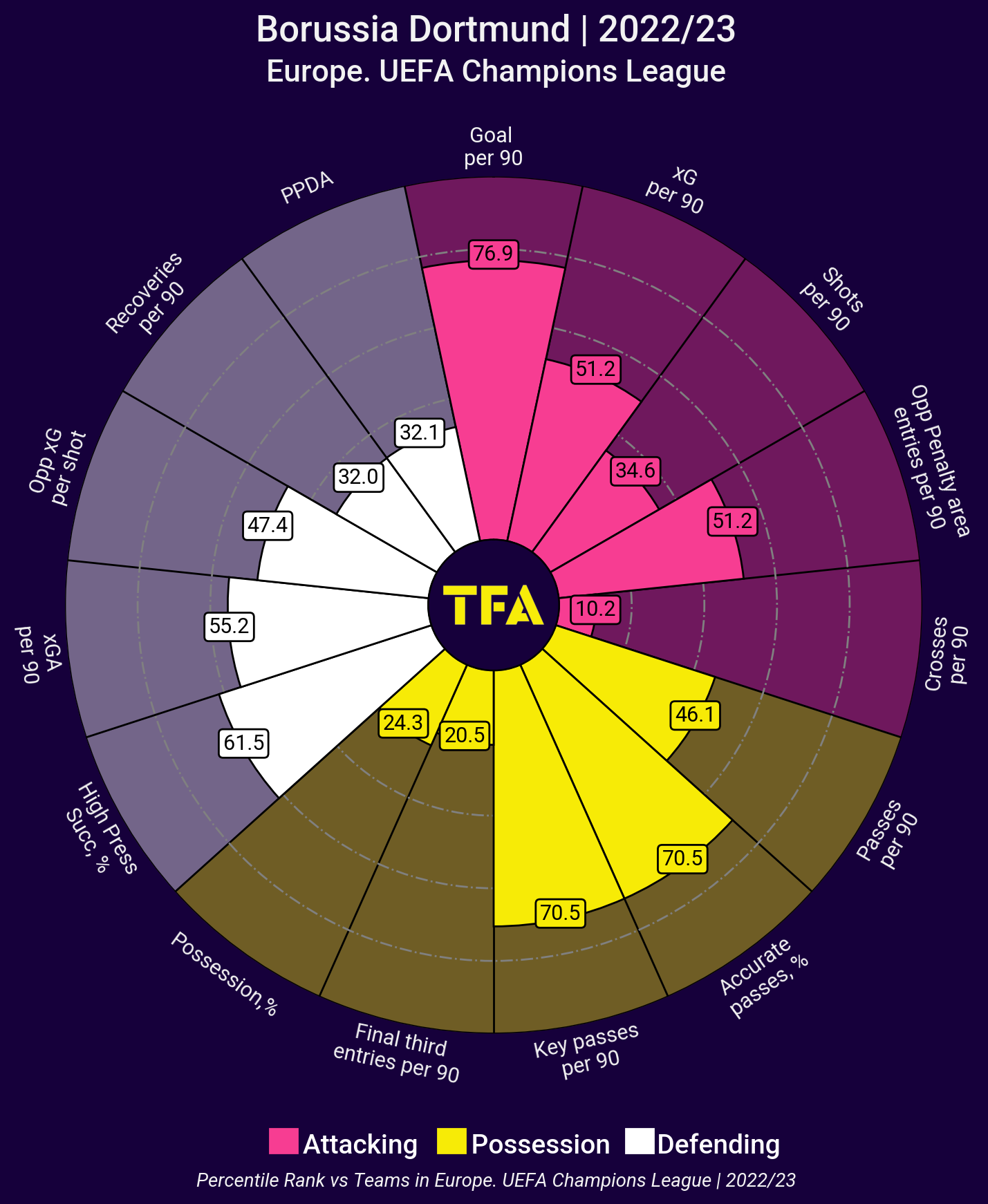 When these two teams met at the Signal Iduna Park, Copenhagen was lucky that they were only behind by three goals at full time. Such was the attacking threat that Dortmund posed. Marco Reus was a constant menace for the Danish team and scored the opener for Dortmund. The German veteran, however, will miss out on the reverse fixture due to an ankle injury.

Dortmund had 14 shots in the home fixture, but only four of them were on target, with a success rate of 28.57%. They had 62.65% possession as well. They played 661 passes and completed 588 of them, with a success rate of 88.96%. Their ability to find the top gear and attack was on full display in Dortmund. They will look to produce a similar performance in the Danish capital as well.

The hosts also had an xG rate of 2.5. They had seven shots from inside the penalty boxes and converted three of them. Marco Reus, Raphael Guerreiro, and Jude Bellingham all scored for them.

Defensively, Dortmund have not been bad this season. They have conceded an average of 0.8 goals per game this season. On average, the opposition has played 9.6 shots onto the Dortmund post with 37.5% success. They have 53.8 defensive duels per game and have a success rate of 60%. The addition of Niklas Sule and Nico Schlotterback has made things better for Dortmund’s defence. 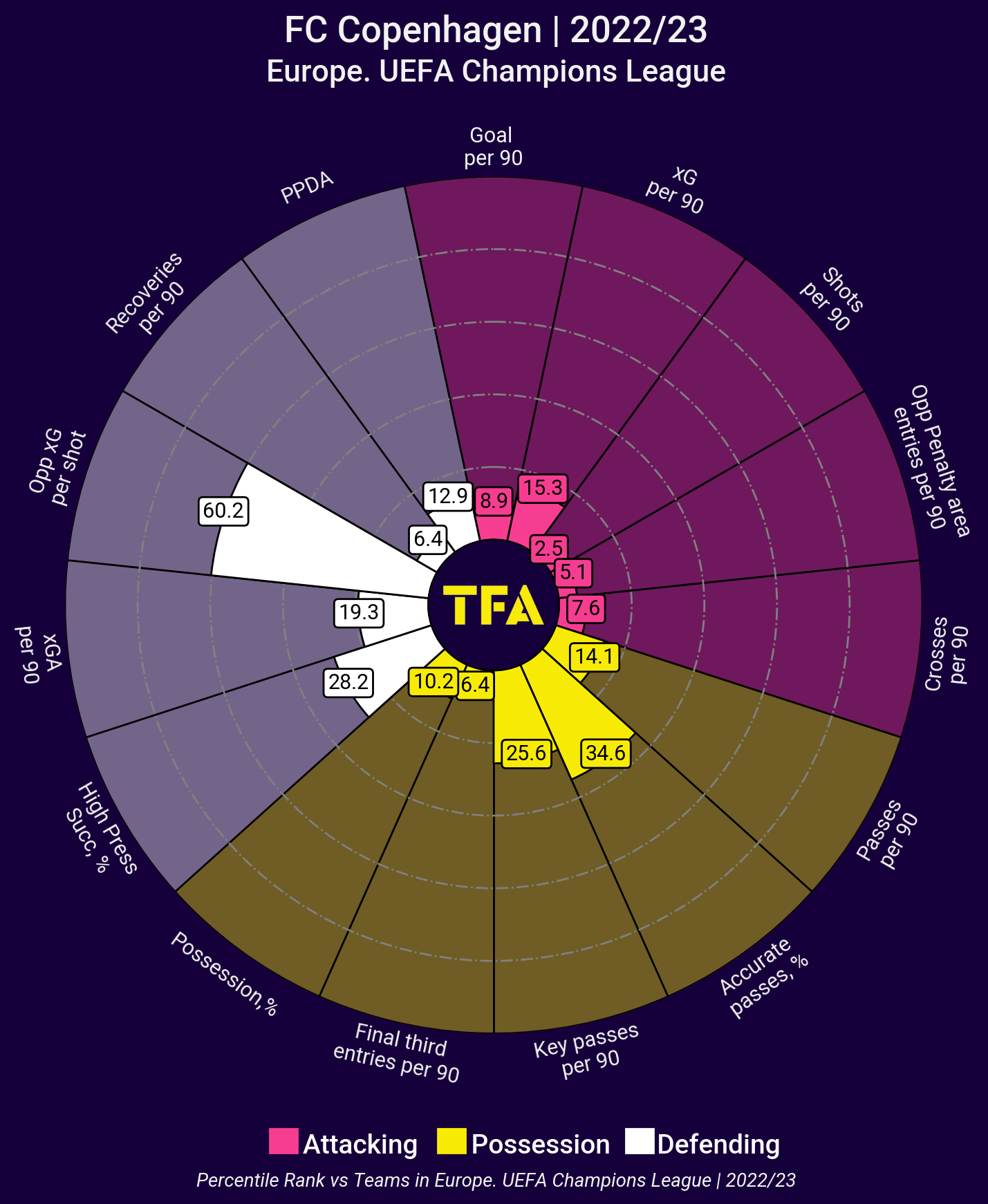 Copenhagen has not scored even one goal this season in the Champions League group stages and has conceded an average of 1.71 goals per game. They also have a very low average value of 0.7 for the xG rate. The Danish side has a passing success rate of 83.1%, but they only launch 20 positional attacks per game, with a mere 20% accuracy. They also don’t enjoy a lot of possession, as their average possession per game is just 36.46%.

In the away fixture, Copenhagen only had five shots, and only two of them were on target. They had only 37.35% possession and, on top of that, they lost the ball 100 times during the whole match.

Copenhagen played only 7 crosses in the match against Borussia Dortmund and only two of them were successful, with a 28.5% success rate. They will be hoping to put up a better show on their home turf.

Defensively, they have conceded an average of 1.71 goals per game and have had an average of 16 shots played against their post. But even though that is the case, it can be said that their defence in this Champions League season has been better than their attack as they managed to get two draws, one against Manchester City and one against Sevilla. They contest an average of 71 defensive duels per game and do so with 62.6% success. The Danish side will be hoping they can put up a defensively strong performance against a strong Dortmund team. 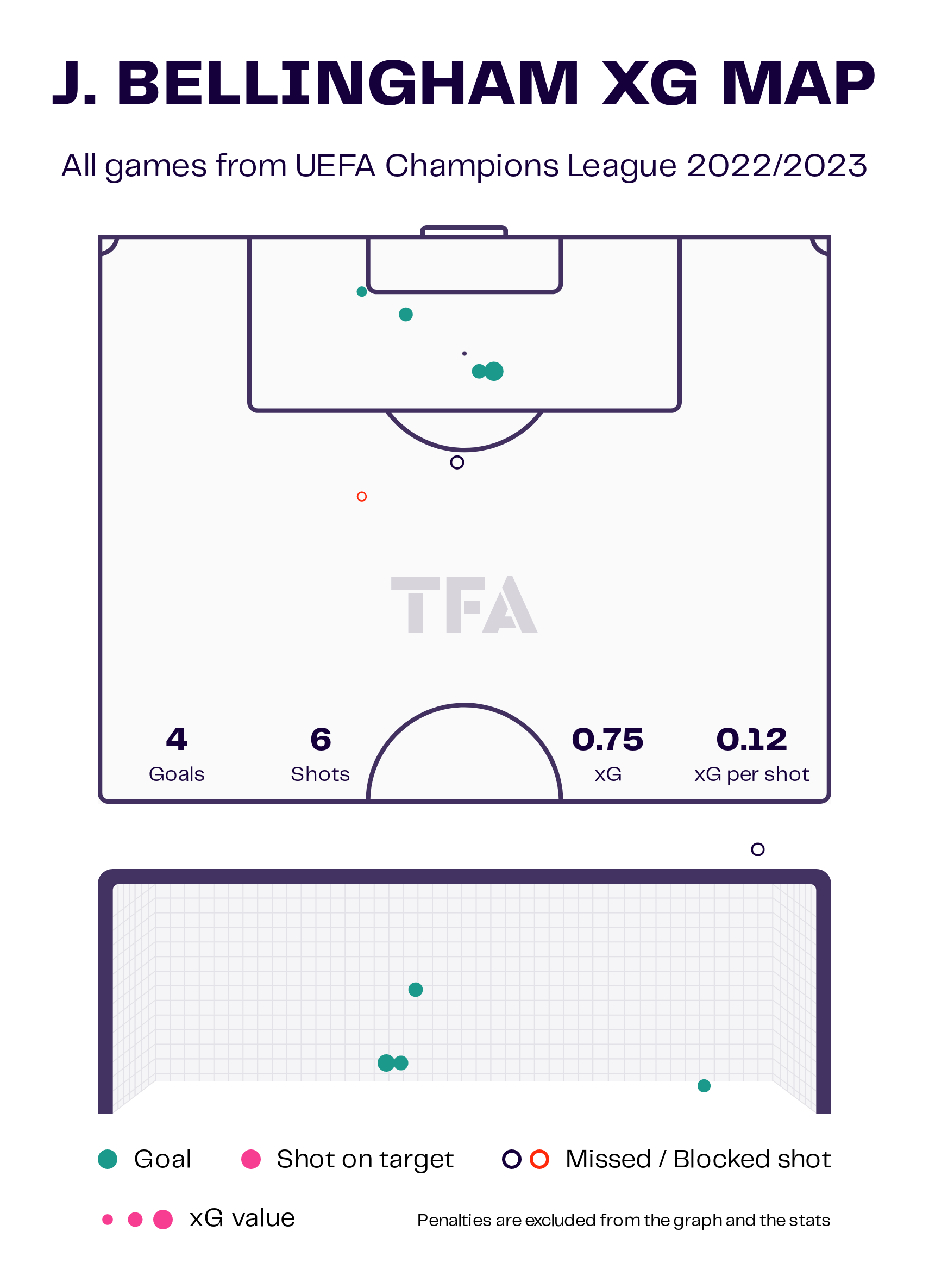 Jude Bellingham is in staggering form and is an integral part of this Dortmund side. He has four goals to his name in the Champions League this season and will be looking to deliver another stellar performance for his team. The young captain has an xG rate of 0.75 in the competition this season. His ability to play the perfect pass makes him a nightmare for the opposition. He has a passing accuracy of 85.5% and 79.9% for passes in the final third. Borussia Dortmund will be looking to him to deliver yet another good display.

Copenhagen will turn to their goalkeeper once again as they face Dortmund in Copenhagen. He has made 24 saves this season and is the goalkeeper with the third-highest saves this season. The Polish international already has one clean sheet to his name when his side managed to find two goalless draws against Manchester City. He saved Riyad Mahrez’s penalty and denied City three points. The home side and fans will turn to him once again to keep the Dortmund attack out.

Copenhagen will go into this match without centre-back Davit Kocholava as he misses out due to suspension. Akinkunmi Amoo and Zeco will also not be playing as they are both out with ligament injuries.

Borussia Dortmund also have a few players ruled out due to injury. Marco Reus, who was brilliant in the home fixture, is ruled out due to an injury. Another player who will miss this clash is Raphael Guerreiro, who scored against Copenhagen from Dortmund.

Borussia Dortmund had a comfortable home fixture and will be hoping to reproduce that performance as they travel to the Danish capital. If they find half as well as they did at home, it will be a piece of cake for them. Copenhagen, on the other hand, will go into this match hoping to pull off a miracle as they did against Manchester City.

Visuals via Wyscout and the TFA data viz engine