Youssoufa Moukoko is one of the hottest properties in modern-day football. He is a 17-year-old striker who has made 30 league appearances for Borussia Dortmund in his career, along with two appearances in the UEFA Champions League and four in the UEFA Europa League. The player has even represented Germany at the under-21 level at such a young age. He has been linked with a move to several clubs in the previous season as well as this one. Borussia Dortmund have now focused their attention on keeping the player and not letting him go. He is a future star who could represent his club and country at the top level.

Last season, the attacker made 16 appearances in the league and scored two goals. The player was only made to start in one match. In the UEFA Champions League, Moukoko made one appearance against Beşiktaş. He just spent 28 minutes on the pitch, and he wasn’t involved in a lot of plays. 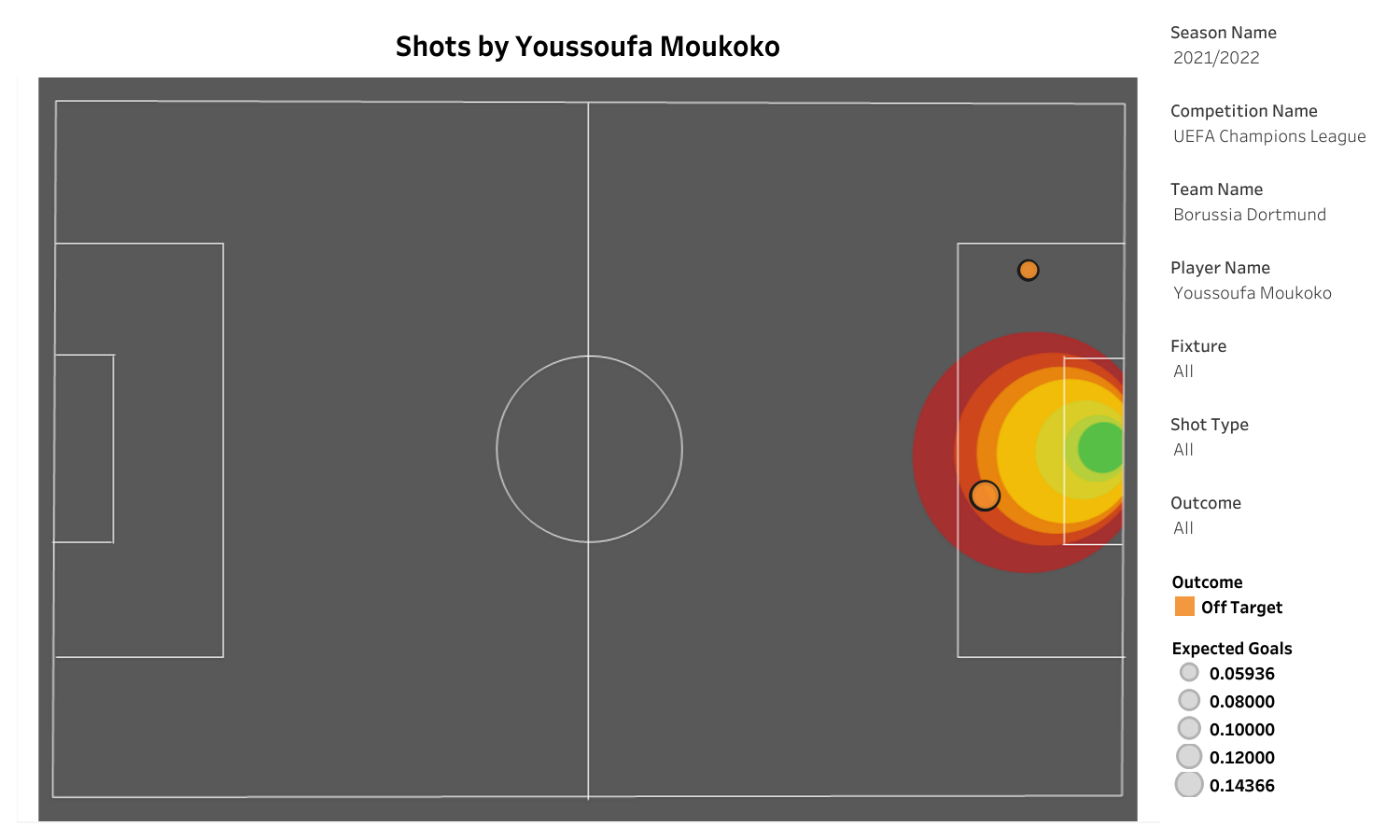 Moukoko was able to attempt two shots against Beşiktaş but was unable to hit the target. Both shots were attempted from inside the opposition’s penalty box. He created an xG rate of 0.27 with these two shot attempts. The two shots that he attempted were the only two touches that he took inside the opposition’s penalty box. Other than this, the forward attempted three dribbles in that match. 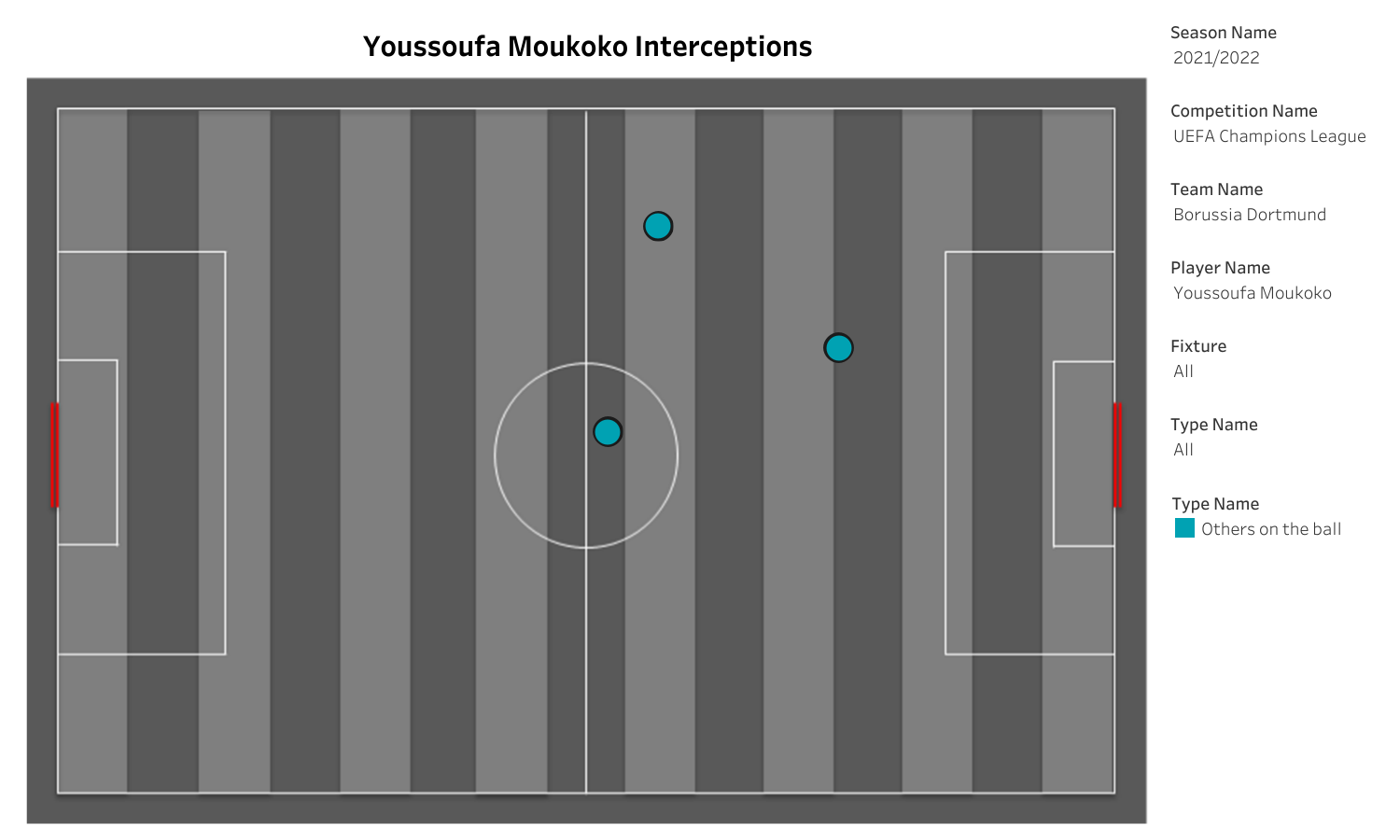 The youngster made three crucial interceptions, and all of them were made when the opposition player was on the ball. Other than this, the player also made two recoveries, and both were made inside the opposition’s half.

Youssoufa Moukoko struggled for game-time, and this is the reason why he is looking for a move away in the summer. However, Borussia Dortmund won’t let him leave that easily and will offer him a good contract that would make him stay at the German club. He is still in the learning stage and will look to make full use of the opportunities present in front of him. Borussia Dortmund should retain the player for the upcoming season.